Brendan Rodgers has paid tribute to James Maddison for dragging himself up from a ‘vulnerable place’, with the Leicester boss claiming the midfielder deserves to be part of England’s plans once more.

Maddison netted a fine strike in Leicester’s 1-1 draw with Chelsea on Thursday night. It means, after having been in and out of the starting XI earlier this season, the 25-year-old has five goals and four assists in his last 11 Premier League appearances.

Mason Mount (21), Jarrod Bowen (22) and Harry Kane (24) are the only English players to have scored or assisted more than Maddison (18) this season and yet his 34-minute cameo against Montenegro in 2019 remains his sole England outing. 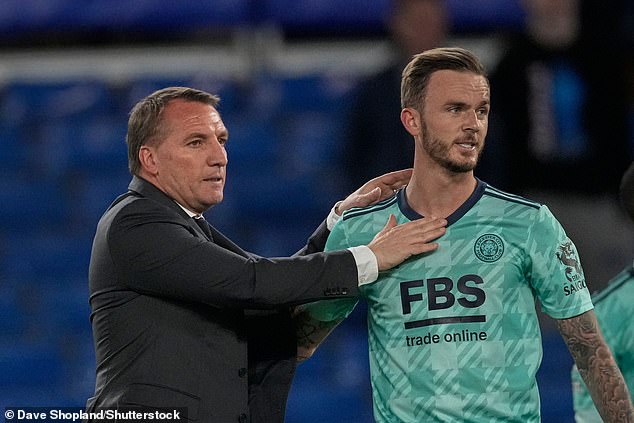 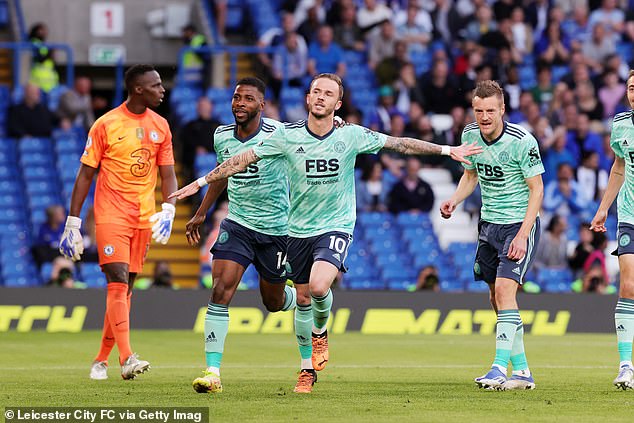 ‘I look at the England guys, and the wealth of talent – I love Mason Mount, what a talent he is. I look at the other boys – Jack Grealish, Harry Kane. I definitely think he’s deserving of being around that,’ Rodgers said.

‘His numbers prove that. With all due respect, he’s not playing in a team right at the very top. He’s having to create and manufacture a lot of this for himself. He’s a big, big player.’

Rodgers added: ‘He’s been one of the top English players of the last couple of seasons. For him and England, it’s only about preference. It’s who Gareth (Southgate) prefers.

‘But you can’t argue with his talent, his quality and how he’s maturing as a footballer.’

The Leicester boss refused to take credit for Maddison’s resurgence. Instead he highlighted the midfielder’s willingness to listen in a way many other players wouldn’t. 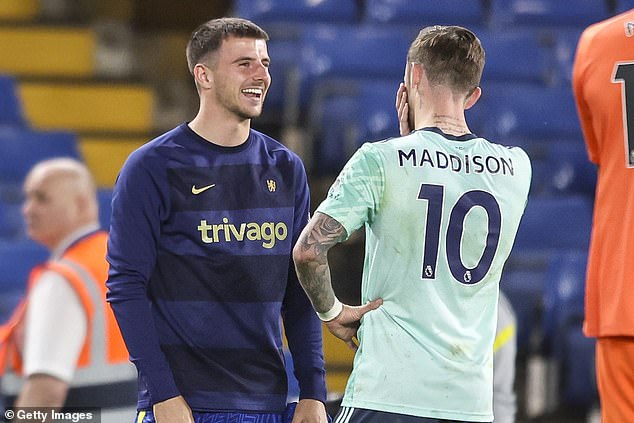 ‘He was in a vulnerable place but he showed great courage to recognise that,’ Rodgers said. ‘It’s all down to the player.

‘What I’ve always tried to be is clear, give them clarity on where they need to improve.

‘He’s the type of boy that you can do that with. He’s very honest. Some players you do that and they don’t speak to you for 10 years!’

The key to Maddison’s upturn has been simple enough: running.

‘It’s just about stripping back his game and getting fundamentally the work into his legs,’ Rodgers said. ‘Everything else comes with that with James because he’s so talented. 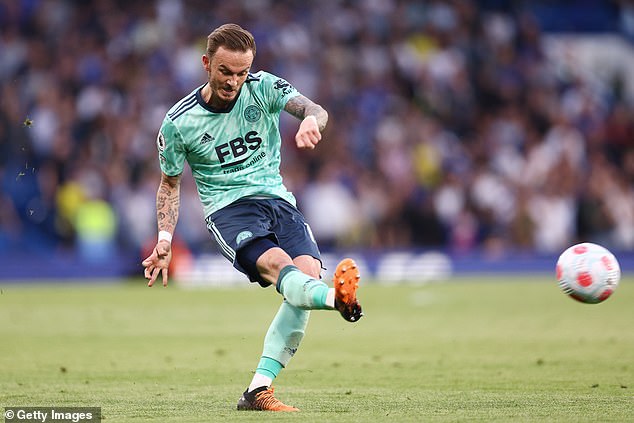 ‘I love watching him play, I really enjoy seeing him in games, take the ball, how he can manoeuvre past top players, the threat he has, the confidence he has.

Anything but defeat by Southampton on Sunday would secure a top-half finish for Leicester. Rodgers hopes a couple of signings can help his side return to the top-four tussle next season.

‘I certainly think we can fight like we’ve done for the last couple of years,’ Rodgers said. ‘I’m really looking forward to the summer… reset again, have some fresh energy into the squad and then we can go on the attack next season and see if we can be up where we’ve been for the past few years.’