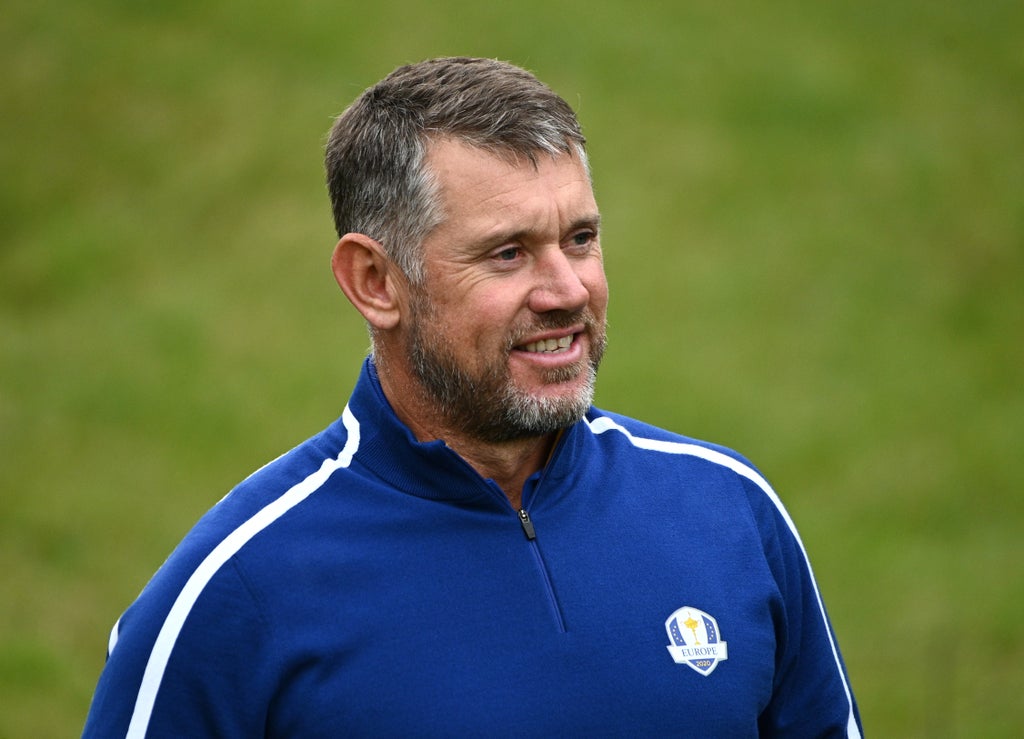 Lee Westwood admits it would be a “massive honour” to become Ryder Cup captain and concedes time is not on his side when it comes his dream of a record 12th playing appearance instead.

Westwood is favourite to succeed Padraig Harrington and lead Europe’s bid to regain the trophy in Italy in 2023 after their humiliating record defeat at Whistling Straits.

Yet the 48-year-old’s singles victory over Harris English, which went almost unnoticed with the home side’s celebrations already well under way, means the former world number one has not entirely given up hope of playing at Marco Simone Golf Club in two years’ time.

“Be old to be playing Ryder Cup, won’t it? But when you have weeks like this, make such good friends and grind hard and come from two down with four to play to win your point, it makes you want it more.”

The Ryder Cup captain is selected by a five-man panel comprising the three most recent captains – Harrington, Thomas Bjorn and Darren Clarke – as well as representatives of Ryder Cup Europe and the European Tour’s tournament committee.

There is no fixed time frame for the decision to be taken, with Harrington appointed four months after the win in Paris.

“I don’t know how it all works to be honest,” Westwood added. “I assume I’ll get three or four months to think about it but people keep coming up and saying ‘are you going to be the captain in Rome?’.

“I’d prefer to play but Father Time’s not kind is he? Trust me, it’s better playing than it is watching. I had to sit through that s**** in Paris (as a vice-captain). There’s one thing worse than playing practice rounds at the Ryder Cup and that’s watching this lot do them.

“Obviously being Ryder Cup captain is a massive honour and it is something I’d want to do, why wouldn’t you? I’m sure Padraig’s enjoyed it even though it’s not gone right for him this week.

“It’s got to be some time in my future but I don’t want to let go yet. I still feel competitive. Obviously when you lose you want to win it back the following time.

“I’ve been on four losing sides now and it’s more fun when you win, there’s no doubt about that, and it just makes you more determined for the next time it comes around.”

Westwood has already given thought to changing the qualifying system after this year’s ended at the BMW PGA Championship at Wentworth, one of the European Tour’s flagship events.

“My first thought would be four (qualifiers) off the European points list, four off the world list and four picks,” Westwood said.

“There’s got to be some sort of qualifying because you want your players to play under pressure. That was the nice thing about Bernd (Wiesberger) doing everything late on in Switzerland and Wentworth.

“You knew he would drop into the Ryder Cup and he came out and birdied the first two holes. If you can play under pressure and qualify for the team you can come out here and represent the team when you get under the heat.

“I just feel like Wentworth is a massive tournament which should stand on its own, it shouldn’t need the distraction of it being the last qualifying event.

“Padraig has had loads of good points that future captains can take off him – the way he talked to the team this week were some of the best I’ve seen from captains and he sent us all out there in the right frame of mind.

“Even me who’s been doing this 28 years, he gave me new things to think about and different approaches and was very insightful all the time.”