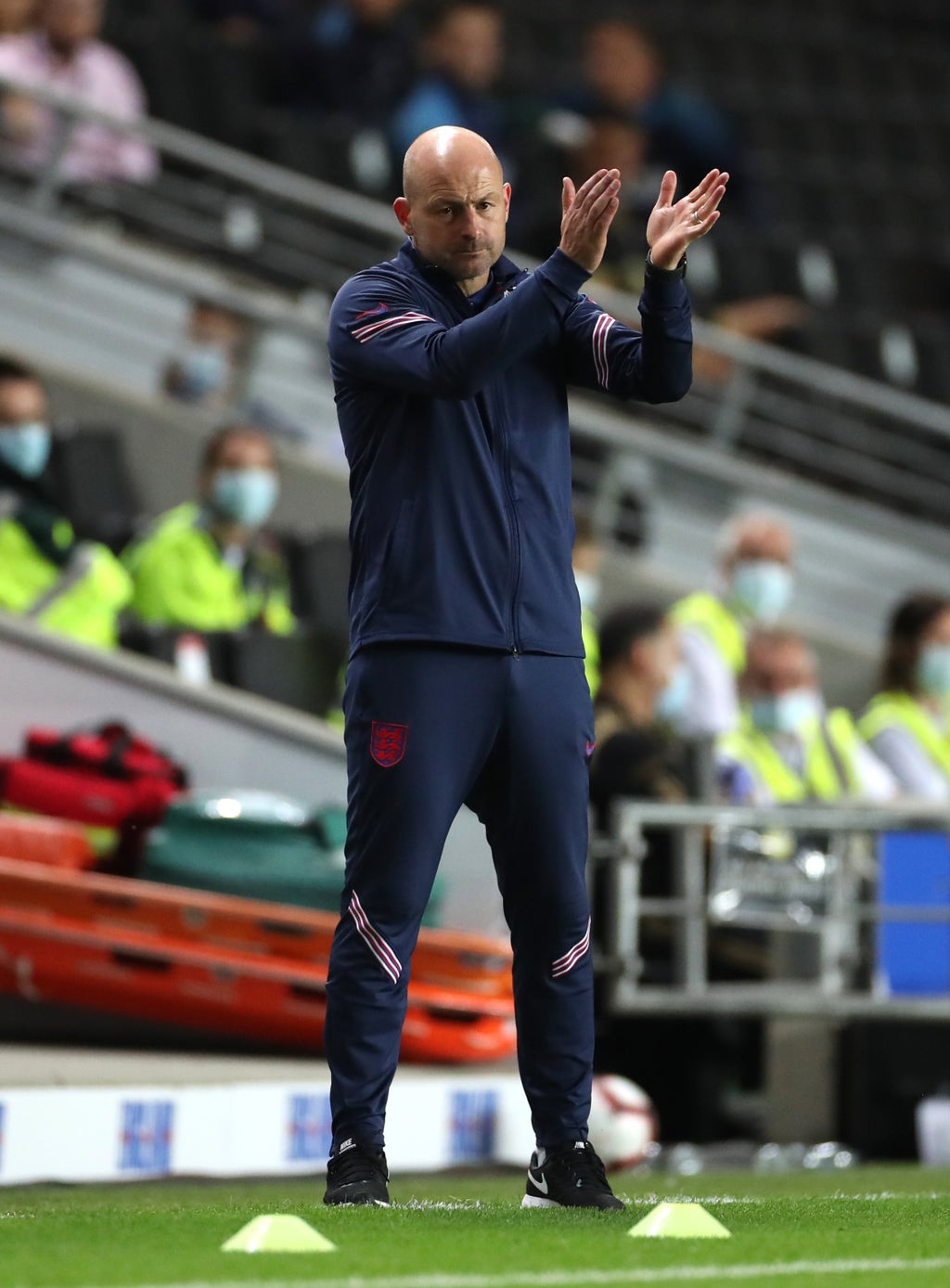 Rhian Brewster was controversially sent off as the Young Lions struggled to find a breakthrough.

They sit third in Group G, two points behind the Czech Republic and Albania following last week’s draw in Slovenia and Monday’s victory.

Carsley said: “Yeah, (it’s) definitely (a relief). The idea is to win every game but, like you saw against Slovenia, we didn’t make it easy at times tonight. They were tough and stubborn to break down.

“It was pleasing that the one goal we did get was a counter from one of their times coming out to try and score. It was a great finish by Emile and excellent from Curtis (Jones) as well.

“Rhian needs to learn. It was harsh, innocuous, but ultimately we had to grind a result out. I’m really pleased with the spirit the lads showed.

“We’ve had 80 per cent possession and 15 shots, they haven’t had a shot and we could have ended up drawing 0-0.

“They were never going to come and attack us too much but when I looked at the draw a while back you know games like this are going to be really tough.”

England, who drew 3-3 in Andorra a year ago, toiled for long spells as the gritty hosts defended well.

Goalkeeper Rodriguez Gimenez was never forced into serious first-half action but Brewster should have put England 1-0 up instead of poking James Garner’s cross wide from five yards after the break.

Brewster’s night failed to improve when, already on a booking, he was surprisingly sent off in the 56th minute.

The Sheffield United striker shielded the ball from skipper Eric Vales and, when the defender went down, referee Igor Stojchevski improbably showed Brewster a second yellow, much to the forward’s disbelief.

Jones replaced Garner in the reshuffle and the Liverpool midfielder, fit again after a groin problem, teed up England’s winner in the 67th minute.

He burst forward following an Andorra corner to slip in Arsenal’s Smith Rowe who finished low past the keeper.

Carsley added: “I’m not surprised by the impact he (Jones) had. He’s a top player but we had to be really careful as he’s been carrying a groin issue. We would never put him at risk.

“Up until yesterday I wasn’t sure whether to go with him or start him from the bench. All the substitutes made an impact, the whole squad was up when we got the goal. It was a good win in the end for us.”