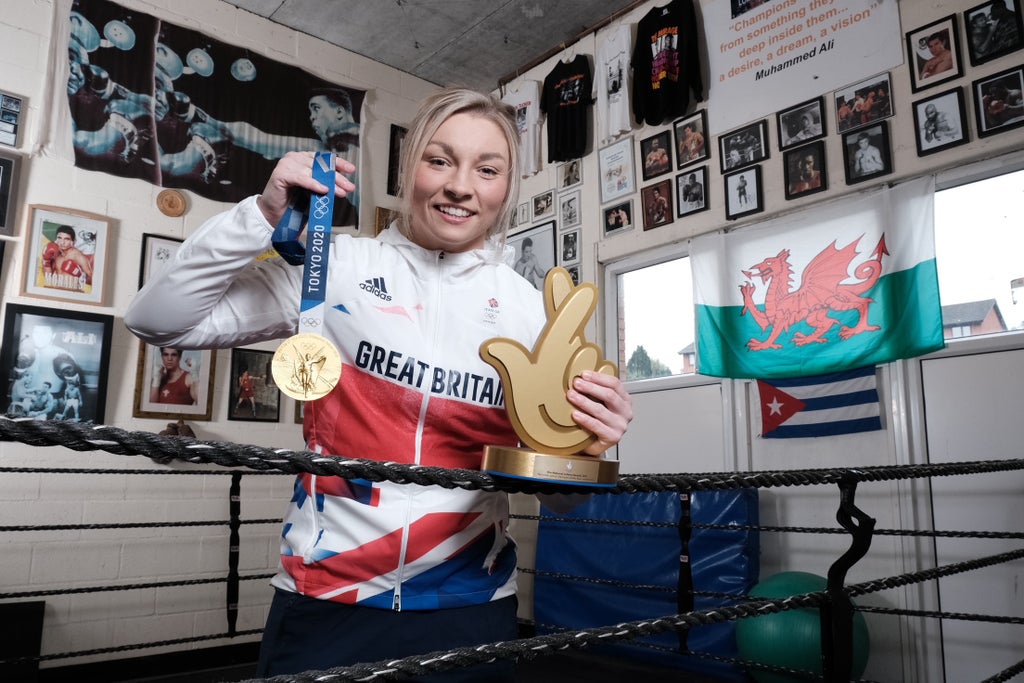 When you’ve conquered as many sporting worlds as Lauren Price, an Olympic Games effectively becomes a reunion.

And as the newly-crowned middleweight champion recounts bumping into faces from her past this summer, the magnitude of their shared achievements start to sink in.

“I was in the holding camp with Sophie Ingle – we used to play football together for Wales,” Price begins.

“I lived with Jade Jones and Bianca [Walkden] when I did taekwondo, so it was great to catch up with them.

“Then with Lauren Williams, we go back to when I started kickboxing as we’re from the same club. That’s great for Devil Martial Arts and Rob Taylor, having two Olympic medallists who started there.”

She pauses, reflecting back on those earliest of days for a Caerphilly duo who now both have the freedom of the borough.

“It’s crazy, especially for me and Lauren,” Price continues.

“We achieved everything as kickboxers, we were both world champions numerous times, so to be at an Olympics together was amazing. It’s mad to think about it years down the line.”

With the last of the three ticked off in style when Price won the 22nd and final gold of an unforgettable fortnight for Team GB, the all-action 27-year-old has allowed herself time to let the achievement sink in.

Ultimately, though, the question of ‘what next?’ arises. After all, motivation can be notoriously hard to find for athletes in the aftermath of fulfilling a lifelong ambition as they ponder whether the feeling can ever be replicated.

Not for Price, however, who is now weighing up the next destination on her incredible sporting journey.

“You just have to have other dreams, don’t you?” she said. “I’ve achieved everything as an amateur and ticked every box. I’m in a very good position and a lot of doors have opened. I’m sitting on the fence at the minute, enjoying everything, getting back into training and then I’ll speak to Rob [McCracken, GB Boxing performance director].

“He’s a great guy, I trust him a lot and if my career is in his hands, I’ll be successful.

“If I was to go pro, I’d want to follow in the footsteps of Katie Taylor and win all the belts – and earn a good wage as well. If that’s not motivation, I don’t know what is.”

Before Price decides which path to take, she has another accolade to add to her mantelpiece.

The Welsh star has been crowned the inaugural Olympian of the Year at the National Lottery Awards, beating the likes of Adam Peaty and Tom Daley in a public vote.

“It means the world to me,” she said. “If it wasn’t for National Lottery funding, myself and a lot of other athletes wouldn’t achieve our dreams.

“It has been insane since coming back. I had about 300 people outside my house in the Welsh valleys and when I was in London a few days ago, people recognised me and were talking about my fights.

“The support I have received has been great and I can’t thank people enough.”

No one does more to support our Olympic and Paralympic athletes than National Lottery players, who raise more than £30 million each week for good causes including grassroots and elite sport. For more information about The National Lottery Awards visit www.lotterygoodcauses.org.uk and follow the campaign on Twitter: @LottoGoodCauses #NLAwards