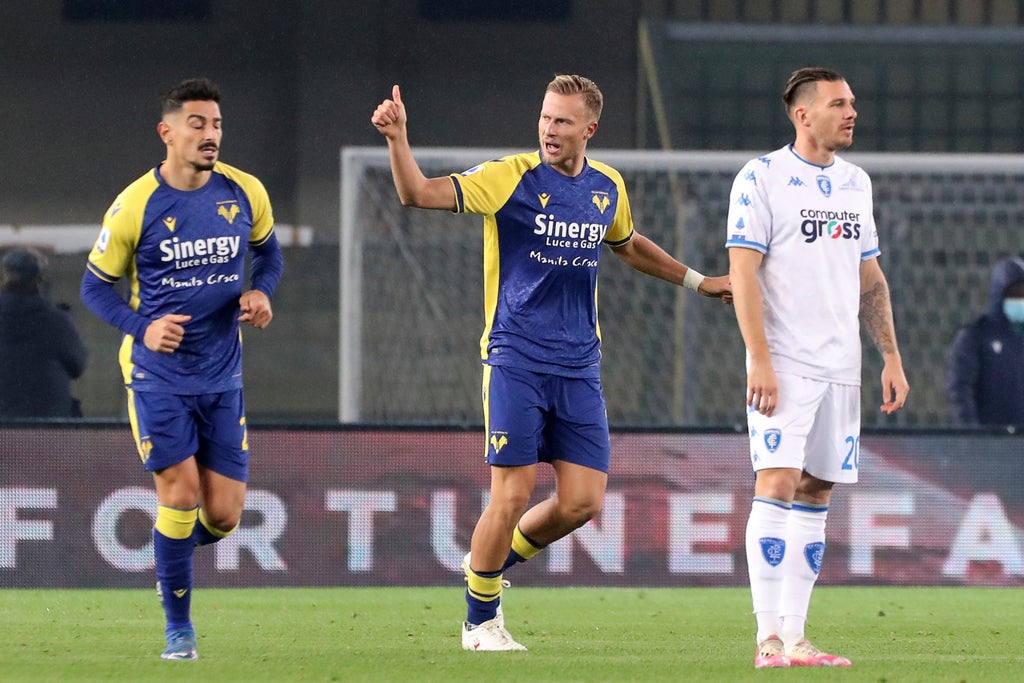 In an end-to-end game, Liam Henderson hit the crossbar for the visitors during a goalless first half, but it was the hosts who took the lead four minutes after the restart through Antonin Barak’s header from Darko Lazovic’s cross.

Simone Romagnoli levelled for Empoli with 23 minutes remaining, but their hopes of emerging with a point were dashed in stoppage time when Tameze’s goal snatched victory to extend his side’s unbeaten run to five games.

Brazilian Bremer’s second-half goal proved decisive as Torino beat Udinese 2-1 to ease themselves into 11th place in the table.

Josip Brekalo blasted the Turin side into an eighth-minute lead, but Udinese, prompted by Gerard Deulofeu, might have been level within two minutes when Rodrigo Becao only just missed the target.

Bremer extended the lead three minutes into the second half, and although substitute Fernando Forestieri reduced the deficit with 13 minutes to play, there was no way back.

Trejo’s strike cemented a 3-1 home win over Real Mallorca which took his club to within three points of the top four after 14 games.

Vallecano took a stranglehold on the game with two goals in four first-half minutes when Sergi Guardiola fired them into a 16th-minute lead from Santiago Comesana’s through-ball and Alvaro Garcia doubled their advantage when he rounded off a pacy break.

It was effectively over with 27 minutes remaining when, after Guardiola had been impeded by Martin Valjent, Trejo converted the resulting spot-kick to make it 3-0.

Substitute Abdon Prats pulled one back for the visitors with a minute of normal time remaining, but too late for it to matter.