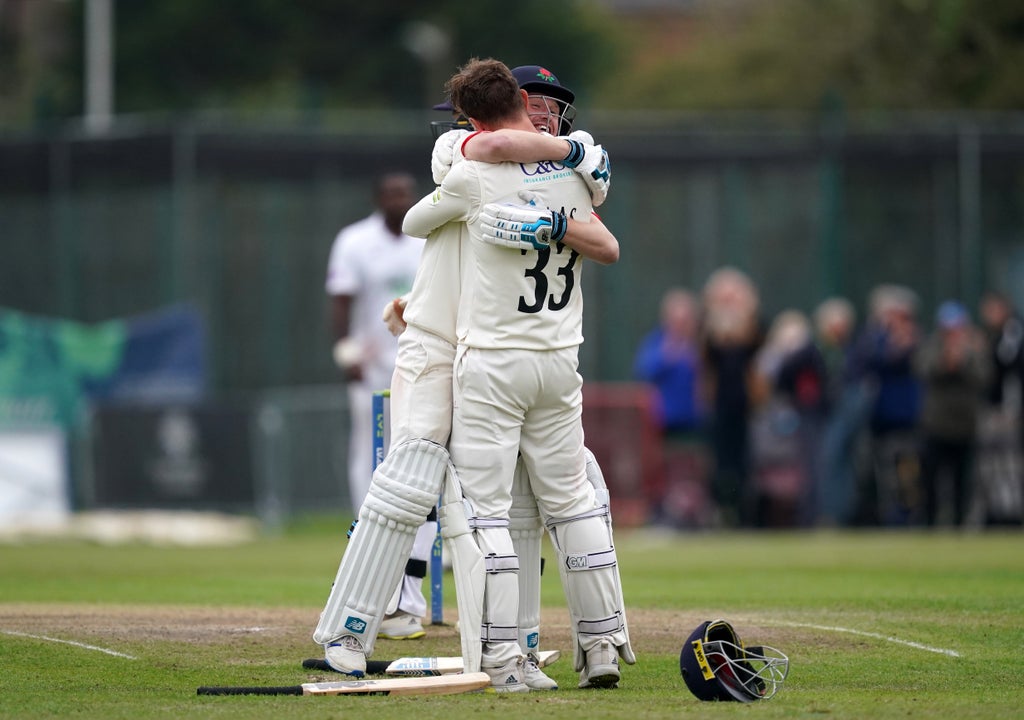 A tense third day saw the Red Rose get over the line by one wicket to end Hampshire’s title bid.

Set a target of 196, Lancashire found themselves needing three to win when Mason Crane ran out Tom Bailey and then had Joe Weatherley caught behind to bring number 11 Matt Parkinson to the crease.

The leg-spinner negotiated two balls before Dane Vilas swept for four to claim the victory.

All eyes will now be on Edgbaston where Warwickshire who will be crowned champions if they beat Somerset, ended day three on 179 for one with a lead of 157.

The hosts need to press on briskly with the bat on Friday to give themselves time to try to take 10 wickets on a batting-friendly surface.

Rob Yates is unbeaten on 72 and skipper Will Rhodes resumes on 42 not out.

A magnificent 153 from opener Adam Lyth left Nottinghamshire with work to do to finish the season with the win that could see them contest the Bob Willis Trophy next week.

Bowled out for 73 in their first innings, Yorkshire made 396 following on before Nottinghamshire could dismiss them for a second time.

Lancashire’s win means Nottinghamshire cannot be champions but victory would give them the chance to take them on at Lord’s by finishing second if Warwickshire fail to win.

Derbyshire condemned Sussex to the wooden spoon by claiming their first win of the season at Hove.

After enforcing the follow-on with a lead of 165, Derbyshire bowled Sussex out for 187 before knocking off the 23 required to win by nine wickets with more than a day to spare.

Jamie Smith scored a career-best 138 as Surrey dug in at the Kia Oval in search of a run-filled draw against Glamorgan.

Surrey, in reply to Glamorgan’s 672 for six declared, reached the end of day three on 387 for two, but the Welsh county will rue dropping Hashim Amla three times as he reached 87 not out.

Ollie Pope was unbeaten on 95, having dominated an unbroken stand of 140 in 40 overs for the third wicket with Amla, while Ryan Patel hit 10 fours in his 62 from 138 balls. Surrey will now aim to bat out the final day.

Worcestershire beat Leicestershire by 10 wickets to end Daryl Mitchell’s 17 seasons at the county on a winning note.

Leicestershire avoided an innings defeat but Mitchell and Jake Libby knocked off the 12 runs needed for victory.

The Division Three title race is going the distance after Kent reached 275 for five against Middlesex, with Ollie Robinson hitting 112.

The hosts, currently second, need another 98 to overhaul leaders Middlesex.