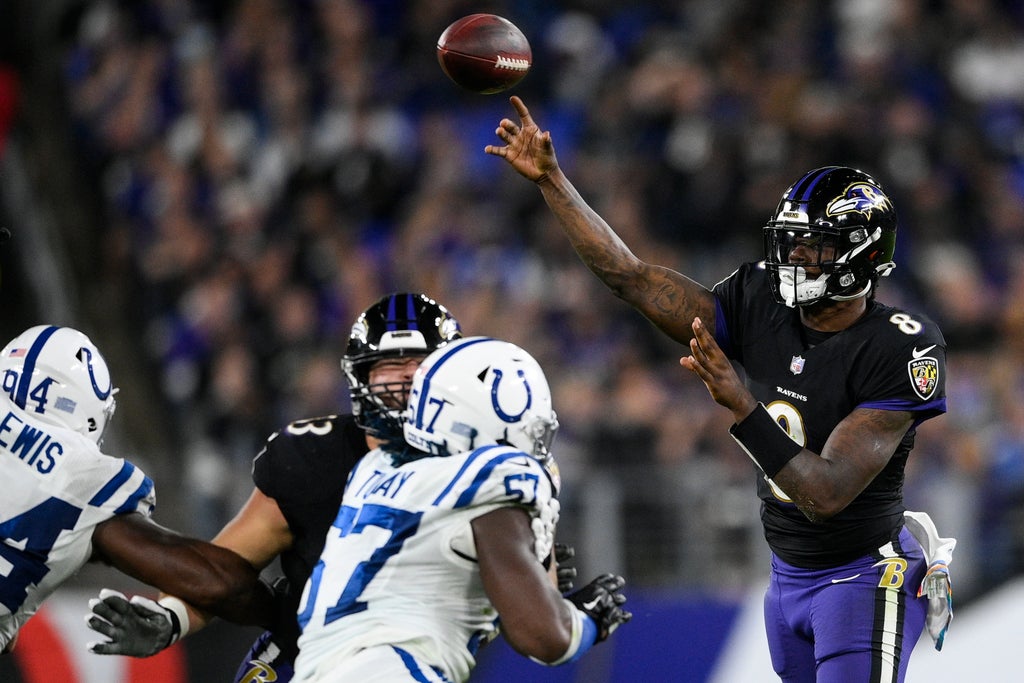 Lamar Jackson and the Baltimore Ravens overcame a 19-point deficit en route to a stunning 31-25 overtime victory against the Indianapolis Colts on Monday night.

Despite being heavily favoured going into the game, the Ravens offence stuttered out of the gates as Indianapolis drew first blood through a 76-yard touchdown pass from Carson Wentz to Jonathan Taylor.

After both sides only managed a field goal in the second quarter, the Colts began the second half in similar fashion to the first with Wentz finding Michael Pittman in the end zone to put the visitors up 16-3.

Baltimore’s defeat then looked as good as sealed when a fumble from Jackson led to another Indianapolis touchdown and a 22-3 lead.

However, the fumble ultimately proved to be the spark the Ravens offence needed as they found the end zone on each of their next three drives to draw level with Indianapolis in the final minute of regulation.

Colts kicker Rodrigo Blankenship then missed a last-gasp 47-yard field goal to force the contest into overtime, with Jackson connecting on a five-yard pass to Marquise Brown to complete the comeback.