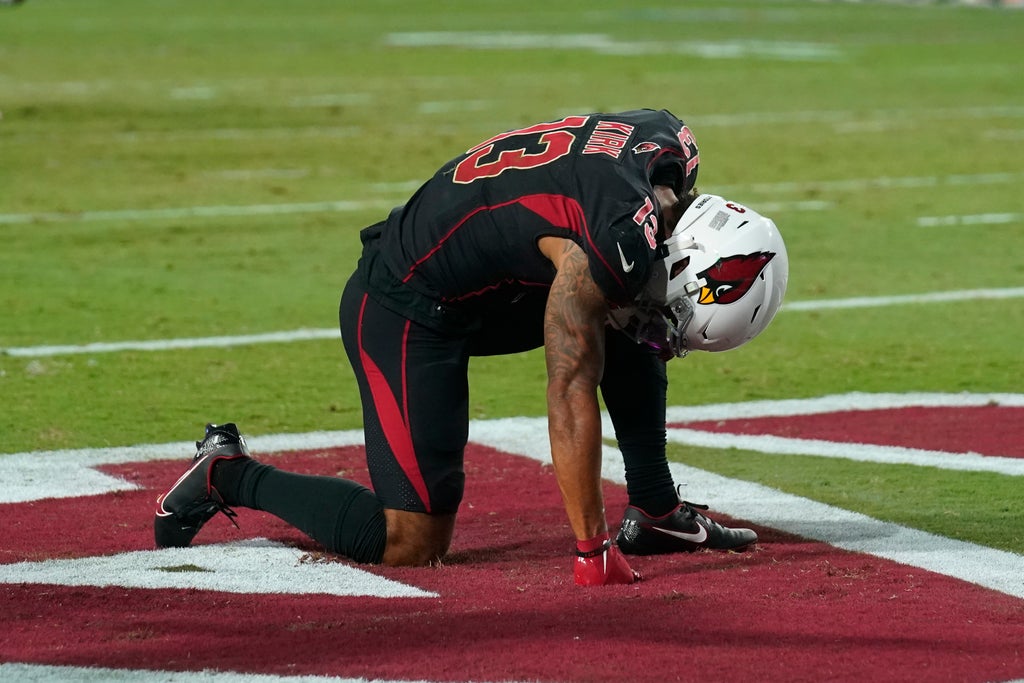 Kyler Murray was intercepted inside the red zone by the Green Bay Packers’ defence with seconds left on the clock as the Arizona Cardinals tasted defeat for the first time this season.

The Cardinals were down 24-21 when quarterback Murray got the ball with 3:23 left to play on his own one-yard line.

Consecutive completions for 23 and 29 yards had Arizona making progress into the Green Bay half, and a third deep pass for 18 yards put them within striking distance.

Murray tried to find AJ Green in the end zone but was picked off by Rasul Douglas for the Packers to seal the game.

Chase Edmonds found the end zone to open the scoring for the Cardinals before the lead was evened out when Aaron Jones also scored a rushing TD, while a field goal put the visitors up 10-7 at the half.

Aaron Rodgers and Randall Cobb connected twice in the second half for Green Bay, while James Conner had two rushing touchdowns for Arizona.