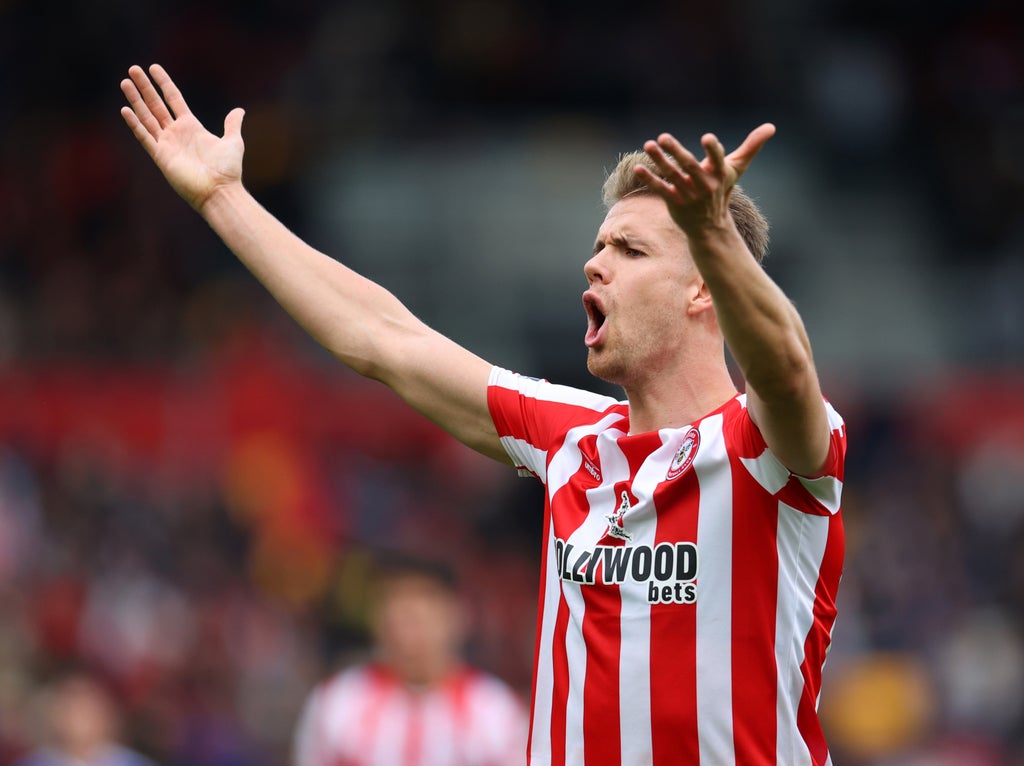 When Brentford were attempting to persuade Kristoffer Ajer to pick west London over a series of other suitors, they went for a typically novel approach. The club hierarchy told the 23-year-old what he wasn’t good at.

“They were very positive but also very keen to develop my weaknesses as well,” Ajer laughs now to The Independent. “That was something I appreciated. I had some great conversations with the other clubs as well, but Brentford were telling me what I had to develop. That’s something I really like as a person, to know what I need to do to reach the level I have to reach – and Brentford were going to help me with that.

“They had scouted me for more than a hundred games. They told me all the reasons they were interested in me, but also what they could develop on the defensive side, all these things.

“From just talking about it, they really showed me how hard they work, with analysing and everything.”

The same thing strikes you with Ajer himself. From just talking about his approach to the game, you can sense he is a disciplined and assiduous figure. It’s why he was a straight-A student who was considering studying medicine before Celtic signed him, and why he fits so well with what Brentford are trying to do. There’s a real intelligence there, a willingness to push the boundaries of the sport and see what’s possible.

Ajer of course arrived at Brentford at a propitious time. The young Norwegian’s first appearance after moving from Celtic was that sensational 2-0 home win over Arsenal. It was their first match in the Premier League and their first in front of supporters at their new stadium.

There was a freshness about it all that can still be felt over two months into the season, and as Ajer sits now in one of the dressing rooms at the ground. This is a club more than ready to leap into the future, but also adapting to it. The scale of media interest alone is a new challenge.

“There was a buzz around the place, something I’ve rarely seen,” says the centre-half. “We spoke about it before we started. We know we’re outsiders in every single game, but also that we’re able to compete when we put in top performances.

“That’s been something the gaffer has focused on, even after our good performances.”

“It was incredible,” Ajer says of that Liverpool game. “The level they attack, it almost feels like they are subbing on a few players, to be honest. They bring the full-backs up, they bring in two midfielders, they have two fantastic wingers coming on the inside and a great striker in the box. It’s a level I’ve never experienced before. You can do everything perfectly but the attacking play can be too good to stop.

“I certainly feel the speed of the game now in the Premier League is incredible. In Brentford even, we’re pressing so high, I go out as a right-back then you’re defending one against one against some top-quality wingers, so it’s a very back-and-forth game sometimes. It can be incredible, entertaining fans, but also helpful for a player’s development.”

It’s also why Ajer, specifically, arrives at Brentford at an interesting time.

The Raelingen native was a product of Norway’s new technically adept generation and was initially a midfielder before Brendan Rodgers completed his transformation into a centre-half at Celtic.

A very modern centre-half, at that. Standing almost 6ft 5in, Ajer may physically recall the most robust archetypes of the position, but his technical grounding ensures he is suited to its more sophisticated modern requirements, particularly under manager Thomas Frank.

“I always knew I was going to be a centre-half but I felt it was better for my development when I was younger to play in midfield. Things happened quicker. You develop the skill-set on the ball that you need.”

At Brentford, or Celtic for that matter, Ajer hasn’t exactly been just standing there heading balls away and marshalling the backline. He instead describes it as a very fluid 360-degree position.

“It’s what I really love in this position. You can go through clips now where you’re so much on the ball you maybe misplace a pass, but it’s because you’re trying to break a line and create something other than just kicking the ball forward. The gaffer and the assistant manager, Brian [Riemer] have a lot of focus on this.”

Ajer’s reference to clips is instructive because he’s evidently spent a lot of time watching. This is one reason why Brentford are so well drilled, and why Ajer had to abandon any notion of being able to study in his downtime as a player. He finds there is no downtime.

This may shock anyone who has visions of modern players just tuning out and playing consoles when they finish training, but Ajer describes it as “a 24/7 job”. Nothing is left to chance because nothing is left unstudied. Ajer, in short, hits the books – or, rather, the screens. This is no doubt what Julian Nagelsmann recently meant when talking about the NFL-isation of football.

“I was thinking about studying [medicine] but found it was a 24/7 job,” explains Ajer. “We get sent clips we have to go through after training. Different scenarios, set-pieces. It’s a lot of details to go through every week.

“A lot of practice. A lot of focus on staying at your best. Because, in the Premier League, if you’re not thinking about nutrition, if you’re not sleeping properly, if you’re not analysing your opponent, if you’re not fully prepared mentally and physically for the next challenge you will not be able to achieve what you want or perform at the level needed.

“It’s very interesting because it’s so hands-on, and you have to do it in a very professional way. It can be draining sometimes, so it’s important to find that balance.”

This is also where Frank’s enthusiasm is so important.

“The gaffer has been fantastic since the second I walked in the door. He’s been so positive, wanting to teach me so much. Both him and the backroom staff are so on it every single day, it’s been incredible to be part of.”

It’s been exhilarating to watch. Every Brentford game has been an event for far greater reasons than representing the nice new story, the new club looking to break old orders. Frank’s side play captivating football, forcing so much action.

“Yes, it’s brave, and it’s something we want to be. We want to play exciting football, we want to be able to press forward and create chances. In the Premier League, if you’re not pressing with everyone, if you’re standing back there with too many defenders, teams will play through you. We know we can be offensive, but that we also have to do it in a controlled manner. That’s been the focus since pre-season.”

But there’s a caveat.

“If you’re not prepared to risk one-on-one situations, you will rarely win games of football.”

Brentford, like Ajer, are aware of their own weakness. It just makes them all the more primed.