Manchester City’s successful day yesterday meant that they have now won four Premier League titles in five seasons whereas Liverpool could win their 2nd Champions League since Klopp’s arrival. However it should be noted that Liverpool have won every trophy available to them since the German replaced Brendan Rodgers in the Anfield hot seat in 2015.

Since the Spaniard replaced Bayern Munich for Manchester City in 2015 the Ethiad outfit have won eleven trophies. That equates to four Premier League Trophies, FA Cup, four League Cups, and two FA Community Shields. That means they win two trophies on average every season or if you want to break that down even further that is a trophy every thirty-eight games. The most impressive season within that period was in 2018/2019 where they did the domestic treble. The first-ever team to achieve that feat.

Liverpool have won one Champions League trophy, one European Super Cup, one Club World Cup, one Premier League, one FA Cup and one League Cup. They have finished three campaigns with over 90 points out of four, but Manchester City have been better in league campaigns. Liverpool’s failure to win the league yesterday means they are the team that have been the closest to winning that unprecedented quadruple as they have played the most amount of games possible to make that happen.

Guardiola’s victory yesterday means that he has overtaken Jose Mourinho (3) and Arsene Wenger (3) with Sir Alex Ferguson (13) in his sights in for the premier league trophy haul. They are all legends but it is unbelievable what the former Manchester United boss has achieved. It will be interesting to see if Guardiola wants to stay long enough to achieve that or will he want to go down the Ancelotti route and become the 2nd manager in football history to win a domestic league title in the Top 5 in European football. Maybe he could achieve both depending on the level of his ambition.

The former Mainz and Borussia Dortmund Manager have turned Anfield into a fortress as Liverpool’s 3-1 victory yesterday meant they have been undefeated on home ground in four of their last five seasons. They were also the first British team to win all six group stage games of the Champions League and also the second team in European history to do so as Bayern Munich achieved that feat in 2019/2020.

The Spaniard’s record at the Etihad is outstanding. According to Stat City he has won 256 games out of 352. That is a 73% win rate. He has also only lost 51 games which amounts to a 14% loss rate.

Again according to Stat City the Liverpool gaffer has won 231 games out of a possible 377 or in other words a 61% win rate. He has also lost 60 games which if you want to break down even further means a 16% loss rate.

Pep Guardiola has never won the Champions League without Messi. The last time he won it was in 2010/2011 in that 3-1 demolition of Manchester United at Wembley in the final where Messi was by far the best player on the pitch that day. Despite taking over a Bayern Munich team that won the treble with Jupp Heynckes in the previous season and signing Lewandowski from rivals Borussia Dortmund on a free transfer he never won the Champions League at all. The closest they got to was getting knocked out of the Semi-Finals on three occasions. They got annihilated 5-0 on aggregate by Ancelotti’s Real Madrid, defeated 5-3 by Barcelona and got knocked out by Bayern Munich on away goals drawing 2-2.

The next topic is the spending habits of each club. Manchester City have always been deemed to have spent much more money than Liverpool. This is what separates Klopp from Guardiola and Manchester City from Liverpool in the eyes of many football fans so lets take a look at the net spend per club:

Yes Guardiola has won 32 trophies throughout his career compared to Klopp’s 11 so far but Guardiola takes ready-made teams whilst adding his own additions with a ridiculous amount of money. Klopp takes long-term projects like Mainz, Dortmund and Liverpool improving the infrastructure and making them more competitive.

These are the only factors that separate them for me. The debate between those two reminds me of Ronaldo vs Messi in a way as they are simply bringing out the best in each other and I think it will continue for many years. In case they are not though we need to step back and appreciate the greatness we are witnessing right now as they are the two best teams on the planet and there is no one else close to not only the quality of football they are producing but the consistent results too.

What are your thoughts? Who would you say is the most successful out of the two?

And in our other story find out the latest in the Kylian Mbappe saga. 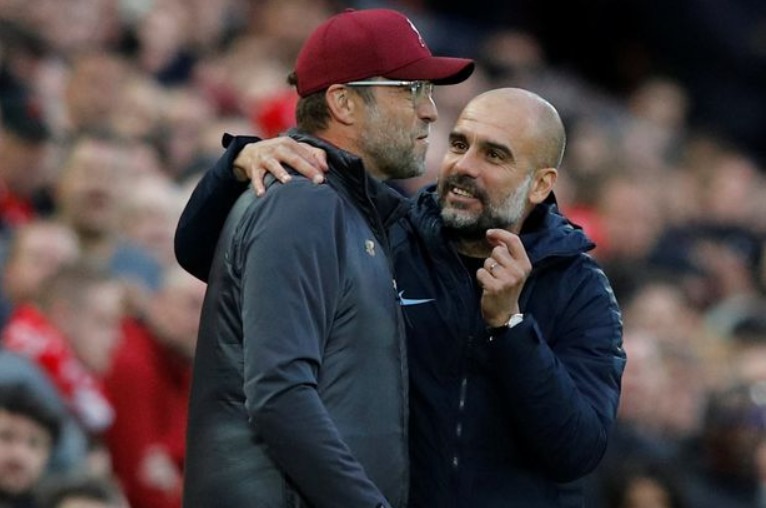