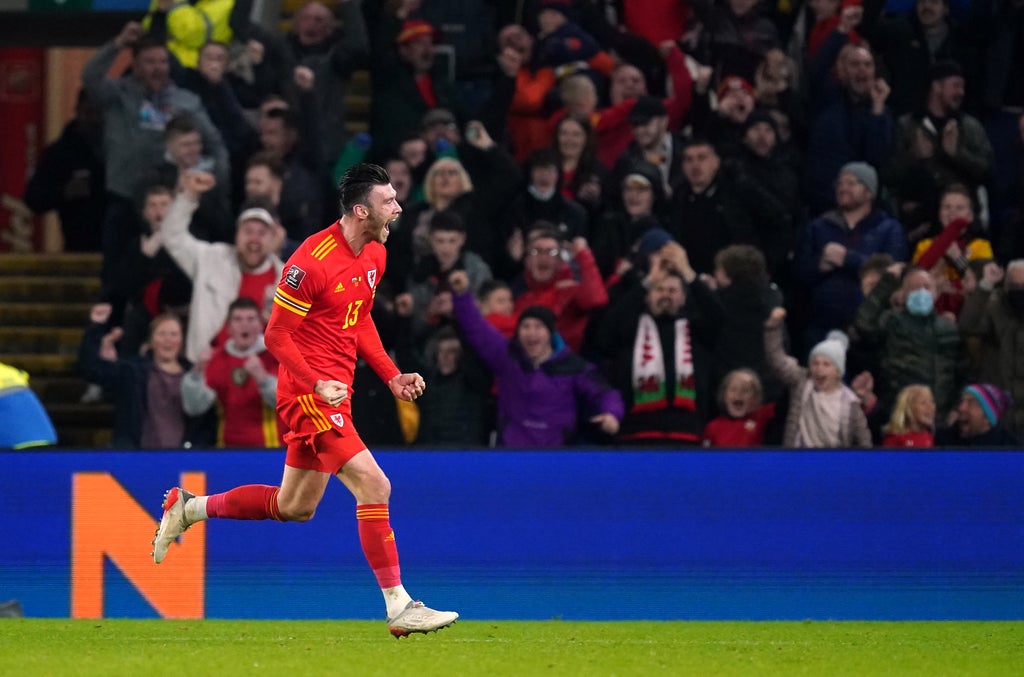 Wales will be seeded for the World Cup play-offs after Kieffer Moore’s equaliser secured a 1-1 draw against Belgium in Cardiff.

Moore struck just after the half-hour mark to cancel out Kevin De Bruyne’s 12th-minute opener for the visitors.

Already guaranteed a play-off spot through their Nations League results, Rob Page’s Wales were determined to secure a home tie in March by finishing second in Group E.

The point against Belgium – already confirmed as through to Qatar 2022 as table-toppers – was enough to ensure Wales finish above the Czech Republic, who won 2-0 at home against Slovakia thanks to goals from Jakub Brabec and Jan Sykora. The Czechs still advance to the play-offs, due to their Nations League exploits.

Turkey needed to win by four goals in Montenegro to deny Wales a home tie but could only manage a 2-1 victory.

That was in Group G, in which Holland secured top spot following a 2-0 win in Rotterdam over Norway with Steven Berwijn and Memphis Depay scoring late goals.

Turkey, who came from behind to win with goals from Kerem Aturkoglu and Orkun Kokcu, advanced to the play-offs as they claimed second spot while Norway missed out.

Also in Group G, Latvia came from behind to win 3-1 away against Gibraltar.

In Group D, Karim Benzema and Kylian Mbappe were on the scoresheet as France who had already qualified for Qatar as pool winners, won 2-0 in Finland.

The Finns were replaced in second place by Ukraine after they won 2-0 away against Bosnia and Herzegovina, Oleksandr Zinchenko and Artem Dovbyk netting.