By Dominic King for the Daily Mail

Frank Lampard won the Premier League three times as a player but is adamant steering Everton away from relegation would be an even greater success.

Everton have turned their campaign around with back-to-back wins against Chelsea and Leicester, and a third consecutive victory against Watford on Wednesday night would go a long way to banishing the spectre of the drop.

It has not been an easy start to life as manager at Goodison Park for Lampard and there was a point last month when it seemed Everton were destined to go down. He, too, found his suitability for the position being scrutinised, especially after defeat by relegation rivals Burnley. 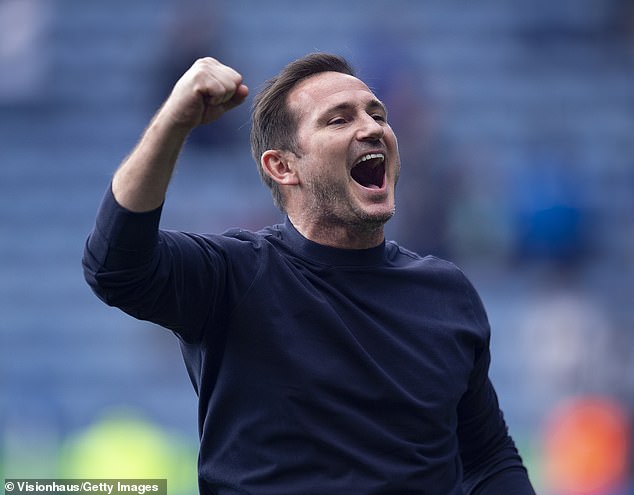 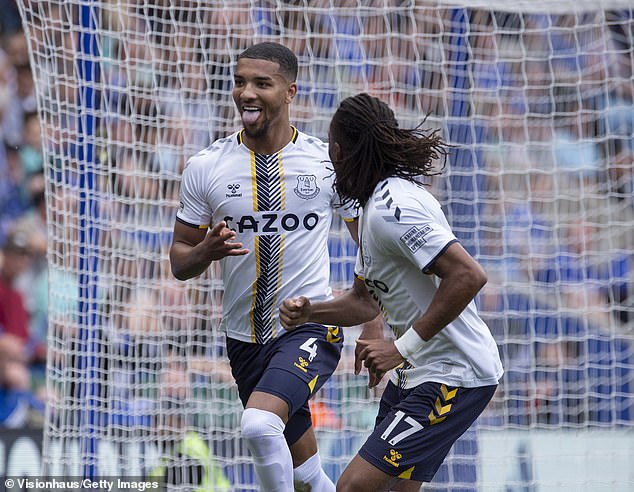 Back-to-back wins, the most recent against Leicester, helped lift them out of relegation zone

But Everton’s hierarchy stood firm behind the 43-year-old and the reward has been an upturn in results.

The job, Lampard stressed, is not done but his determination to see it through has been fuelled by what is on the line.

‘From a personal level, when you live this experience of a relegation battle, it consumes you and you so want the right thing because you understand what the stakes are,’ said Lampard. 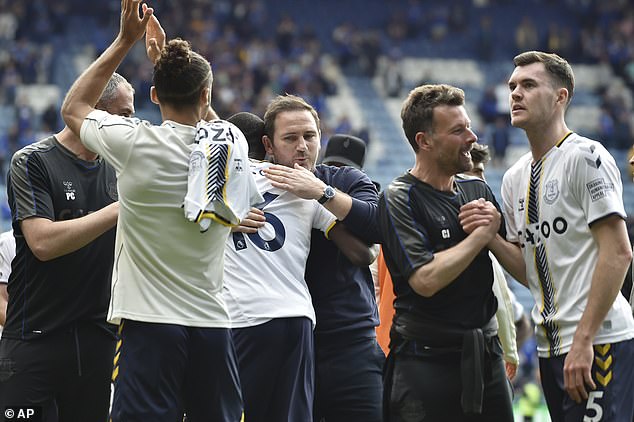 ‘The stakes for this are bigger for me now than when I won the Premier League as a player. I say that because of what it means to the club.

‘The economics of it are greater as well, to a different degree, and individually what you think about it. The idea of what it means to fans and the people who work here.

‘So there shouldn’t be any way with four games to go – and one point out of the relegation zone – you think you are fine.

‘You spend the last two or three months with those intense feelings, so you can’t treat it like anything else. I’m having an incredible experience.’ 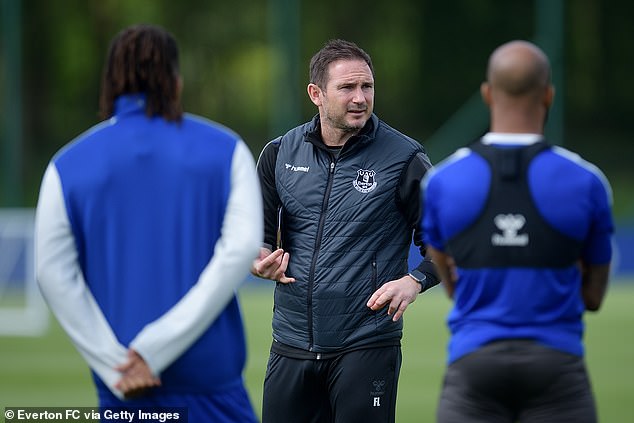 The easy thing for Lampard to do in January would have been to turn down the opportunity to manage Everton but the last four months have been both an education and an inspiration for him.

‘I could have waited. I could have sat on my **** and done the bins at home – and that has actually seemed quite appealing a couple of times in the last few months!’ he said. ‘But it’s how I’ve been all my career.

‘I moved from West Ham to Chelsea across London, people questioned the (£11million) fee at the time, playing for my country in World Cups, people kept questioning it. It’s part of the gig. You have to be tough and strong to deal with it.’