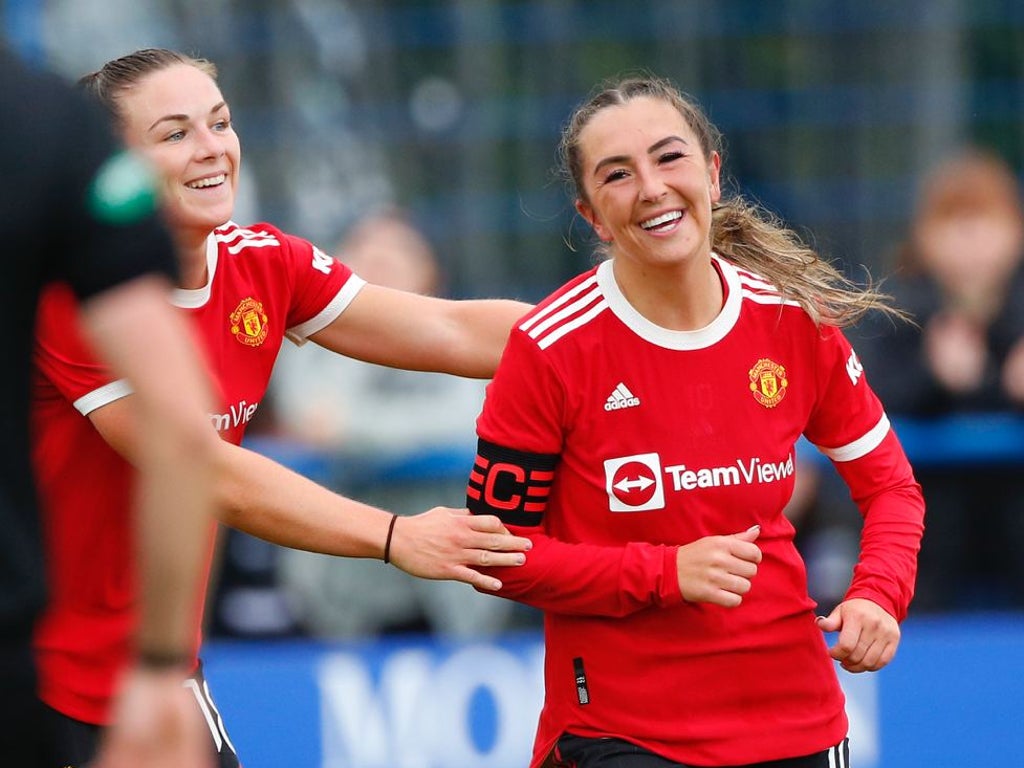 Katie Zelem will hope to fulfil two dreams on one night when England meet Northern Ireland in Saturday’s World Cup qualifier at Wembley.

The 25-year-old midfielder is yet to make her senior international debut having played her way through age groups from under-15s to under-23s, but was an unused substitute for last month’s routs of North Macedonia and Luxembourg.

Should she make it on to the pitch this weekend, she will do so at a stadium where she watched England’s men beat the Czech Republic 1-0 during this summer’s Euro 2020 finals, and that would make her first appearance doubly special.

Zelem said: “I went and watched the lads in the Euros and the atmosphere there was incredible. Every group game and every knockout game they played there, the atmosphere just seemed to grow and grow and get even better.

“I guess I’ve not really processed that, really, that I was sat in a stand maybe just a couple of months ago and now I’m going to be playing on the pitch. It’s incredible and for me, a really proud moment.”

The game is the first competitive fixture England Women have played at Wembley since it reopened in 2007 and they will hope to be back next summer when the Euro 2022 tournament takes place on home soil with the final at headquarters.

Zelem said: “It’s something that you dream of as a kid, really, and for it to be the first ever competitive game that we’ve played at Wembley, it makes it more special for each and every one of us.

“To be honest, we don’t need any extra motivation to qualify. Everyone knows that’s our target and the girls are firmly set on that.”

Manchester United captain Zelem is one of five club-mates in new manager Sarina Wiegman’s squad for the Northern Ireland game – and the trip to Latvia which follows three days later – along with Mary Earps, Lucy Staniforth, Alessia Russo and Ella Toone.

With neighbours Manchester City having been heavily represented in recent years – they have seven players among the current party – she is delighted at the impact United are making both in the Women’s Super League and at international level.

She said: “I’m so proud of them and so proud of what Manchester United has achieved in being able to progress with the amount of players they have got in the England squad – I think five now, if I’m right – that’s such a great achievement for us.”