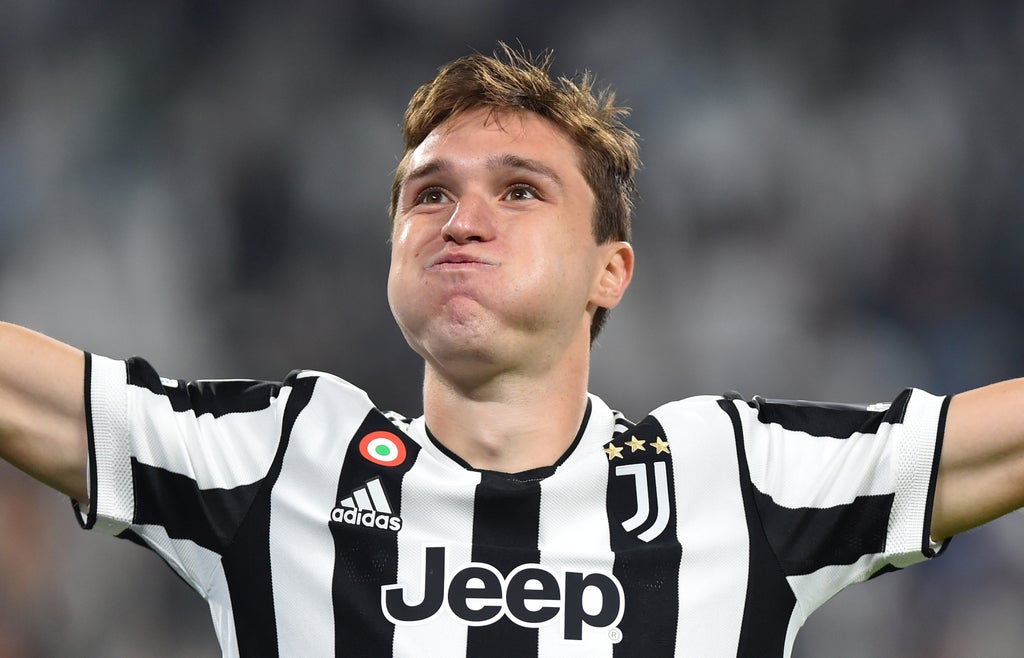 For the second match in a row, the European champions found a tediously defensive formation breached by a more willing side.

For the second match in a row, they came alert too late, but then found they just couldn’t muster the force.

It is something that Thomas Tuchel is going to have to work on as this Champions League group gets that bit more complicated, and the threat of a first properly bad run increases.

You can, at least, see why Chelsea so wanted Chiesa in the summer. He scored the only goal of this 1-0 win for Juventus, and did so much more than show there is life after Cristiano Ronaldo. He showed a new way for the team, with pace and multiple angles of attack.

This was finally the modern Juve, and one that now looks like it could be a real threat in the Champions League – so solid at the back, searing up front. Max Allegri got this one so right.

Losing to this side and a team as good as Manchester City isn’t that outlandish for Chelsea, but the nature of both performances at least offers plenty to consider for Tuchel.

This team does need a bit of an electrical charge. How they could have done with Chiesa now.

It was once again a “tactical” approach from Chelsea in Europe. In other words, restrained, and unwilling to give up much space. Tuchel signalled this from his choice of wing-backs. Brilliant as Cesar Azpilicueta is, he isn’t exactly marauding.

It all added up to a ponderous Chelsea team, lacking the verve this squad should have, but that the side have only occasionally possessed under Tuchel.

He has brought an awful lot of qualities to this side but flowing attacking play isn’t one of them.

It said much that Romelu Lukaku’s most conspicuous moment of the first half was the ball bouncing off the back of his head as he ran forward. They just weren’t linking.

Perhaps a little like their reaction to selling Ronaldo, this Juve team realised there is so much more to them. It was as if they were giving Chelsea far too much respect at the start.

It was Chiesa, as ever, who shook them out of that. One surge forward was enough.

It just changed the pace of the game.

From then, Juve dictated the pace of the game, too. Chelsea just so struggled with their numerous bursts from deep, be that from Juan Cuadrado, Adrien Rabiot, Federico Bernardeschi or – above all – Chiesa.

It was one of the latter’s runs that finally gave Juve the lead, and livened the whole game. It also came mere seconds after the restart, which indicates how Allegri must have really pressed on this at half-time. With Chiesa running in behind, Bernardeschi just slipped in behind Antonio Rudiger for the Italian international to slam the ball into the roof of the net over Edouard Mendy.

It was emphatic, and emphatically deserved.

Minutes later, Chiesa almost created an even better goal. The 23-year-old played a long, arching ball that was worthy of Andrea Pirlo, and found Cuadrado in space behind the Chelsea defence. The former Stamford Bridge winger played his first-time lay-off perfectly as he set up a glorious chance for Bernardeschi, only for the forward to skew it wide.

It was a let-off, but finally provoked some lift-off from Chelsea.

As against City on Saturday, going behind at last forced them to go forward, to start to bring all that attacking talent into the game – and then some. Tuchel made a triple sub.

The problem for Chelsea by now was that Juve were fully confident in their backline, and fully charged. Leo Bonucci was putting in all those blocks and interceptions you most associate with him. Giorgio Chiellini also came on to add more fire.

There was the most joyously predictable scene imaginable as the veteran defender celebrated one late block with the jubilant crowd and his teammates.

Lukaku was meanwhile offering some of the misses many of his critics most associate with him.

As Chelsea chased a goal in the final 10 minutes, they finally had space in the Juventus half. Lukaku surged forward only to float a cross out of play. Moments later, he flashed wide.

The Belgian is clearly a brilliant forward, but can still look like a bit of a confidence finisher.

It is something Tuchel has to work on.

The nature of these two defeats means they aren’t disasters, but there is at least the danger they could be something worse.

Juventus meanwhile may have realised that, without Ronaldo, and with a star like Chiesa, they can become something better.