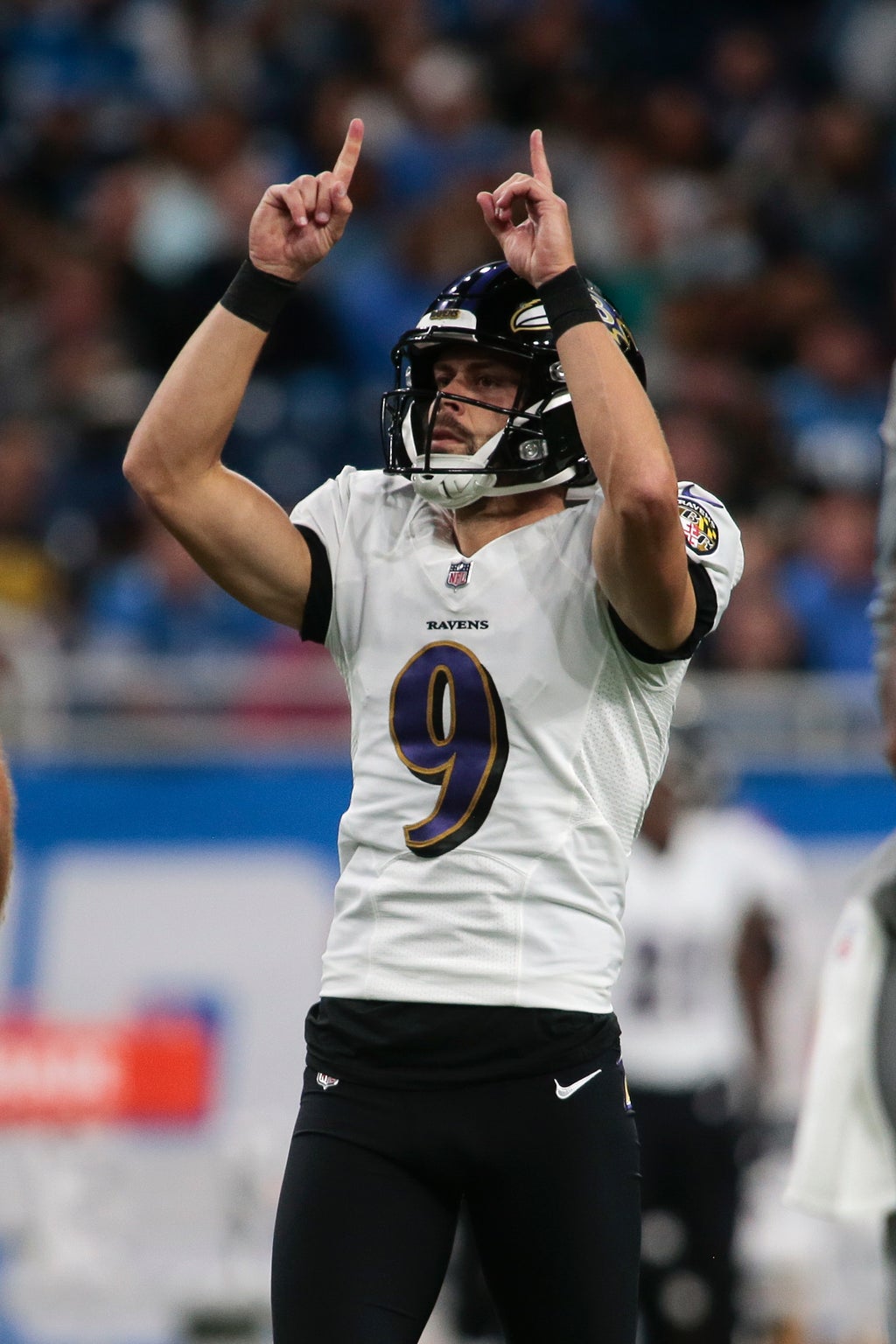 Justin Tucker kicked an NFL-record 66-yard field goal with just three seconds remaining to secure a dramatic 19-17 victory for the Baltimore Ravens over the Detroit Lions.

The crowd were on the edge of their seats as Tucker unleashed the history-making kick, with the ball bouncing on the crossbar before eventually going over.

The previous record holder Matt Prater, who managed 64 yards in 2013, had earlier on Sunday attempted an 68-yard field goal in the Arizona Cardinals’ 31-19 win against the Jacksonville Jaguars, only for Jamal Agnew to collect the missed attempt and score a stunning 109-yard touchdown.

The Kansas City Chiefs’ Patrick Mahomes also made history, becoming the fastest quarterback in the NFL to pass for 15,000 yards as his side lost 30-24 to the Los Angeles Chargers.

The New England Patriots were dealt an injury blow as running back James White came off with a hip problem in their 28-13 loss to the New Orleans Saints.

Younghoe Koo kicked the game-winning field goal at the death as the Atlanta Falcons beat the New York Giants 17-14.

Elsewhere, the Tennessee Titans won 25-16 against the Indianapolis Colts the Cincinnati Bengals beat the Pittsburgh Steelers 24-10, the Cleveland Browns beat the Chicago Bears 26-6 and the Buffalo Bills beat the Washington Football Team 43-21.