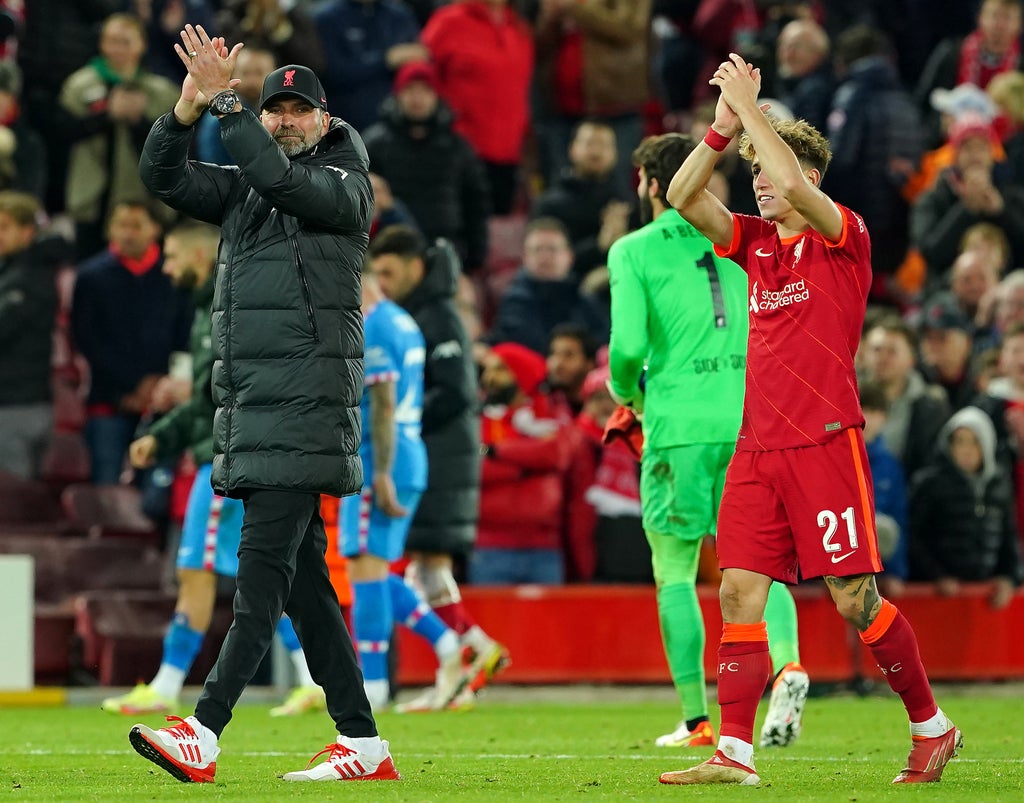 Liverpool are on the verge of surpassing the record of the club’s great side of the 1980s but manager Jurgen Klopp insists his players do not want to be compared as they are creating their own history.

If they avoid defeat against West Ham on Sunday they will extend their unbeaten run to 26 matches, beating the club’s all-time league landmark set by Bob Paisley’s 1982 team.

But Klopp insists comparisons are fruitless and he prefers to concentrate on what this current group have achieved.

“It was for sure not easy in the (Bill) Shankly and Paisley times to win football games,” he said.

“There was a specific level for all footballers and all teams and one team had to overcome it and to do that as regularly as Bob’s teams did, that makes them all-time greats.

“If we see it is possible but difficult then the fun part starts really. Then we want to have it with all we have.

“That’s exactly how our journey so far has worked out. We had a look what can be achieved, where can we go, and if we saw we can go there, if we got there, then we wanted immediately to make the next step as well.”

Klopp felt their recent achievements – winning the Champions League and Premier League in successive seasons – was evidence enough of how good his squad was.

“I think this team has set a few records already, which nobody reached in the 100-odd years of the club’s history,” he added.

“We are not really focused on records but if it happens then it is obviously a good sign because we are winning football games, and that is what we are interested in.

“But we don’t go for a record at West Ham, we go for three points – which is already difficult enough.”