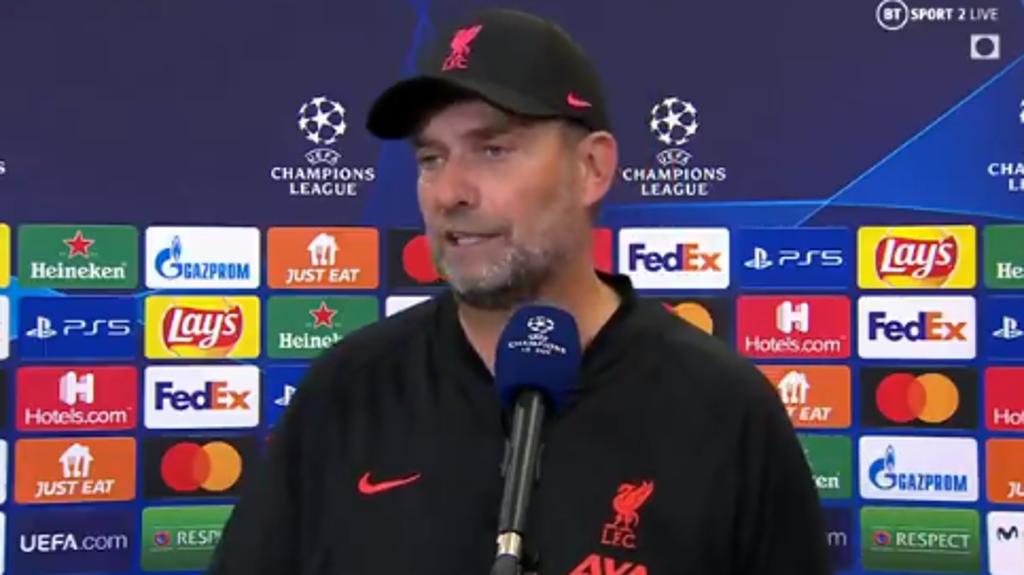 Jurgen Klopp said emotions were to blame after Diego Simeone refused to shake his hand following Liverpool’s victory over Atletico Madrid on the Champions League.

Liverpool defeated Atletico 3-2 in a thrilling match at the Wanda Metropolitano and tensions were running high after the home side were reduced to 10 men following Antoine Griezmann’s red card.

The Premier League side were then awarded a penalty, which Mohamed Salah converted to put Liverpool ahead, before Atletico saw a penalty decision of their own overturned by the referee following a VAR review.

After the match, Simeone ran straight up the tunnel and avoided Klopp, who appeared to react by waving goodbye to the Atletico boss. But speaking after the match, Klopp downplayed the incident and said he had no problem with the Argentine.

“The situation is clear: I want to shake his hand and he didn’t want to shake mine,” Klopp told BT Sport. “His reaction was for sure not right but mine wasn’t too cool as well.

“But we are both emotional so when I see him next time we will shake hands definitely, as if nothing had happened.

“He was obviously angry, not with me but with the game, and it’s nothing else.”

The victory put Liverpool in a commanding position in Group B and the Reds hold a five-point lead over Atletico ahead of the return fixture at Anfield in two weeks’ time.