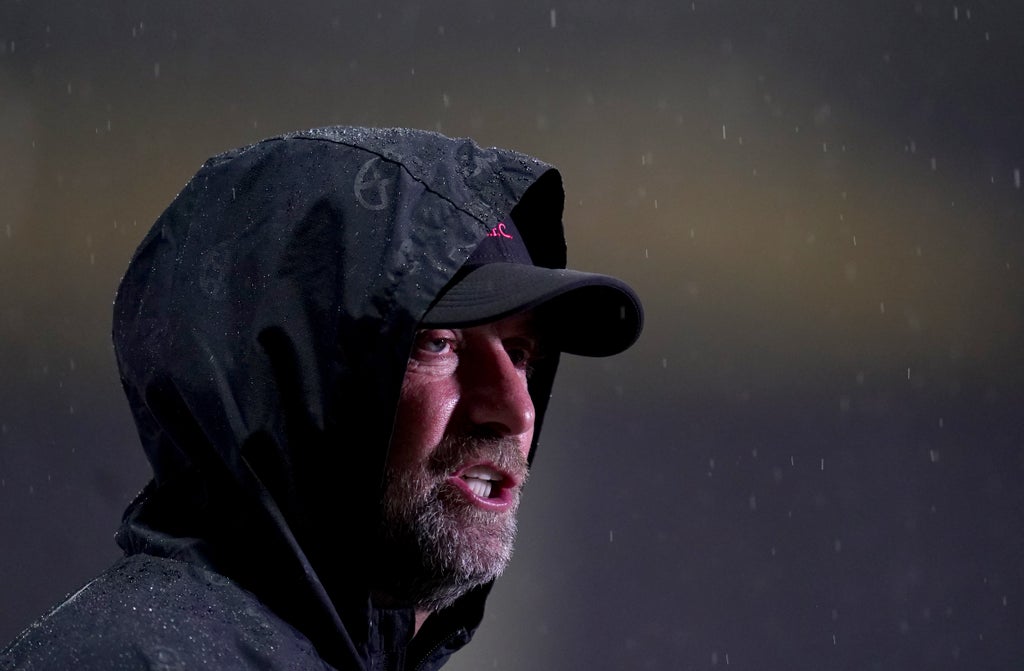 Jurgen Klopp admitted his much-changed Liverpool side rode their luck en route to the quarter-finals of the Carabao Cup as they needed second-half goals from Takumi Minamino and Divock Origi to see off Preston 2-0 at Deepdale.

Klopp changed all 11 players from the side that inflicted a famous 5-0 evisceration of Manchester United at Old Trafford on Sunday and got a radically different performance as a result.

Though Liverpool had 79 per cent possession in the first half, they did not record a shot on target until Minamino turned in Neco Williams’ cross just after the hour, and were fortunate not to have trailed at the break with Preston passing up some glorious chances.

“We did not play well,” Klopp said. “That’s how it is, we started OK but then we lost structure completely and were too lively, too desperate to get the ball.

“We didn’t have enough players between the lines. That’s normal. That can happen when the team do not play as much together…We can play much better as a team but I saw some nice individual performances and that’s OK.”

In the end Liverpool came to rely on their two League Cup specialists. Origi’s goal was his 11th in 10 starts in the competition, while Minamino now has five goals in as many appearances.

“Taku is a high quality player,” Klopp said of his Japan forward. “The only problem for him is that the other players in his position are really good, and thankfully for us not injured. But he is much better than he showed tonight. He understands our game.”

Origi made sure of victory six minutes from time, twisting his leg acrobatically to turn in the ball after Williams saw a shot blocked.

“Divock Origi’s goal was just Divock Origi,” Klopp said. “It was not a striker’s game because we did not play that well and difficult for the strikers but the goal he scored was quite special.”

It was notable that Williams played a role in both goals. The Wales international started at right-back but was pushed forward when Conor Bradley replaced debutant Harvey Blair 10 minutes into the second half, and the move paid dividends as he created several opportunities.

“For Harvey it was really not easy because we did not play well, and for a striker this is really bad when it’s the first game,” Klopp said.

“We could see that when Neco played higher we had all of a sudden another target there and that helped.”

Preston were left to rue those missed opportunities in the first half.

A sold-out Deepdale struggled to grasp how they did not lead with 28 minutes gone. Ali McCann laid one on a plate for Sean Maguire but Adrian saved superbly before Ryan Ledson’s effort on the follow-up struck Williams on the line and Brad Potts blazed over on the rebound.

Frankie McAvoy had made nine changes to the side beaten 2-0 by Blackpool at the weekend, dropping them to 19th in the Championship, but was still desperate to deliver a memorable result and first-ever quarter-final berth for the club.

“I felt our game plan was excellent,” he said. “We knew they’d have a lot of the ball. I’ve just seen the stats, we both had nine attempts each, four on target. There’s not many teams that will limit Liverpool to fewer opportunities.

“That’s credit to the players, they gave me everything. I’m just so disappointed. After Saturday’s result I was hoping we could have a fantastic result tonight and send the fans home happy. It wasn’t to be but it wasn’t for the want of trying. I think you can hear in my voice I’m gutted.”