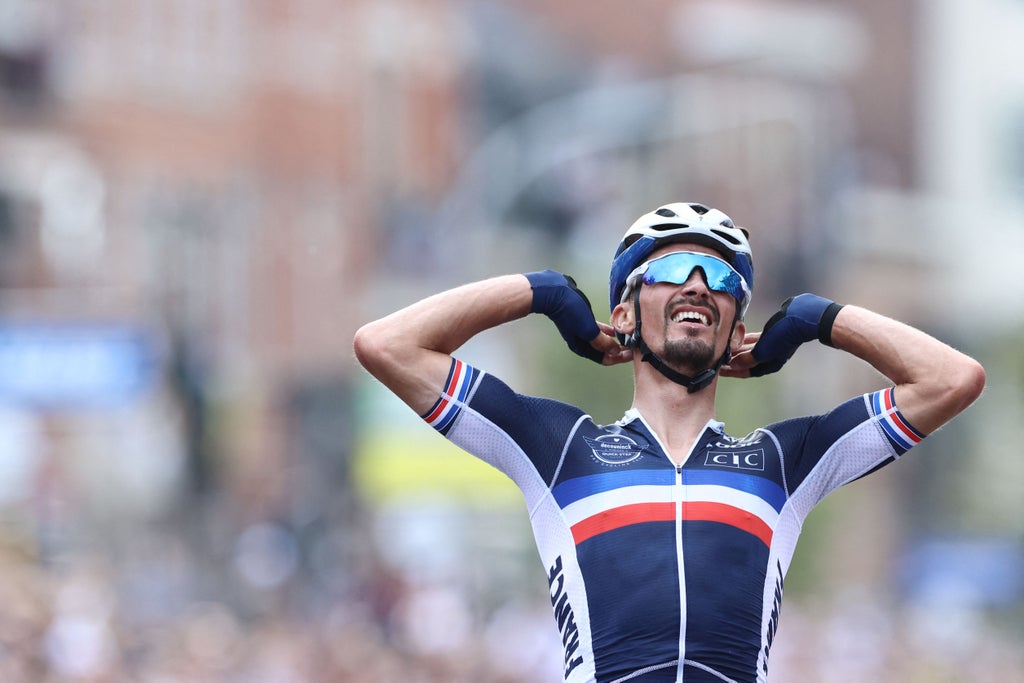 Tom Pidcock starred for Great Britain but was unable to add the UCI Road World Championships title to his Olympic mountain biking crown as reigning champion Julian Alaphilippe stormed to victory in the men’s elite race in Belgium.

The 22-year-old Leeds rider, who claimed gold in the men’s cross-country event in Japan this summer, battled superbly but in the end had to settle for sixth place as Alaphilippe defended his title in style.

The Frenchman was among the favourites for victory and the 29-year-old did not disappoint as he capped an impressive ride by sprinting away in the closing stages to complete the 268-kilometre race from Antwerp to Leuven in a time of five hours, 56 minutes and 34 seconds.

Pidcock was comfortably the leading member of the Britain squad, coming home on his own a further 17 seconds back, while highly-fancied home hope Wout Van Aert was 11th, crossing the line alongside five other riders 78 seconds behind Alaphilippe.

Pidcock admits he made a tactical error in not going after Alaphilippe but, having only turned 22 in July, points out he has plenty of time on his side to learn from the experience.

He said on British Cycling’s website: “I knew it was going to be tactical, it was man on man – I was waiting a bit too long to be honest.

“I should have been away with two laps to go really; well, I should have gone with Alaphilippe for a start. I had good legs, so it was a tactical mistake, but I’ve got a few years to get it right.”

Pidcock added about Alaphilippe’s stunning performance: “I thought he was attacking too much, I was thinking that he was getting too excited – but he was just playing with us.”

Another of Britain’s rising stars and Pidcock’s fellow Tokyo Olympian, Ethan Hayter, was over six minutes behind the winner in 35th.

The Londoner claimed second at the Tour of Britain earlier this month – finishing between winner Van Aert and Alaphilippe – but he was unable to mount a significant challenge for the world title.