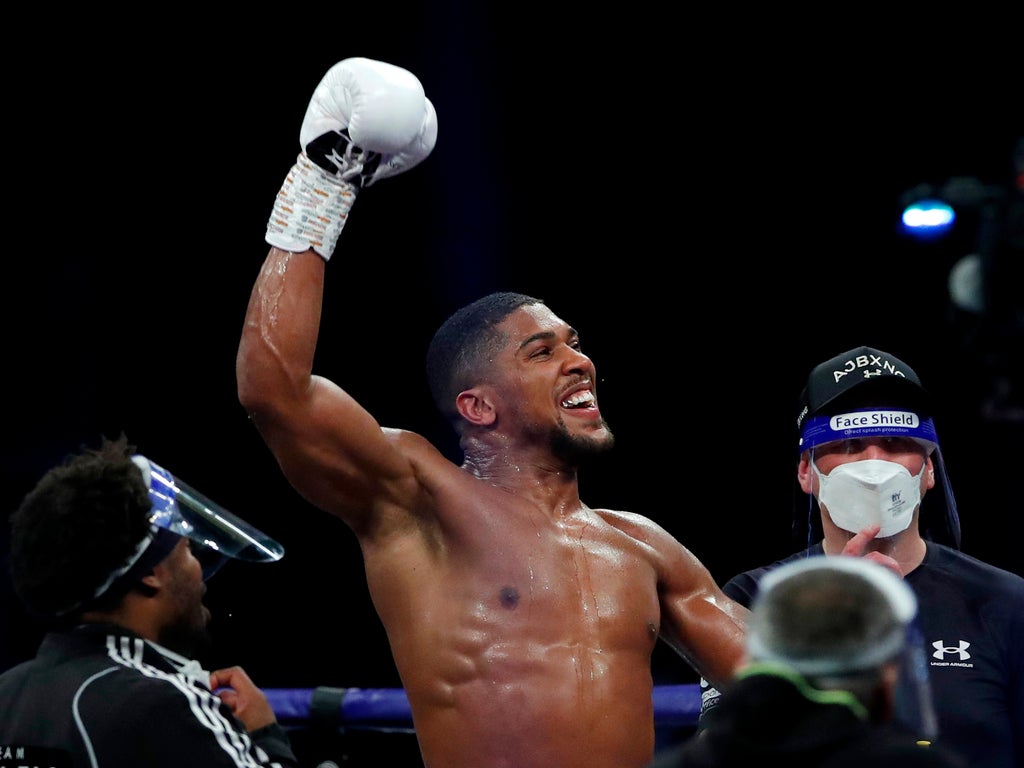 Anthony Joshua is back and will fight Oleksandr Usyk at Tottenham Hotspur Stadium.

The Briton will put his three world heavyweight titles on the line against the unbeaten Ukrainian, looking to avoid an upset and remain on course for a shot at becoming the first undisputed heavyweight champion since Lennox Lewis.

Now 24-1, with 22 KOs, Joshua is in form after coming off a destructive stoppage over Kubrat Pulev, putting the Bulgarian away inside nine rounds at The SSE Arena in Wembley last December.

The 31-year-old’s bout with Usyk is a contingency plan after a fight with WBC world heavyweight champion Tyson Fury fell through, with Deontay Wilder activating his rematch clause and the Gypsy King since testing positive for Covid-19.

Here is everything you need to know about the fight: