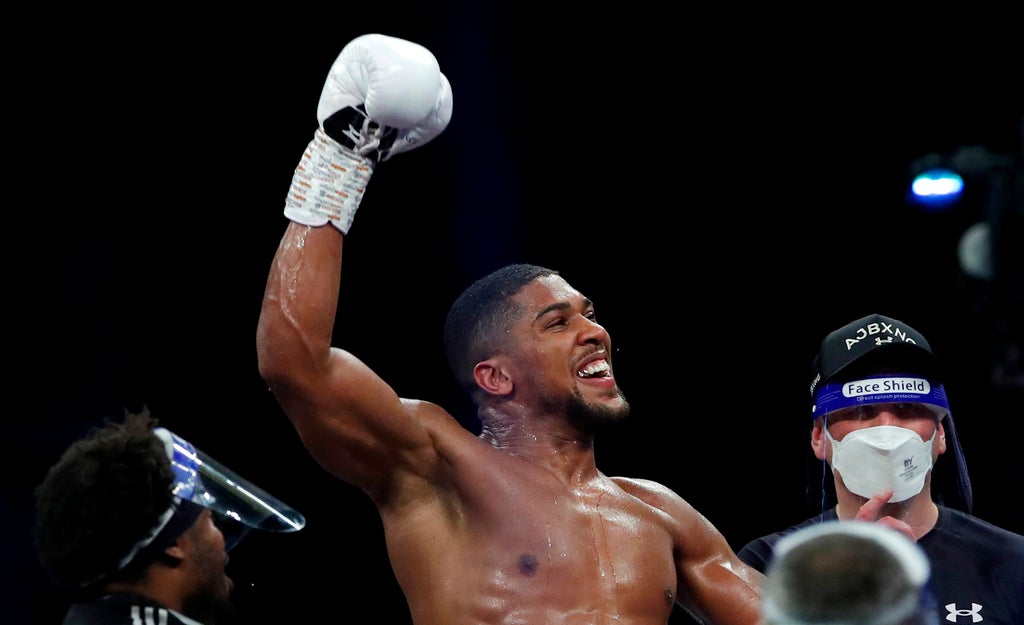 Anthony Joshua takes on Oleksandr Usyk this evening but the British boxer seems to have one eye on Tyson Fury in the build-up.

Joshua had a fight against fellow Briton Fury booked in but it had to be tabled as a court ruled the Gypsy King had to bout in a trilogy fight against Deontay Wilder.

Fans are still clamouring for the British showdown and Joshua has said he ‘needs’ it to happen. He told BBC 5 Live: “Do I need Tyson Fury on my record? I need it.

“We need it for boxing. It’s what we all need, I need it. Come on, let’s see how good I am. Fight good fighters and they bring out the best of you. Training camp is hard. To get better is very difficult in boxing. To fight Tyson Fury is a big challenge.”

Despite wanting the fight to go ahead he will have to wait and focus upon his next opponent in Usyk. But how many fans will witness the fight and who’s on the undercard? Here’s all you need to know.

How many fans are there?

More than 60,000 fans will be at the Tottenham Hotspur Stadium to watch the two boxers bout for the IBF, WBA and WBO belts.

The IBO belt is also up for grabs but it isn’t held to the same pedigree as the others on offer.

How to watch the fight online and on TV