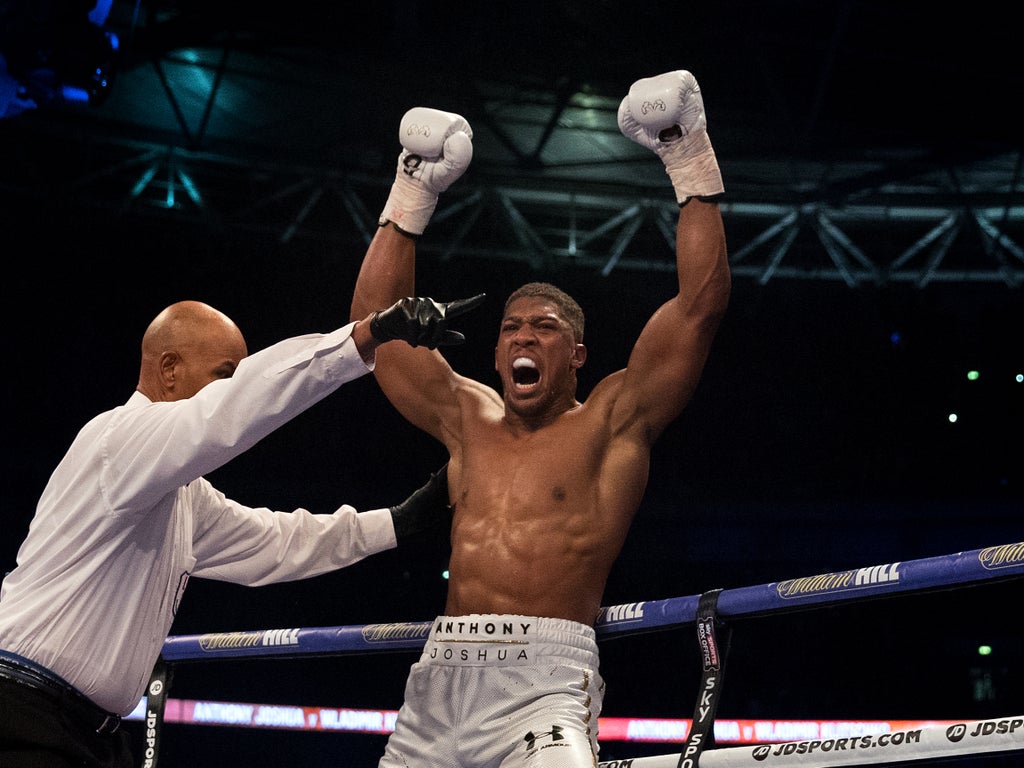 Anthony Joshua probably hated boxing as much as the rest of us when he heard the Tyson Fury fight had fallen through.

It wasn’t his fault. The unified heavyweight champion had agreed a two-fight deal with his British rival, the first of which was set to take place in Saudi Arabia in August. But a decision from an arbitrator scuppered those plans as Fury was ordered to take on Deontay Wilder for a third time.

With that said, the disappointment surrounding a Joshua-Fury clash has detracted from the perceived quality of Oleksandr Usyk. Let’s get it right, pound-for-pound the Ukrainian is a better fighter than the Brit. It would be difficult to make a case for Joshua being a more rounded fighter than Usyk, even if he does have his hand raised on Saturday night.

But – at the risk of wheeling out an overused trope – weight classes are there for a reason. Joshua is three inches taller, has a four-inch reach advantage and, if their last weights are even a rough approximation, also has around a 20 pound advantage.

It all makes for a fascinating clash of styles between two of the best big men out there.

But what makes it an even more intriguing contest is where Joshua is at in his career and the positive impact a win like this could have moving forward.

The 31-year-old’s standout win as a professional came against Wladimir Klitschko in April 2017. That victory combined the back-and-forth, knockdown-heavy, thrilling spectacle needed to impress the drunk, half-interested, Sweet Caroline-singing pub regular. But it also contained the skill, resilience, and calibre of victory that the sober, hardcore, Sweet Caroline-repressed boxing fan scoring the fight on a notepad in their front room was forced to begrudgingly applaud.

He was already a star, but the win over Klitschko made him a superstar. It felt like the start of something that was only going to get bigger. And yet since then, despite still being able to sell out stadiums at the click of a finger, there has been a certain stagnation when it comes to searching for that dance partner who can take him up another level.

Joshua called out Fury after his win over Klitschko, yet here we are 1609 days later without a fight between the two biggest British heavyweights since Lennox Lewis.

Instead, he defended his IBF and WBA belts in an underwhelming clash with late replacement Carlos Takam, before then picking up the WBO title in an impressive but dull points win over Joseph Parker. Then came 39-year-old Alexander Povetkin, a violently dangerous challenger but one who had also been dropped five times by Klitschko half a decade earlier.

Then deflation in America. The crushing stoppage defeat to Andy Ruiz Jr is the most memorable fight Joshua has been in since Klitschko, but for all the wrong reasons. It was also a blessing in disguise in that it brought attention to the rematch and – at least for six months – halted questions about Fury and Wilder.

He regained the belts with a classy display in Saudi Arabia while under a remarkable amount of pressure – let’s not forget (ignorant) people were talking about retirement if he lost. Yet once again, despite the result, it wasn’t a particularly fan-friendly display.

Just 11 weeks later Fury would stop Wilder in Las Vegas with a come-forward, aggressive gameplan that we associated more with Joshua than his British adversary. That victory for Fury propelled him back to the top of the sport and gave him a level of notoriety in both the UK and US that he had failed to secure after stunning Klitschko in 2015.

It also felt as though Fury had capitalised on the momentum Joshua had built up from that night at Wembley in 2017. Fury now has two impressive victories – three if you count the first Wilder fight – but when you look at the pedigree of fighter Joshua continually chooses it is far superior to Fury.

What Joshua has suffered from – aside from the shock loss to Ruiz – is the lack of a dance partner. He had that in Klitschko – the narrative of the old vs new, the student vs master, the former champion vs the current champion – and Fury has had that with Wilder.

All great sports people need that person in the other corner. Ali and Frazier, Evert and Navratilova, Ronaldo and Messi. Everyone is well aware who Joshua needs to do the tango with, he just can’t seem to get them in the ring.

It’s through no fault of his own but there has been something lacking in his victories over the past three years, even if each one of them represents an incremental improvement in him as a boxer.

But what he now has in front of him in Usyk is a pound-for-pound star who has already made a name for himself in the UK by knocking out Tony Bellew and beating Derek Chisora.

The Ukrainian, who, like Joshua, won gold at London 2012, cleaned up the cruiserweight division with victories on the road against world class fighters such as Marco Huck, Mairis Briedis and Murat Gassiev. Now he has his sights set on beating yet another crowd favourite in their own backyard.

As a result of Usyk’s pedigree, it is an opportunity for Joshua to knock over one of the best pure boxers on the planet and silence any residual doubters from that evening in Madison Square Garden.

Saturday night will also mark more than three years since GB’s Olympic gold medallist fought in front of a sold out stadium in the UK. So in more ways than one this offers up the chance to claw back some of those fans who traded him in for the revitalised Fury when Ruiz took his 0 – something boxers are unfairly judged upon in a post-Mayweather era.

Joshua’s promoter Eddie Hearn has frequently stated since Ruiz I that Joshua is ‘doing this for himself’ rather than putting the fans first. A wise choice when you consider how fickle a sports fan can be.

But there does feel a degree of pressure on Joshua to deliver entertainment this weekend, even if the size of the task dictates that he simply just needs to win.

An expectant crowd buzzing to get back to live shows following the pandemic, a (proper) return to the UK, Fury-Wilder III in a fortnight, and potentially also his final show on Sky Sports pay-per-view.

Joshua signed a career-long deal with Hearn earlier this week and while there has been no announcement over his broadcast deal (which runs out with Sky Sports on Saturday), there are certainly conflicting interests at play given Hearn’s recent move from Sky to DAZN.

In the ring, defeat for Joshua would not be as damaging as it would have been had he lost Ruiz II. He has a rematch clause and it would potentially make the second Usyk fight the biggest of his career to date.

But all the ingredients are there to make Saturday night one for the ages. The crowd, the location, the opponent, the platform, the timing, the energy.

We saw the kind of pandemonium he conjured up four years ago. Now, in front of a giddy British crowd, Joshua can show the boxing world he is still the hottest ticket in town.