‘Football is about winning and he wins!’: Owen Hargreaves salutes Jose Mourinho for guiding Roma to their first European trophy in 61 years and claims the Portuguese boss is ‘at his best when he’s the underdog’

Owen Hargreaves was full of praise for Jose Mourinho after the former Manchester United and Chelsea boss steered Roma to victory in the Europa Conference League final.

The Italian side beat Feyenoord 1-0 thanks to a composed finish from Nicolo Zaniolo in the 32nd minute.

It was Roma’s first European trophy since the 1961 Inter-Cities Fairs Cup and Mourinho’s fifth win in as many European finals. He is now the only manager to win all three major European trophies. 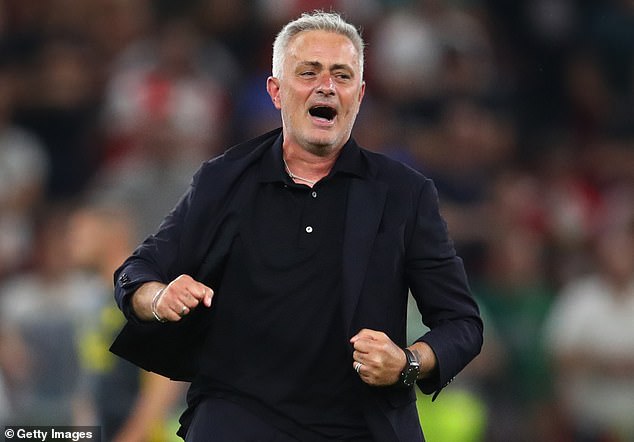 Speaking on BT Sport‘s coverage of the final, Hargreaves said: ‘Mourinho is almost at his best when he is the underdog like you saw initially when he was at Porto.

‘They are not going to blow people away, that is not his style of football but he gets the job done. Football is about winning and Mourinho wins.’

The Portuguese manager guided Roma to sixth place in Serie A this season and has got the best out of English stars Tammy Abraham and Chris Smalling. He led the side on a three month unbeaten run in the league from mid-January to mid-April.

Fellow pundit and Chelsea legend Joe Cole was also full of admiration for his former manager. He said: ‘Roma have got an outstanding manager in Jose. I had a good half an hour with him and he was in great form before this game.’

‘Roma have gone through a few managers, lost a direction and an identity. He’s loved in the city but there is a way to go.’ 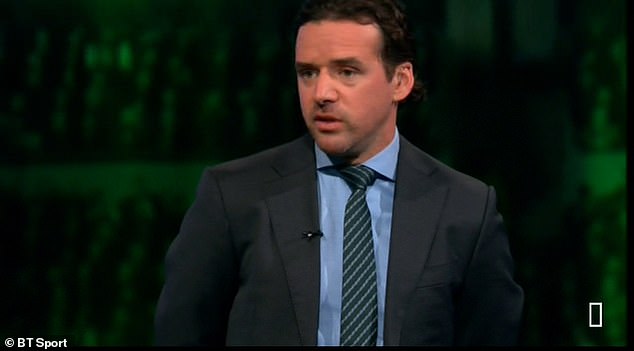 Cole was managed by Mourinho in his first spell at Chelsea from 2004-07 that yielded two Premier League titles, one FA Cup and two League Cups.

The former midfielder continued: ‘These scenes now, especially for the lads who’ve come through the ranks at Roma – you cannot go to that city and not feel the club.

‘Football is a religion there and they will feel like heroes and be remembered, but this is the start of the journey.

‘Jose will be back in the office, planning whether they can have a go at the Europa League and get closer to titles.’