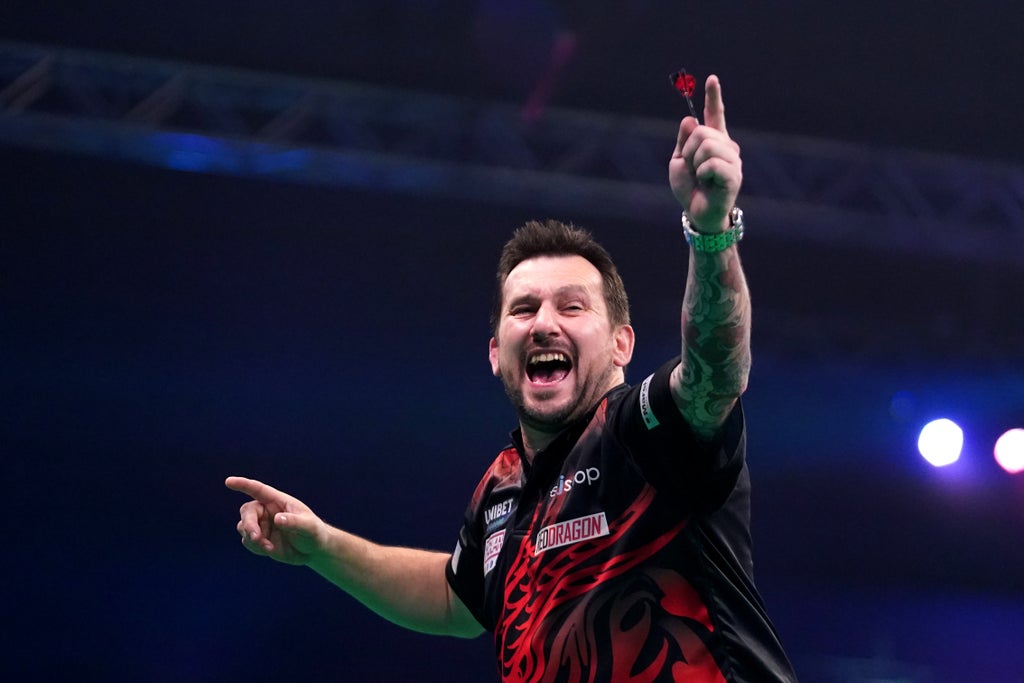 Jonny Clayton celebrated his 47th birthday with an impressive 2-0 win against Callan Rydz to reach the second round at the World Grand Prix.

Premier League champion Clayton landed six doubles from 10 attempts in the annual double-start tournament at the Morningside Arena in Leicester and lost just one leg against tournament debutant Rydz.

Clayton said in his post-match interview on the PDC’s official Twitter account: “I haven’t stopped shaking to be honest, but job done, I had a tough opponent.

“I had my Nando’s, I love my Nando’s, but nobody bought it for me on my birthday, I had to pay for it myself! I can relax though now for a day or two.”

White sealed victory with his ninth match dart in the deciding leg after Anderson had levelled it up at 2-2 with the help of two 180s.

“I’m happy to go through, but I don’t think it was a classic,” White said. “The two of us are good friends. We go fishing together, so it was hard work.”

Krzysztof Ratajski secured his first win at the World Grand Prix at the third attempt after coming from a set down to defeat world number 10 Nathan Aspinall 2-1.

Ratajski said: “I’m very happy. It was one of the hardest matches in my career. It was really hard for me and I’m glad that I won.

“Nathan Aspinall is a class player. He’s one of the best players in the Premier League, so I’m happy.”

Darius Labanauskas won through to the second round on his tournament debut, beating Brendan Dolan 2-1.

Lithuania’s Labanauskas, world number 39, produced a 156 checkout in the opening set of his victory and responded after losing the second set 3-0 by winning three straight legs, which included a 14-dart finish, in the decider.