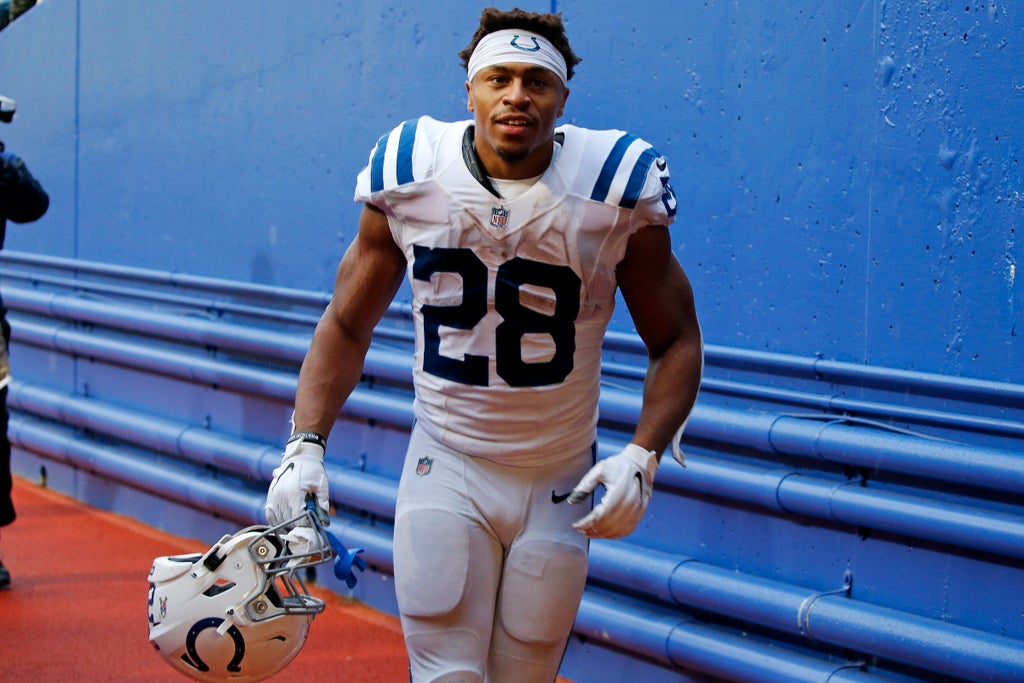 The Indianapolis Colts’ Jonathan Taylor became only the 18th player in NFL history to score five touchdowns in a game as they upset the Buffalo Bills 41-15.

The running back had a career-high 32 carries for 185 yards, moving him ahead of Tennessee’s Derrick Henry as this season’s top rusher with 1,122 yards.

In another surprise win, the Minnesota Vikings beat the Green Bay Packers 34-31, with Greg Joseph’s 29-yard field goal as time expired, while quarter-back Tyrod Taylor ran for two touchdowns and threw for 107 yards as the Houston Texans ended the Tennessee Titans’ six-game winning run with a 22-13 victory.

Washington spoiled Cam Newton’s return to Bank of America Stadium with a 27-21 win over the Carolina Panthers as Taylor Heinicke threw for 206 yards and three touchdowns.

Newton, making his first start since signing a one-year contract to return to the Panthers, threw for 189 yards and two touchdowns and ran for a 24-yard score.

The Miami Dolphins made it three successive wins with a 24-17 victory over the New York Jets, the Cleveland Browns edged a tight game against the winless Detroit Lions 13-10, while the Baltimore Ravens, missing ill quarterback Lamar Jackson beat the Chicago Bears 16-13.

Jalen Hurts ran for three touchdowns as the Philadelphia Eagles beat the New Orleans Saints 40-29, with Jimmy Garoppolo throwing one touchdown and running in another to lead the San Francisco 49ers to a 30-10 victory over the Jacksonville Jaguars.