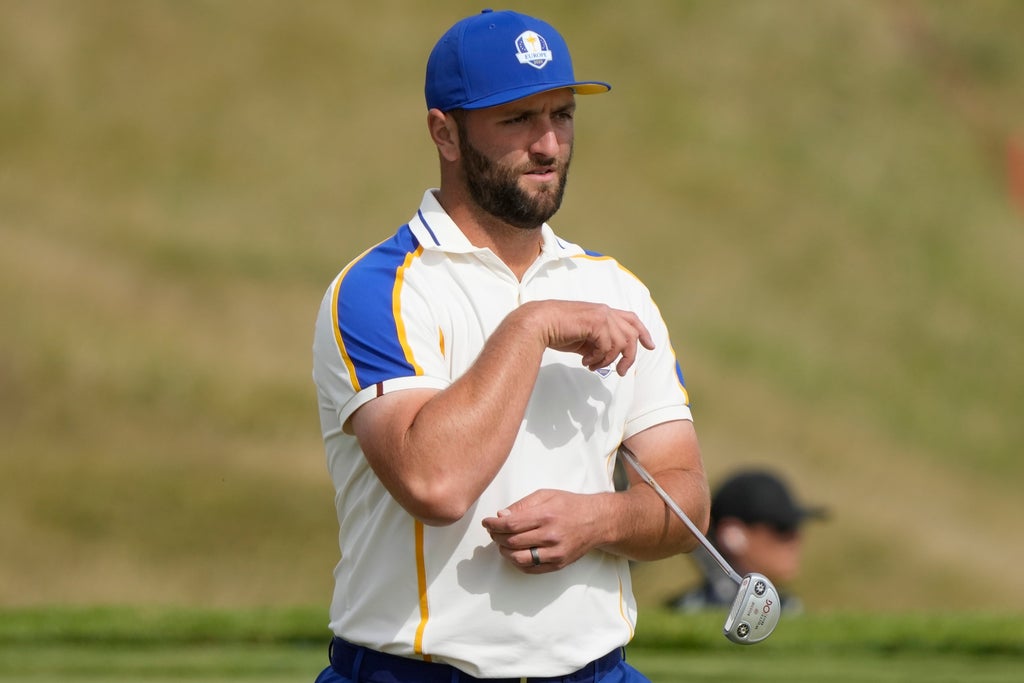 World number one Jon Rahm faced an uphill battle to maintain his unbeaten record as Europe sought to pull off another Ryder Cup miracle on the final day at Whistling Straits.

Trailing 11-5, Padraig Harrington’s team needed a comeback greater than the one produced at Medinah in 2012 to retain the trophy, with the United States needing just three and a half points from the 12 singles.

Rahm had been in brilliant form over the first two days, partnering Sergio Garcia to three wins and also halving his match alongside Tyrrell Hatton, but quickly found himself four down to an inspired Scottie Scheffler.

Scheffler birdied the first four holes before Rahm was able to stop the rot with a birdie of his own on the fifth, but there was also plenty of other red on the board to the delight of the home fans.

Patrick Cantlay was three up on Shane Lowry in match two, Bryson DeChambeau drove the green on the first and made eagle as he moved into a two-hole lead on Garcia and Collin Morikawa won three holes in a row to overturn an early deficit to Viktor Hovland.

The good news for Europe was that Rory McIlroy looked to have rediscovered his form as he led Xander Schauffele by two holes with eight to play, but it looked to be too little, too late after three previous defeats for the former world number one.

McIlroy had also lost his last two singles matches when going out first, but Harrington told Sky Sports: “Clearly Rory is a champion so let him go and lead.

“He has led this team quite a bit and has done a job amongst the team so why not? Put him out there and see what he can do. If he can take Xander down, who is obviously playing well, that is a great bit of inspiration for the team.

“He wanted it (the first spot), that’s for sure, but it was our decision at the end of the day. Everyone is happy with where they are playing for sure.”