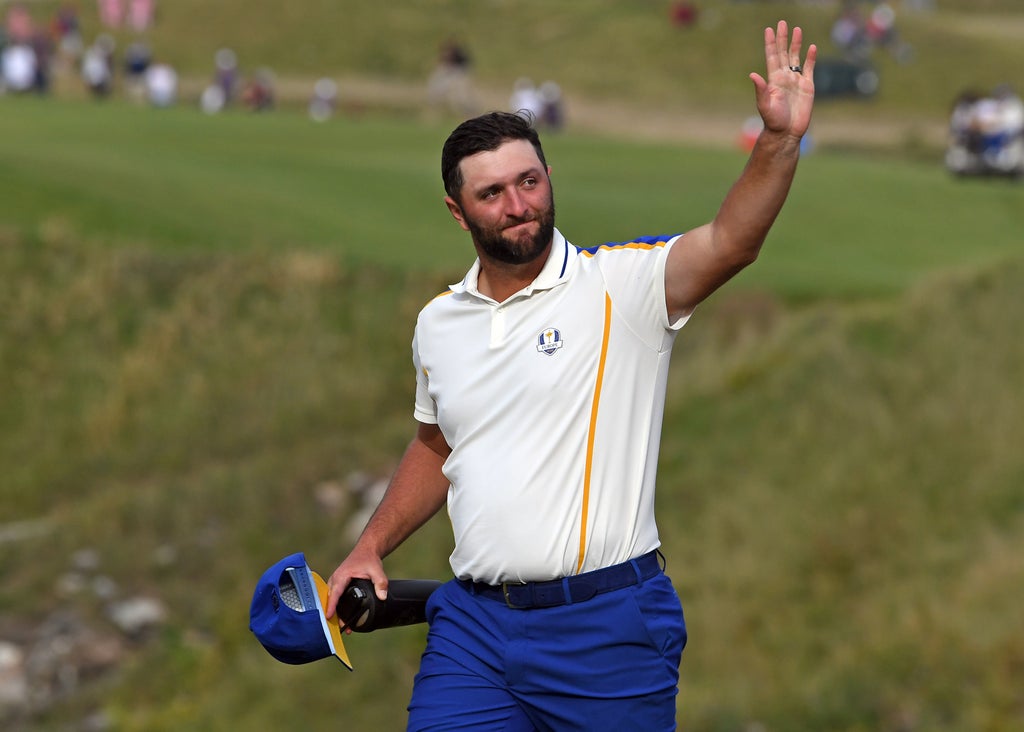 World number one Jon Rahm is targeting an emotional win on home soil as the European Tour returns to Valderrama this week.

The Spanish venue famously became the first in continental Europe to host the Ryder Cup in 1997, an event which sparked a passion for golf in the Rahm family.

That love was passed down to Jon, who this year underlined his status at the top level by claiming his maiden major title at the US Open.

He followed up by playing the lead role in Europe’s challenge at the Ryder Cup last month and he is keen to maintain the momentum as he arrives at the Andalucia Masters.

“Sergio (Garcia) has done a great job out here and many other Spanish players have played great and been able to win here as well. It would be an honour to join the list.

“Historic reasons and nostalgia make me want to win out here, plus it’s a challenge.

“Every time there is an event here, whoever wins is truly the best player that week. There is no way of hiding, you have to be the best.”

The tournament will be Rahm’s second in successive weeks in Spain after finishing in a tie for 17th at the Open de Espana in Madrid.

He had been bidding to win that event for a third time in succession but now hopes to secure Spanish glory at Valderrama, where he finished second in 2019.

He said: “There is always the following week and the following year so maybe I can get my third (there) next year and I can still get a Spanish victory on Spanish soil this week.

“I prepare for every single tournament the same and I prepare to win, simple as that. Luckily I get a little bit more support this week which can only help.”

Rahm is joined in the field this week by two of his European Ryder Cup team-mates in Bernd Wiesberger and Matt Fitzpatrick.

Rafa Cabrera Bello, who won in Madrid after a play-off, Thomas Bjorn and Martin Kaymer are among the other notable entrants. American John Catlin is the defending champion.