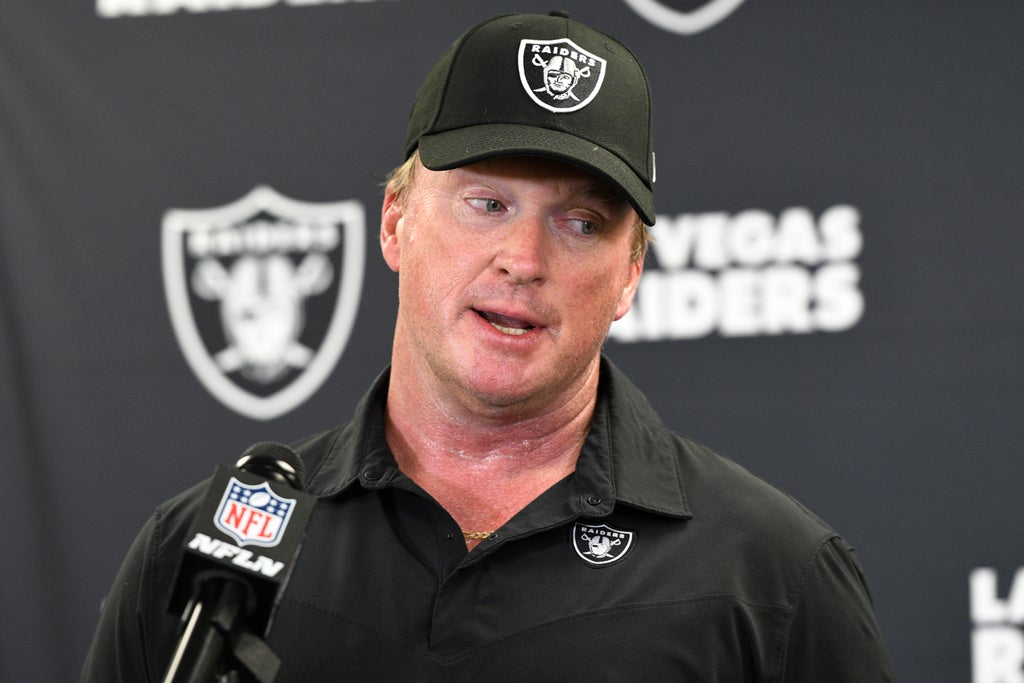 The NFL coach wrote the emails over a 10-year period before his tenure with the Raiders while employed as a broadcaster with ESPN.

“I love the Raiders and do not want to be a distraction,” Gruden said in a statement Monday night. “Thank you to all the players, coaches, staff, and fans of Raider Nation. I’m sorry, I never meant to hurt anyone.”

Raiders owner Mark Davis announced in a short statement that he had accepted Gruden’s resignation.

While Assistant coach Rich Bisaccia will serve as interim head coach ahead of this Sunday’s game at the Denver Broncos, with both teams level at 3-2 and tied for second in the AFC West behind the Los Angeles Chargers entering Week 6.

The announcement came just hours after the New York Times reported on Gruden using misogynistic and homophobic language in emails over a seven-year period.

The New York Times claimed Gruden also emailed Bruce Allen, who was president of the Washington Football Team at the time, urging him not to pressure then-St. Louis Rams coach Jeff Fisher to draft “queers,” in reference to former defensive end Michael Sam, a gay player drafted in 2014.

While the Wall Street Journal reported last Friday that Gruden said Smith had “lips the size of michellin tires” in an email to Allen.

The 58-year-old told ESPN that he used the term “rubber lips” to “refer to a guy I catch as lying… he can’t spit it out.”

“I’m ashamed I insulted De Smith. I never had a racial thought when I used it,” Gruden told ESPN. “I’m embarrassed by what’s out there. I certainly never meant for it to sound that bad.”

Gruden was on an exorbitant $100 million, 10-year contract with the Raiders that was due to expire in 2028.

His tenure ended during the Monday Night Football game between the Baltimore Raiders and Indianapolis Colts.

He ends a three-year spell with the Raiders with a 22-31 record and failed to make the play-offs or secure a winning season in that time.