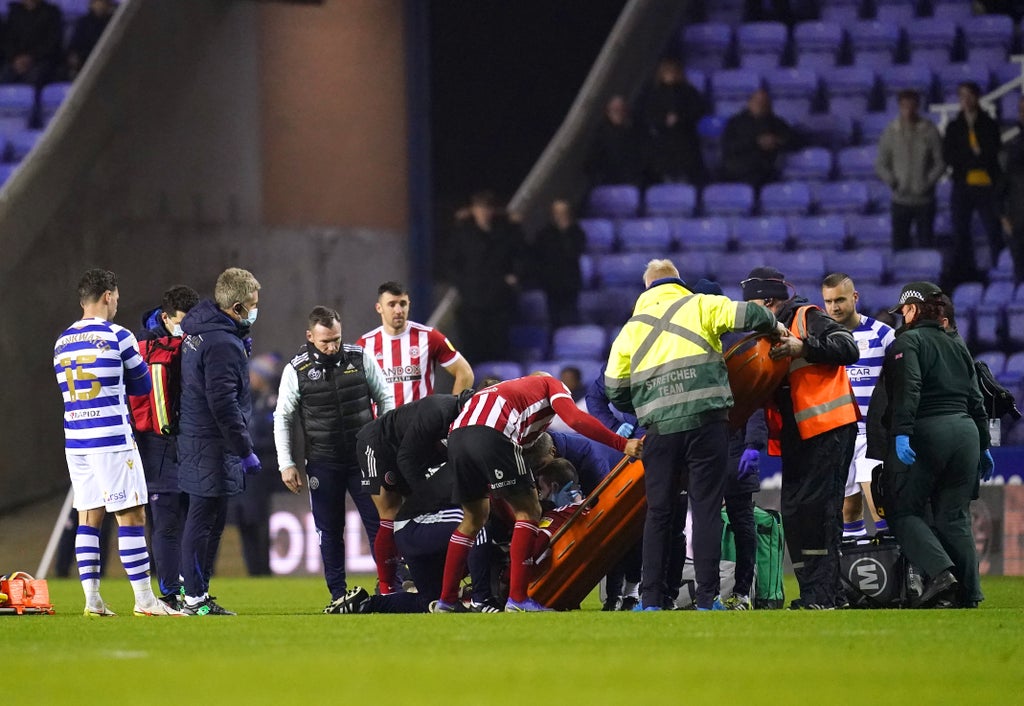 Sheffield United midfielder John Fleck was taken off on a stretcher after a serious-looking incident in the second half of the Championship game at Reading.

With United leading 1-0, Fleck went down apparently unchallenged and his teammates quickly indicated for the medics to run on the pitch to tend to him.

The 30-year-old received “urgent medical care”, the Blades said on their official Twitter account, before, after a 10-minute delay, he was taken off on a stretcher and out of the ground to a waiting ambulance.

The Royal Berkshire Hospital is a short distance from the SCL Stadium.

The club confirmed after the final whistle that Fleck was conscious when he left the stadium.

Manager Slavisa Jokanovic was quoted as saying on the United Twitter account: “He is in hospital, he is conscious and he asked for the result. Hopefully he we will be okay. He is safe, in good hands and we pray that everything will be okay.”