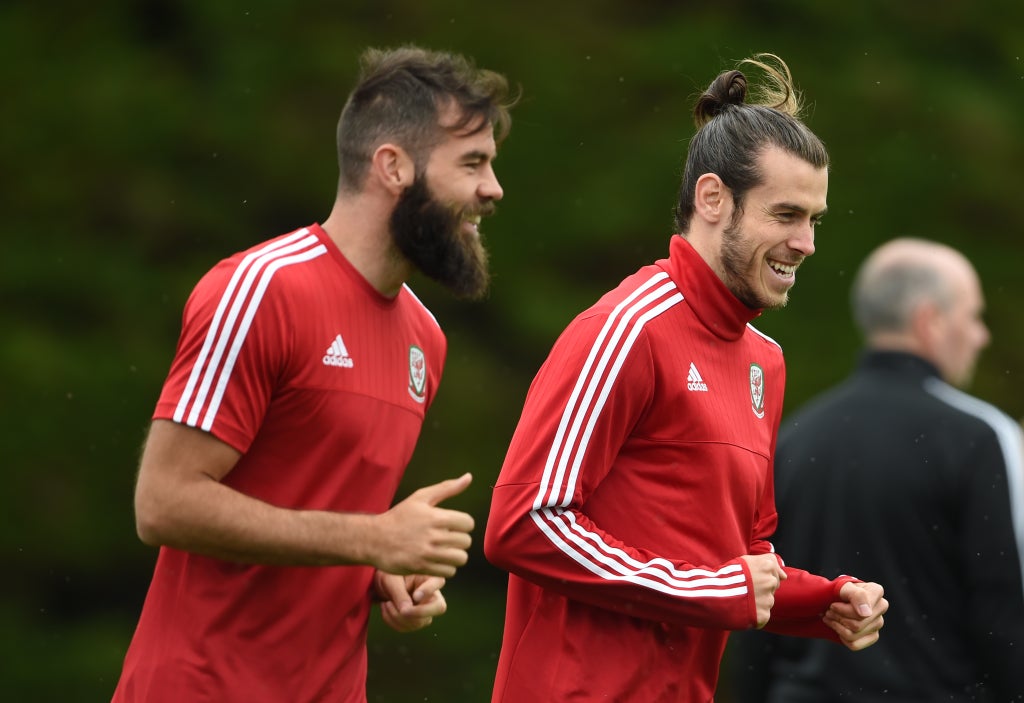 Skipper Bale will miss Friday’s crunch World Cup qualifying clash with the Czech Republic in Prague and the trip to Estonia three days later because of injury.

The Real Madrid forward has suffered what Wales manager Robert Page describes as a “significant hamstring tear” and could also miss the closing qualifiers against Belarus and Belgium in November.

Bale was due to win his 100th cap in Prague, but former Wales midfielder Ledley believes the time has come for others to shine in the 32-year-old’s absence.

“It’s time for these youngsters coming through to step up to the mark,” Ledley told the PA news agency at a McDonald’s Fun Football session in Cardiff.

“We can’t rely on Gareth and Rambo (Aaron Ramsey) forever because in a few years time their careers are going to come to an end like us all.

“There’s a lot of youngsters coming through like Neco Williams and Ethan Ampadu and the future’s bright.

“We need to rely a little bit more on these players because they’re not actually young anymore and have played quite a bit.”

With Bale absent and fitness concerns over Ramsey, who has started only once for Juventus this season, the likes of Daniel James, David Brooks and Harry Wilson seem set to play attacking roles and try to end Wales’ problems in front of goal.

Last month’s goalless home draw against Estonia was the fourth time in five games that Wales had failed to score – the sequence only broken by Bale’s match-winning hat-trick in Belarus.

James is settling into life at Leeds following his move from Manchester United and Wilson also has a new club after his summer switch from Liverpool to Fulham.

“I’m happy to see Dan going to Leeds, he will play regular football and improve his game,” said the 77-times capped Ledley, a key member of the Wales side that reached the semi-finals of Euro 2016.

“I played with Harry at Derby and he’s a fantastic talent. His ability is frightening and it’s good that he’s got his move.

“There’s nothing  worse than going out on loan here and there, and going to Fulham will set him up for the future and benefit him on the international stage.

“David has been unfortunate with injuries. He just needs a few good months under his belt at Bournemouth playing regular football.”

Wales enter their away double-header level on points with the second-placed Czech Republic and with a game in hand.

Belgium, the world’s number one team, are nine points clear and almost certain to claim the automatic qualification place for Qatar 2022 on offer.

The runners-up will book a play-off place, although Wales are almost certainly guaranteed that anyway due to their Nations League results last year.

But beating the Czechs to second spot should secure a home tie in the March play-offs rather than playing away.

“I know we’ve done very well against Belgium before but they’ve gone to that stage where they are a lot stronger than in previous years.

“Everyone would have taken second (when the group was drawn), but it’s important to finish strongly and get that home tie in the knock-out.

“You need that home support as we’ve seen in the past, so you can’t lose against the Czech Republic. Whoever wins that will more likely finish second.

“So we’ll probably take a draw there and hope that four points may be enough for second.”