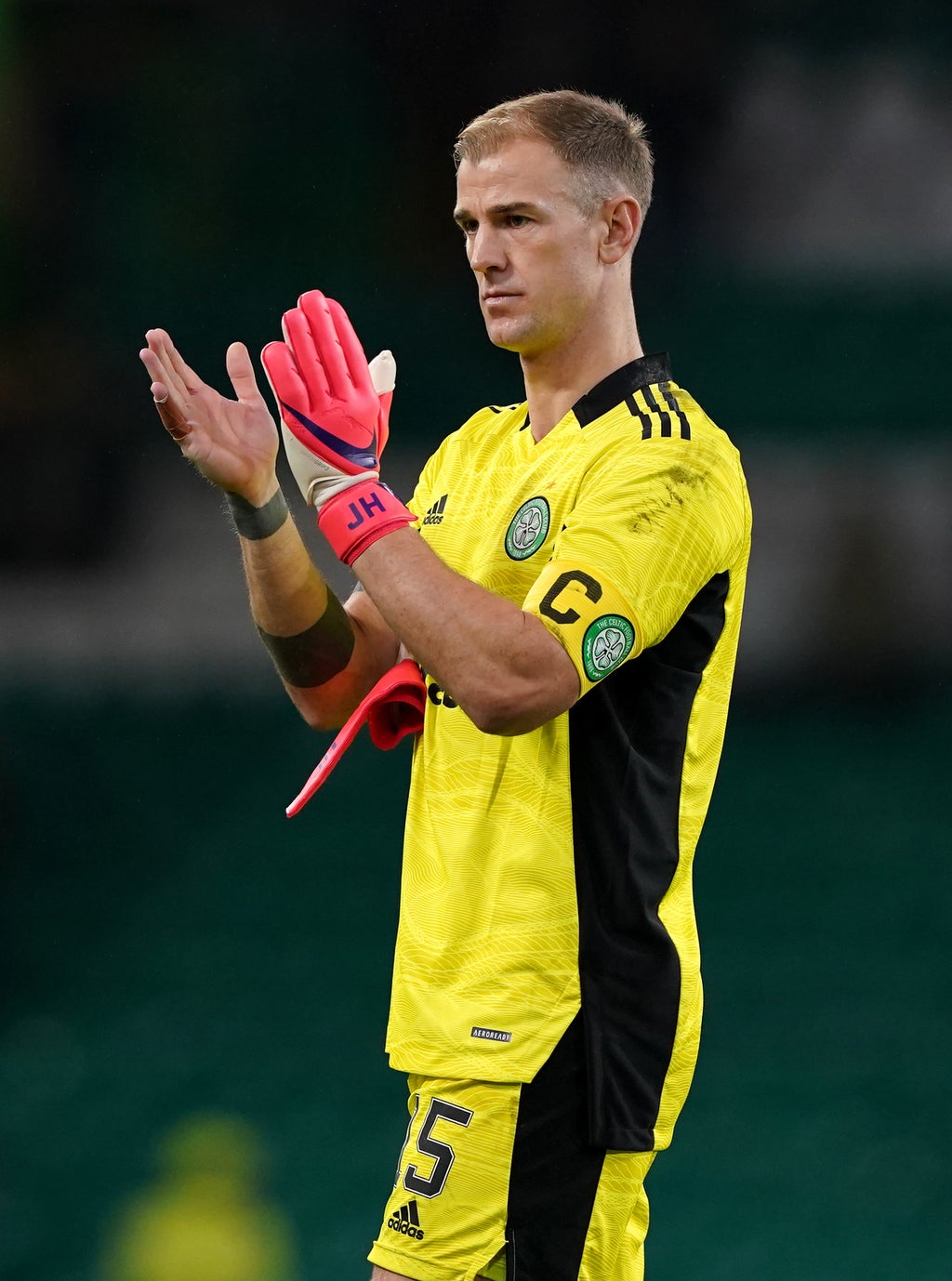 Joe Hart admits Celtic boss Ange Postecoglou’s football philosophy could be described as “risky” but insists it is based on simplicity.

After taking over in the summer the former Australia manager has a much-changed Hoops side focused on attacking with pace in every game but they go into Sunday’s cinch Premiership match against Aberdeen at Pittodrie with only two wins from eight matches in all competitions.

Another inquest followed the bruising 4-0 Europa League defeat by Bayer Leverkusen at Parkhead on Thursday night which left Celtic without a point from two group matches, but 34-year-old former Manchester City and Burnley keeper Hart, who has won 75 caps for England, backed his boss.

Hart said: “What he asks of us as a coach, yes it is a risky, if you like, way of playing football.

“But actually if you really break it down, which he does for us, he doesn’t expect us to just walk out there and he says, ‘play total football, go on lads, off you go’, there is simple ways.

“Ultimately a lot of the time it is 10 or 15-yard passes and we need to believe and be calm and clear in our minds of these 10 or 15-yard passes because yes, it’s a different way of playing to maybe how other teams are doing things but we have a top coach and a good coaching team behind him who also believe in what they are doing.

“All the information is there for us, every single bit of information for us to play his way is there.”

Hart insists he loves being part of a Postecoglou’s project.

He said: “It is why we play football.

“Me personally, I love it, I love the fact that I am 34 years old and I am learning a new style of play and learning new parts that I can do.

“Yes, we are a new group of players but so what, that is not an excuse.

“We are here every day trying to put things right and trying to perform – we do believe we are close.

“That is only going to frustrate people on the outside, it is and we know that, but there is no point coming this far to not see through what we are trying to do.”

Stephen Glass’s Aberdeen side are without a win in eight matches but Hart is focused only on Celtic.

He said: “It is important that we pick ourselves up and we go again and we go hard and look to get three points.

“Aberdeen have their own problems and they are going to take care of themselves but we have to look at us and turn the possession and dominance in games into victories, it is as simple as that.

“We will go there with the same intentions we have had in every game, to dominate and win and we need to get over the line.”