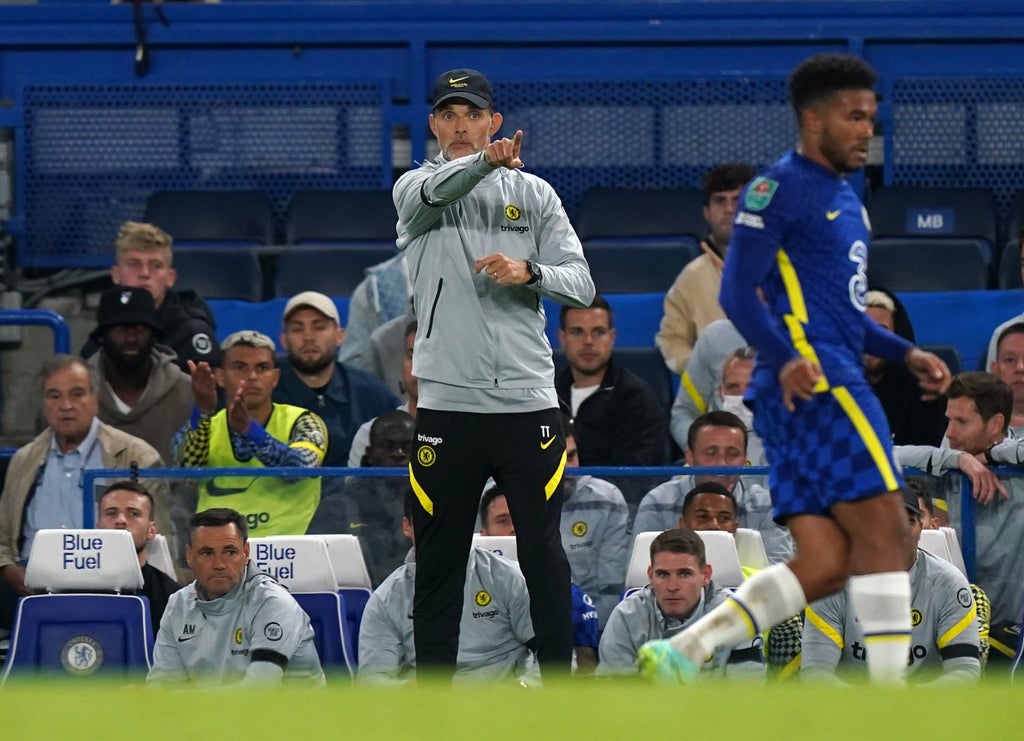 Thomas Tuchel reflected on a job well done after his much-changed Chelsea side booked a place in the last 16 of the Carabao Cup with a 4-3 penalty shoot-out win over Aston Villa at Stamford Bridge.

Ruben Loftus-Cheek made his first start of the season as one of 10 changes from Sunday’s 3-0 Premier League win at Tottenham.

With Villa having also utilised the squad, it took a while for the match to come to the boil.

Timo Werner’s first goal in 11 Chelsea games broke the deadlock early in the second half.

However, a thumping header from Villa’s 19-year-old striker Cameron Archer soon equalised and it remained 1-1 at full-time.

Goalkeeper Kepa Arrizabalaga was the only man to keep his place from Sunday – and again provided the decisive moment, saving Marvelous Nakamba’s effort after Villa captain Ashley Young struck the bar.

“It was a good game full of energy, good chances on both sides between two teams who tried everything to win,” Tuchel said on the Chelsea website.

“Aston Villa played very strong, like they did 10 days ago, and again today. We also did very good.

“It was a nice game to watch, to be in the stadium for. This is also part of what we do, to have entertainment.

“I’m happy because we won, it was a hard one, and now we have some competitive minutes in more players’ legs.”

Tuchel added: “We had many changes, the team had never played in this formation.

“This needs a bit of time on the field, but it was important we don’t expect too much in terms of how we create chances.

“We expected energy and teamwork, and this is what we got out of it, (as) with every minute we got more confident.”

Kepa added another shoot-out success to his UEFA Super Cup final exploits in coming off the bench to edge out Villarreal on spot-kicks in Belfast in August.

Tuchel said of the former Athletic Bilbao stopper: “Kepa is very strong at penalties. He has good experiences in shoot-outs so we focused on that, and tried our best.

“It’s a nice win and I’m happy because it was a tough match, a hard cup fight, and it’s a good feeling to win.”

“We’re disappointed to go out. We came here with a game plan and we picked a team that needed minutes,” Shakespeare said on www.avfc.co.uk.

“At times, Chelsea’s superiority in terms of possession meant we had to hang in there at times in the second half.

“The overall performance and chances we created, the lads can be very, very pleased with.

“However, they’re disappointed in the changing room to go out.”