Jesse Lingard is not a happy man. When his contract expires at the end of this season it will end his formal association with Manchester United, the club he joined as a nine-year-old boy. He had hoped to make a final Old Trafford appearance against Brentford to say goodbye, but Ralf Rangnick instead used his substitutions to bring on Phil Jones, Edinson Cavani, and Fred. His brother, Louie Scott, took to Instagram to describe United as ‘classless’ for not giving him the ending he felt he deserved.

Whilst Lingard’s United career has not been a huge success, and as Gary Neville tweeted there have been ‘far better players than him [that haven’t got] a perfect send off’, it does seem odd not to give him a farewell when winning 3-0 in an inconsequential game. He has a right to be, if not angry, at least disappointed in his boyhood club. However, this is about more than just the Brentford game, it is about the club’s treatment of him in the previous two transfer windows.

After his stellar spell at West Ham, last season – in sixteen Premier League appearances he netted nine goals and assisted four more – Lingard’s career was looking up. Finally, he was living up to his potential that had long been evident but unfulfilled. This appeared to be coming at the perfect time as another season of that calibre would cement him a place in England’s 2022 World Cup Squad. Despite having suitors aplenty, he opted to stay at United after Solskjaer promised him an important role in this crucial season.

This seemed ill-advised as the ten role he thrived in at West Ham was not even available at United given Bruno Fernandes’ performances over the previous eighteen months. Nonetheless, he was clearly given assurances by Solskjaer that the opportunity was there for him to break into the team.  This never materialised, despite Lingard scoring a crucial late goal against West Ham and netting against Newcastle the week before.

Whether Solskjaer was genuine in his desire to involve Lingard is immaterial; JLingz languished on the sidelines as the club’s fortunes suffered. Instead of taking £30,000,000 for a player in the summer, United kept Lingard only to not play him and see him morph into an increasingly discontent figure within the dressing room.

Understandably he tried to leave in January, but United’s corporate greed shone through as they refused to sanction a move to Newcastle without the inclusion of an extortionate £12,000,000 pay-out should they avoid relegation. He has barely featured since and has now become an openly unhappy influence at United. This is merely the latest example of poor squad management which has contributed to the festering disaster that is the United dressing room.

The squad has become bloated as a result of the disastrous policy, implemented by Ed Woodward and Matt Judge, of extending player contracts to maintain their value. Eric Bailly signed a contract extension in January 2020 despite the fact he is clearly unwanted at Old Trafford, creating another undoubtedly unhappy figure. It has also ensured that Mata and Matic are still at United despite being seasons past their best. Ever since Louis van Gaal, United have failed to clear the deadwood from their squad. Were Marcos Rojo and Marouane Fellaini good enough to spend six seasons in the first team? Has Phil Jones deserved ten?

The negative impacts of this bloating have come to a head this season as the pressure to perform has not been present. At the top clubs, players know that if they don’t deliver, they will be shipped out (Chelsea is a glaring anomaly but they are hardly a paragon of how to run a club). Nowhere is this more evident than at City: Guardiola has built a squad of nineteen regulars who all consistently perform to the highest standard. After years of comfortable assurance that their places are secure, the same cannot be said for United’s current squad. Performances have hit new lows with a complete lack of desire and commitment.

Of course, this is tangled up with failures in recruiting the right players to drive United forward, but the unwillingness to get players out is highly damaging. It has consistently given the illusion that the squad is a few players away from having the capacity to challenge for honours as it has depth and experience. In fact, it is full of players who either have nothing to prove or have spent a few seasons wishing to leave.

Ironically, this obsession with keeping players to maintain their value has not even helped United’s finances. They have only made a profit on four players in the last ten years and this summer they are set to lose multiple players on free transfers, including the wincingly expensive Paul Pogba.

Yet, this is not to be mourned. Instead, United should see this summer as the perfect chance to right this wrong. Beyond the departures of Mata, Matic, Cavani, Pogba, and Lingard, United should offload Jones, Bailly, Henderson, and the returning loanees of Martial, Pereira, Tuanzebe, and Williams. Only Donny van de Beek should be given a place in this rebuild.

This would leave United with the first-team squad of seventeen players, giving Ten Hag the space and finances to improve it with hard-working players who buy into his ethos. To break the post-Fergie era cycle of mediocrity, Ten Hag must buck the trend of his predecessors and trim this squad with a cutthroat attitude. 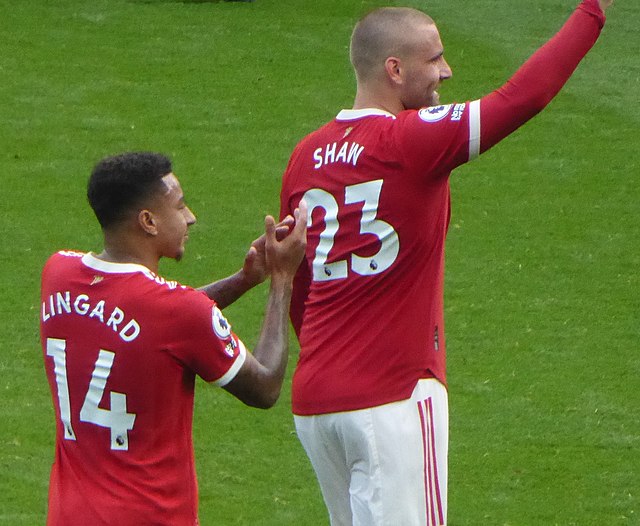