WALNUT CREEK, Calif. — Jason Hart knew he had a comfortable job as an associate men’s head basketball coach at USC, and that was when the former NBA player felt like it was time for change.

With no luck landing a job as a college basketball head coach, which has often been the case for his fellow African American candidates, he did the uncomfortable thing by taking a job as the new G League Ignite head coach.

“Sometimes, in order to grow you have to get uncomfortable,” said Hart to The Undefeated, following a recent Ignite practice. “For me, this was an uncomfortable experience. This was new. But that is how you grow. I really believe when you’re uncomfortable you have to keep growing, learning and adapting.

“I would tell all these [aspiring Black head coaches] don’t be afraid to be uncomfortable, because when you’re comfortable, you’re stagnant and scared to grow. Once you’re scared to grow, it’s over for you. Stick a fork in you. You’re done.”

The NBA has a limited number of Black coaches in a league that is about 75% African American. The trend, however, changed as seven of eight head coaches hired in the offseason are Black. The NBA now has 13 Black coaches, one Hispanic coach and one Asian American coach among its 30 head coaches this season. 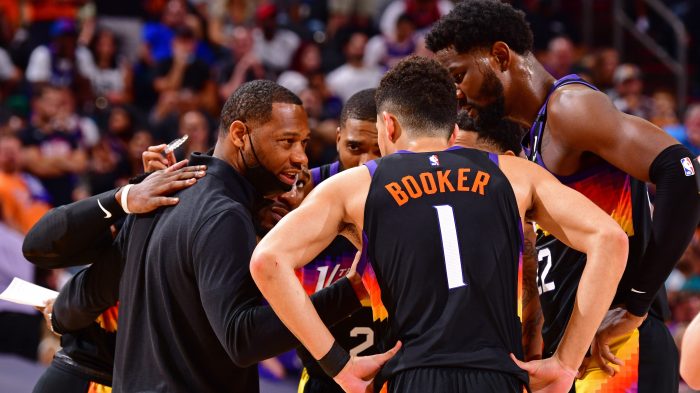 With those statistics in mind, Hart became a member of the Black Coaches Association (BCA), which debuted in June 2020 for African American coaches of all sports. The mission of the BCA is to “develop coaches, improve hiring practices and encourage the use of mental health services for our student-athletes and BCA members.”

“The reason we started the Black Coaches Association was to bring awareness that a lot of opportunities don’t come our way and to let athletic directors know,” Hart said. “In the Pac-12, there is not one Black [men’s basketball] head coach. Now people say it is just timing. It’s not timing. The league is like 80% Black. We are becoming more educated.

“So now we may need to start linking up with the Black high school basketball coaches and say, ‘Hey, we need to send to [this Black college coach] specifically so he can do good, move on and we can replace. Normally, when a Black coach gets fired, they don’t follow him up with a Black coach. So, we need our Black coaches to win so we can come. … We need to start teaming up so we can do better and start moving on, not because you were fired, but because you moved up.”

Before going to the G League, Hart cultivated a resume that warranted consideration for a college basketball head-coaching gig based on his playing and coaching experience.

Hart starred at Syracuse under Hall of Fame men’s basketball coach Jim Boeheim. The Los Angeles native played nine years in the NBA, averaging 4.8 points and 2.3 assists in 15.5 minutes per game in 341 contests. He also played one season overseas in Greece during the 2002-03 campaign.

“Toward the end of my playing career, I knew I wanted to coach in college,” Hart said. “I wanted to be around academics, education and be in an academic setting. When I was done playing, my son was maybe 5 or 6 years old. I didn’t want to do the travel thing at that time. So, I was just hoping I got on in LA.”

After retiring in 2010, Hart returned home to coach AAU basketball in Los Angeles and become the head coach at Taft High School, where he was once named L.A. City Coach of the Year. It was during that stint that he was able to establish ties with local players. Hart began his college coaching career at Pepperdine University in 2012-13. He departed after one season to become an assistant coach under Andy Enfield at USC. Hart was promoted to associate head coach during the 2017-18 season.

While Hart was with USC, the Trojans made three NCAA tournament appearances and had several players drafted into the NBA, including Evan Mobley, Onyeka Okongwu, Kevin Porter Jr., De’Anthony Melton, Chimezie Metu and Jordan McLaughlin. Hart’s dues were paid at USC. However, it didn’t result in any substantial head-coaching offers:

“One at Loyola Marymount University and another that was just exploratory conversation at San Jose State,” Hart said. “Once I couldn’t get a full interview with San Jose State after we went to the Elite Eight and I recruited lottery picks, nose clean, didn’t get caught up in nothing and graduated all the guys, and found diamond-in-the-rough players like De’Anthony Melton, who was a two-star, I was like, ‘Something is going on.’ So after that, I was like, ‘I am going to listen to the first opportunity I get to be a head coach.’ ”

The NBA added the Ignite to the G League last season primarily to offer selected marquee high school stars and other standout teenagers a paid opportunity to play in an NBA-sanctioned environment before entering the league’s draft. Veteran professional basketball players were also on the team. Brian Shaw coached the Ignite to an 8-8 record during its inaugural campaign last season with two top-10 NBA draft picks, Jalen Green and Jonathan Kuminga. 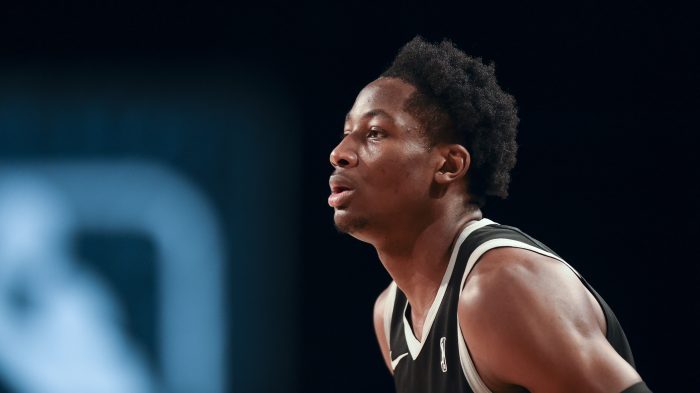 The Ignite head-coaching job opened after Shaw departed to become an assistant coach with the LA Clippers in the offseason. G League president Shareef Abdur-Rahim initially called Hart, his former Sacramento Kings teammate, for advice on who he should consider for the opening. Hart offered a candidate Abdur-Rahim was very familiar with: himself.

“When he was throwing names at me, I was like, ‘What are you trying to do?’ ‘I need to hire a new coach because Brian is going to the Clippers,’ ‘Well, damn, I want the job,’ ” Hart said. “So, I interviewed, and when I did I knew there would be other people on the call and I didn’t want to let him down. And I killed it. I had slides of all the players. I did my homework on each player and explained how I was going to get them better from 8 in the morning until 9 at night.”

Abdur-Rahim was impressed enough to hire Hart as the new Ignite head coach on Aug. 8.

“Jason and I played together and I followed him post-career to when he started coaching on a grassroots level and then being at USC,” Abdur-Rahim said. “He’s touched every level. He was a really good player. He was a pro. Every year he had to prove himself [in the NBA].

“He embodies everything we do here. You see him at practice communicating with guys, teaching them and showing them what we got to do. It fits.”

Hart said much of the initial response of his decision to leave college for the G League was met with raised eyebrows from colleagues, but he thought his move was “a great one” to fulfill his head-coaching dream.

“People thought that when I took this job I was crazy,” Hart said. “ ‘Why would you want to do something that is not for sure when you could be at USC forever?’ When I heard ‘forever,’ I said, ‘I got to go because y’all look at me as just an assistant,’ and I thought that was crazy. I wanted to be a head coach. I wouldn’t even consider this to be a gamble. You get a chance to lead.”

Hart will make his coaching debut when the Ignite begins its season on the road Friday against the Iowa Wolves in Des Moines, Iowa. The Ignite’s roster includes two top-10 recruits from the high school Class of 2021 in Jaden Hardy (No. 2, ESPN 100) and Michael Foster Jr. (No. 9); Sterling “Scoot” Henderson, ESPN’s No. 7 prospect in the Class of 2022 before he reclassified; NBA Global Academy standout Dyson Daniels of Australia; and Chinese forward Fanbo Zeng, who decommitted from Gonzaga to join the Ignite.

Hart said he wants to teach his players that it is a “privilege” to be in the NBA and nothing is guaranteed. He also believes his time in the NBA and coaching in high school and college will help him relate to his young players while offering a nurturing environment to grow. Hart says it is important for the Ignite to be competitive, fight to win, communicate well with staff members and be punctual.

Hart said he is enjoying the “all-hoop” environment with the Ignite and doesn’t miss college coaching. And the players seem to be bonding with their new coach.

“When he got the job, I was excited for him,” Hardy said. “He recruited me at USC and we already had that relationship. I already knew who he was not only as a person, but as a coach, because he wants you to get better.”