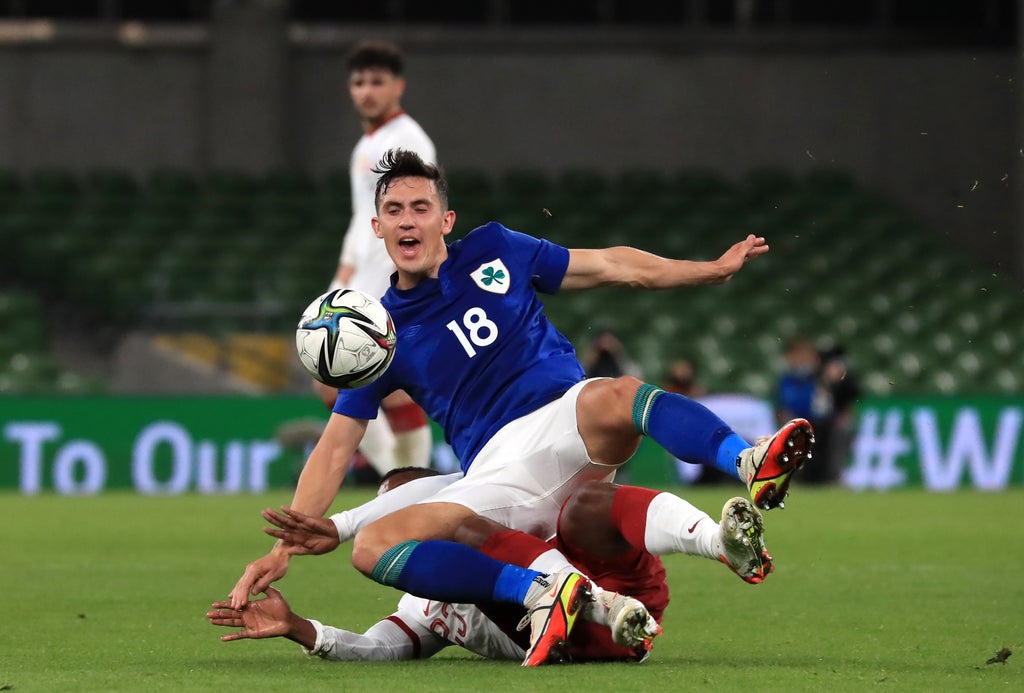 Jamie McGrath would have laughed had he been told at the start of the year that he would be playing senior international football for the Republic of Ireland by now.

The 25-year-old midfielder was plying his trade in the League of Ireland with Dundalk when Scottish Premiership side St Mirren came calling in January last year, and his rise since has seen him elevated to the senior ranks by Ireland boss Stephen Kenny.

McGrath freely admits he has been surprised at how quickly his career has progressed and is relishing the opportunity to test himself at senior international level after being handed a debut as a substitute against Andorra in June.

He said: “It was a long-term dream. I probably didn’t expect it to happen as quickly. When I got the nod in the summer, I was over the moon. My aim was to try and stay in the squad and lucky enough I did that.

“I just had to keep working hard and hopefully do it at club level and see where that took me.

“If you told me at the start of the year that I’d be here now, I probably would have laughed. But I always had a determination to try and go as far as I could.

“It’s gone well this year, so hopefully it can keep continuing.”

Kenny, who worked with McGrath during their time together at Dundalk, was confident he would fit into his new-look team, and has been proved correct.

He got his chance after scoring a remarkable 17 goals for his club last season, and Kenny had no qualms about throwing him into the starting line-up for last month’s desperately unfortunate 2-1 World Cup qualifier defeat in Portugal in which the Republic led 1-0 with a minute of normal time remaining.

He started again against Serbia three days later and having been used as a substitute in Saturday’s 3-0 qualifier victory in Azerbaijan he made the XI for Tuesday’s 4-0 friendly victory over World Cup hosts Qatar.

McGrath said: “It was only my first time being in the group in June and everyone was unbelievable welcoming me in, all the senior boys. I can’t talk highly enough of them.

“Even when I made my [full] debut in Portugal, they were constantly in my ear. It’s a great group to be coming into. Ever since I’ve been involved, I’ve loved every minute of it.”

For all the faith placed in him, McGrath was in no position to pull rank when, having been tripped by defender Karim Boudiaf, Ireland were awarded a 13th-minute penalty.

Ten of his goals last season and both this time around were scored from the spot, but with Callum Robinson bang in form and on his way to a hat-trick, his polite request met with a negative response.

McGrath said with a smile: “I had a brief discussion with Callum, but he was on a mission, so I didn’t want to stop him. Thankfully it went in.”