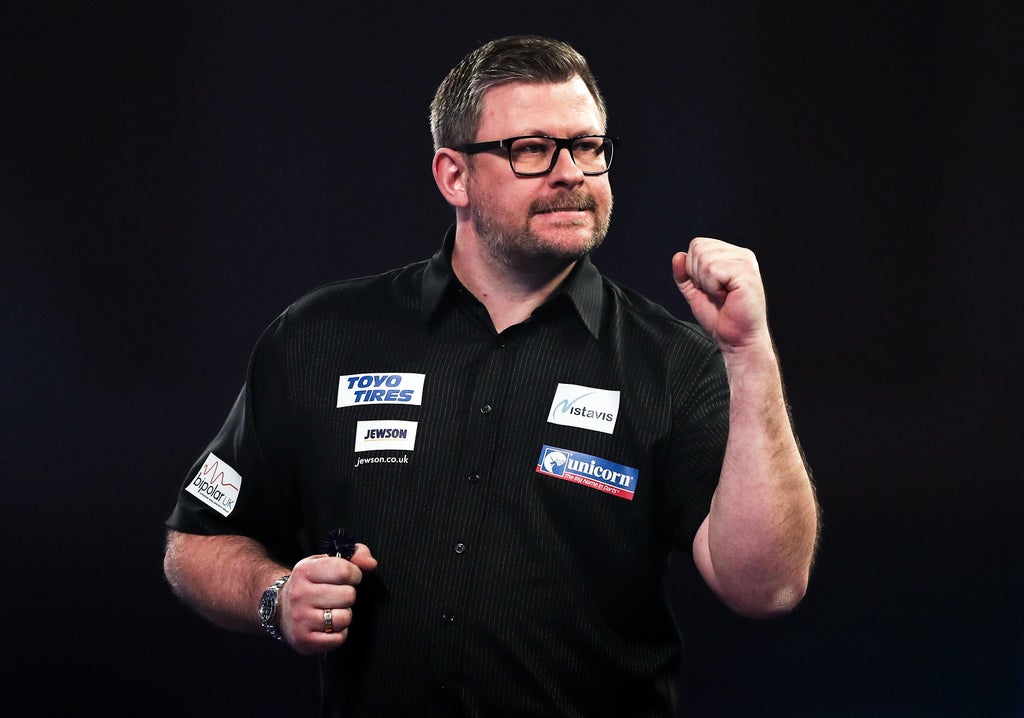 James Wade produced a brilliant bullseye finish to reach the second round of the World Grand Prix in Leicester.

Two-time champion Wade checked out on 121 to beat Australian Damon Heta in a sudden death decider.

But missed doubles cost him dear and number four seed Wade rattled off three legs to take the set.

Heta levelled to take the match into a third set decider and it went all the way before Wade won the fifth leg in the most dramatic fashion.

“I’ve had a lot of mates who’ve helped me out with the practice side of it,” Smith said.

“They’ve kept me on the dartboard in the last three or four weeks, so I have to thank my mates for that.”