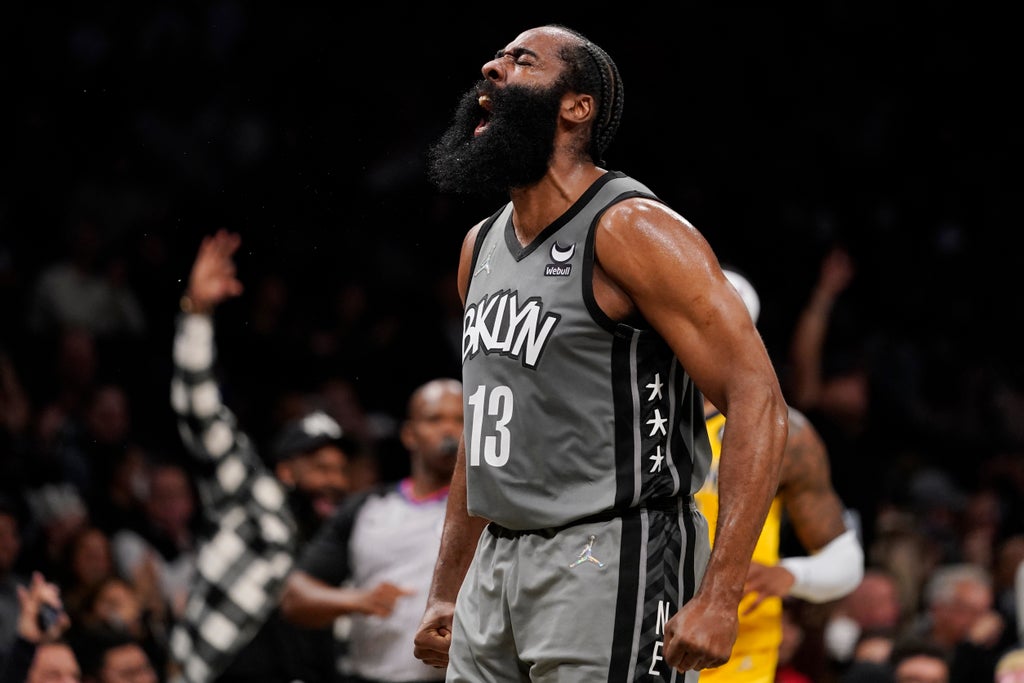 James Harden produced his best game of the early season to help the Brooklyn Nets to victory over the Indiana Pacers 105-98 on Friday.

Harden, who has struggled so far finding his scoring groove, converted 16 of his 19 free throw attempts en route to a game-high 29 points.

Despite giving up an early 12-point deficit, Brooklyn were able to tighten up defensively through the middle of the game, restricting the Pacers to less than 20 points in the second and third quarters.

A late surge was not enough for Indiana as the Pacers fell to just one win and five losses from their first six games.

The game remained neck-and-neck through three quarters, but the veteran Lakers duo took charge down the stretch to seal a 113-101 victory.

Russell Westbrook added 19 points for Los Angeles, while Evan Mobley led the way for Cleveland with 23.

Scottie Barnes edged Jalen Suggs in a clash of the rookies as the Toronto Raptors narrowly beat the Orlando Magic 110-109.

Barnes, who was picked one spot ahead of Suggs in this year’s draft, finished with 21 points and nine rebounds in a thrilling contest which almost saw Suggs single-handedly complete a late comeback.

However, the Magic were ultimately left to rue a sloppy inbounds play at the final buzzer as they fell to a third successive defeat.

Elsewhere, the Sacramento Kings snuck past the New Orleans Pelicans 113-109 while there were big wins for the Miami Heat, Portland Trail Blazers and Denver Nuggets.