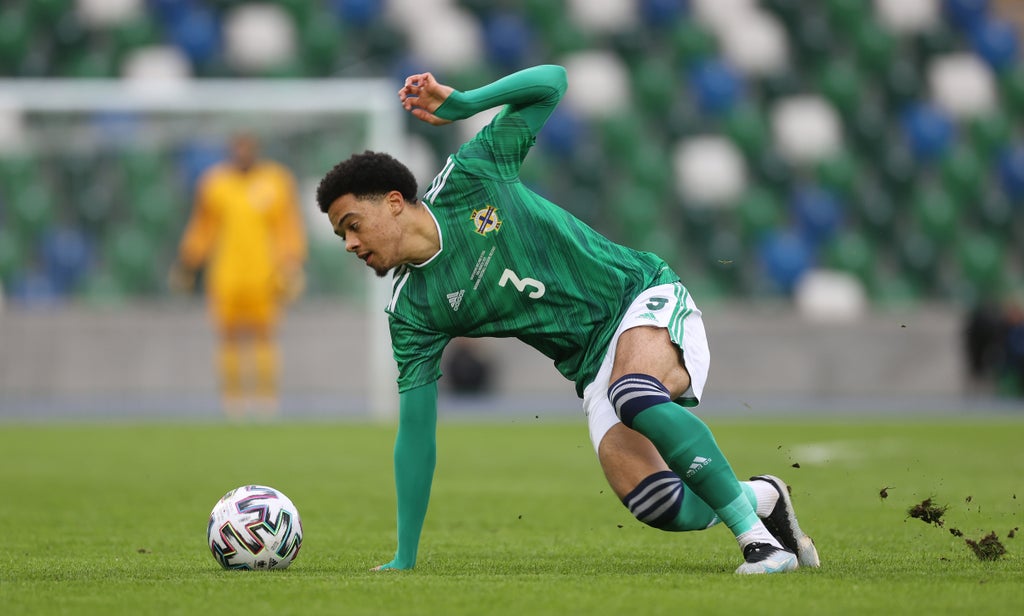 Jamal Lewis wants to seize an opportunity with Northern Ireland this week as his frustration at not playing regularly with Newcastle continues.

Lewis, 23, was a regular under Steve Bruce for much of last season, but this term has made only two appearances, one in the Premier League as a late substitute in the 4-1 defeat at Manchester United.

Fit after suffering with Covid-19 late last season and having a hernia operation in the summer, Lewis said he just needed to keep working hard.

“Any player will tell you they want to be on the pitch helping their team, especially when results aren’t going your way, you want to try and help and do as much as you can,” he said.

“On a personal level and club level it’s frustrating right now but in football things can change quickly, and I back myself to be ready when that opportunity comes…

“I don’t doubt myself, I believe I’m a Premier League-level full-back. In football a lot of things can happen. I just have to wait for the opportunity and when it does take it with both hands.

“Hopefully it will be a distant memory that I wasn’t starting the first few games of the year.”

Lewis seems certain to start for Northern Ireland in the crunch World Cup qualifier against Switzerland on Saturday night, his place looking assured even before the spate of injuries which have disrupted Ian Baraclough’s plans.

Northern Ireland are expected to be without seven members of the original 26-man group named for Saturday’s match in Geneva, with Jonny Evans having become the latest player to pull out through injury after Corry Evans, Shayne Lavery, Ali McCann, Michael Smith, Trevor Carson and Gavin Whyte also withdrew.

Last month they managed to take four points from qualifiers away to Lithuania and at home to the Swiss despite being without a string of key players – including both Evans brothers as well as Stuart Dallas and Josh Magennis.

George Saville missed the 4-1 win in Lithuania through suspension, returning as a substitute in the goalless draw with Switzerland at Windsor Park.

The 28-year-old had a disrupted start to the season after contracting Covid-19, bedridden for five days, but has recovered to get a run of games back at Millwall, scoring twice in 13 appearances.

“It’s part and parcel of football,” Saville said of injuries. “It’s what us footballers have to deal with at club level as well, you get runs in the team and it’s up to you to maintain that level…

“It’s just up to the players who are playing. Obviously there are huge misses such as Jonny Evans – we have to get on with it. It’s just football.

“It’s no secret that you are a better team when you have your better players playing. But when they are not fit or not available, it’s up to others to step in and stand up to it.”

Northern Ireland head to the Stade de Geneve three points behind the Swiss in the battle for second place as Group C. They know they are second favourites for this pivotal qualifier, but that suits Saville just fine.

“We’re probably in the position we like, being underdogs,” he said. “The expectation is they’ll want to come and win the game. It’s up to us to upset them and hurt them.

“Switzerland being the home nation with the ranking they’ve got, all the pressure is on them.

“For us, we feel we can still compete and go and get a result. We’re going into the game thinking we have as much chance as them, but without the added pressure they have because of all those things I have just said.”