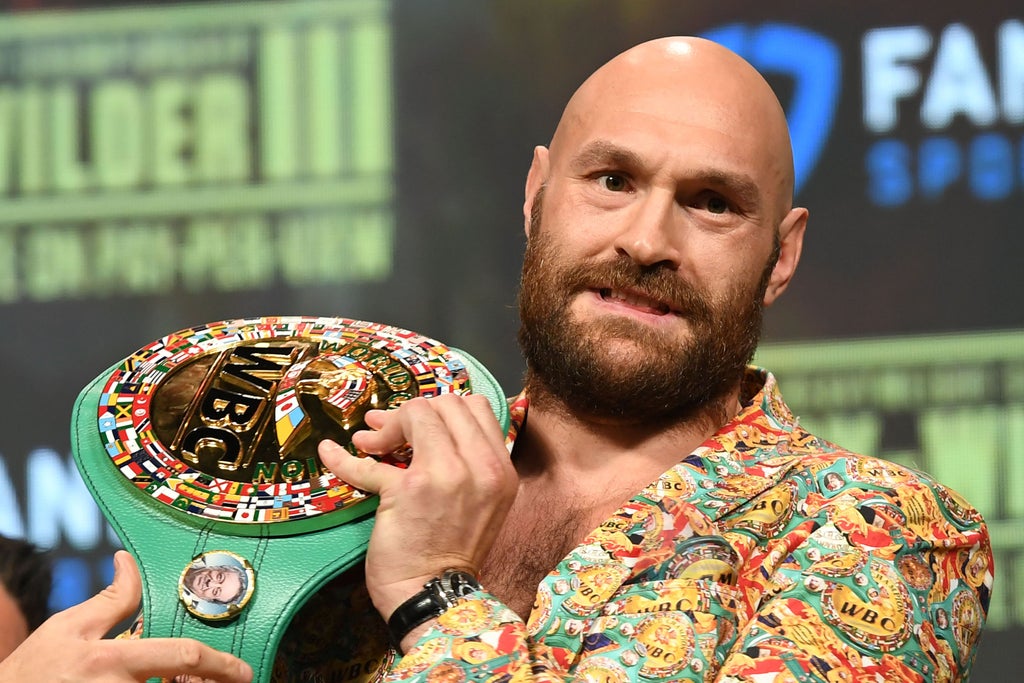 Tyson Fury has told brother Tommy he will have to change his name if he can’t beat Jake Paul in a fight.

The YouTuber is now 4-0 as a professional after outpointing Tyron Woodley last time out while former Love Island star Fury beat former training partner Anthony Taylor in his last bout on the undercard.

The two appear set to clash in the ring sooner rather than later after exchanging multiple verbal barbs over recent months.

And Tyson, who will defend his world heavyweight title against Deontay Wilder in Las Vegas this weekend, believes his younger sibling would have to win a fight that would be a “spectacle” to watch.

“I think the fight needs to happen – Tommy and Jake will get the fight done,” Tyson told Boxing Social.

“If Tommy can’t splatter Jake Paul, I’ll retire him from boxing myself. If he can’t beat Jake Paul, forget about boxing.

“Because he’s got ambitions of being a world champion, never mind beating some YouTube guy.

“But it’s a great fight for the social media world and for all the kids out there who support them both.

“It’s a great fight to watch, it’s a spectacle. But Tommy – his name’s Fury. If he can’t beat Jake Paul, I’ll have to change his name.”