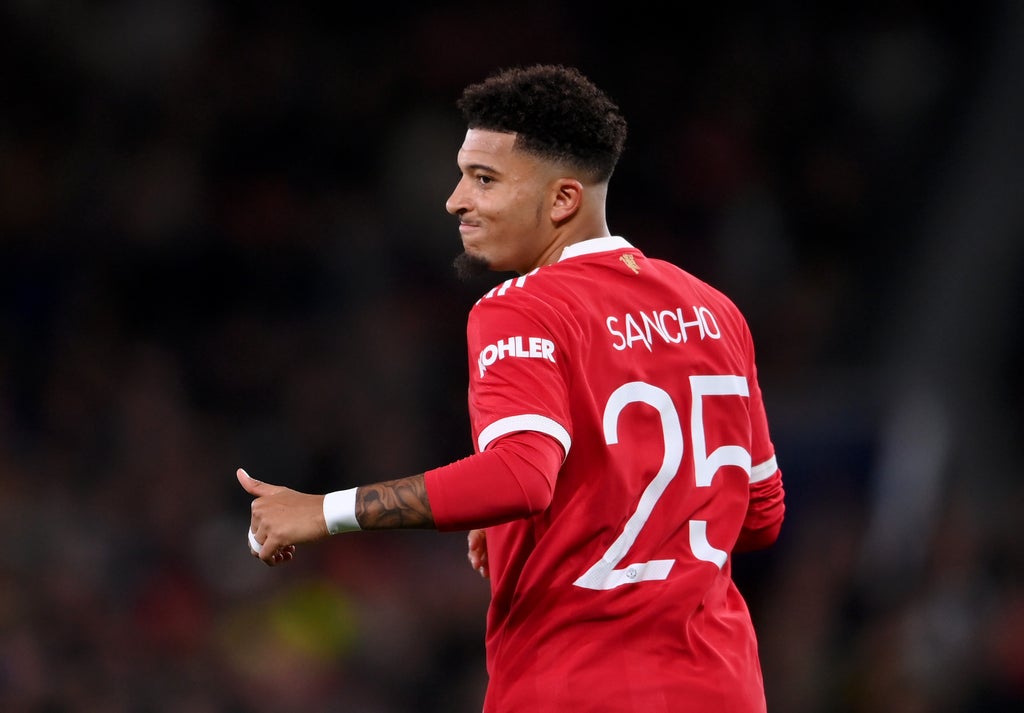 Gareth Southgate has offered to help Jadon Sancho adapt to the Premier League after his challenging start to life as a Manchester United player.

Sancho completed his long-awaited £73m move to Old Trafford from Borussia Dortmund following his involvement with England at the European Championship this summer but is yet score or assist for Ole Gunnar Solskjaer’s side.

The 21-year-old was included in the England squad for forthcoming World Cup qualifiers against Andorra and Hungary despite Southgate admitting that Sancho’s form was “probably not” worthy of an international recall.

The England manager believes that Sancho’s teething problems at United are due to a difference in quality between the Premier League and the Bundesliga, a competition in which the winger scored eight goals and set up 11 more last season.

“With Jadon, I’m not surprised really,” Southgate said. “I think to adapt, the Bundesliga is totally different. Dortmund is a big club but Manchester United is one of the biggest in the world. There’s some adaptation to that.

“There’s a definite adaptation to the league, you’re not going to get the goals and assists numbers anywhere near in our league that you are in the Bundesliga.

“There are some very good teams, it’s a good league for young players to develop in because there’s some teams that aren’t at that level. Our league every game is intense and tough and he’s probably just starting to realise that.

“Does he deserve to be in on these performances over the last few weeks? Well, probably not, but I think we feel we have invested in Jadon over a period of time, we believe he can get to a higher level.”

Southgate offered to speak with Sancho during the forthcoming October international break in order to help him adapt to his new surroundings in club football.

Sancho was one of the three England players to miss a penalty in the European Championship final shoot-out defeat to Italy during summer, along with Marcus Rashford and Bukayo Saka.

“I think I would like some time with him to chat with him and help that process that’s going on at Manchester United as well and I think for him to feel that we have belief in him at this point is a good message,” Southgate said when explaining Sancho’s inclusion.

“Again, with what we’re talking about there’s no perfect solution here. You can easily throw another name at me that we’ve left out in the past and say well you didn’t do it the same way.