JACKSON, Miss. — Athletic director Ashley Robinson remembers a time when Jackson State held its spring game on campus instead of their home at Mississippi Veterans Memorial Stadium, which holds more than 40,000 fans.

These days, Jackson State’s spring game is a made-for-TV event.

On Sunday, JSU became the first historically Black college and university (HBCU) to have ESPN televise its spring game.

The reason: Coach Deion Sanders has resurrected a moribund program and made it arguably the country’s highest-profile FCS program. He’s done it by winning and recruiting Travis Hunter, the first five-star recruit to sign with an FCS school.

A school spokesman said 20,000 attended Sunday’s game. The Tigers also had about 140 recruits, including nine on official visits, at the game.

“I’m extremely thankful and happy that ESPN deemed it wonderful for us to have that platform,” Sanders said of having the game televised. “It opens up tremendous doors and shows you the culture for who we are. You got a chance to see the band and the cheerleaders and we had a chance to interact with the crowd. Everything we’re about was phenomenal. 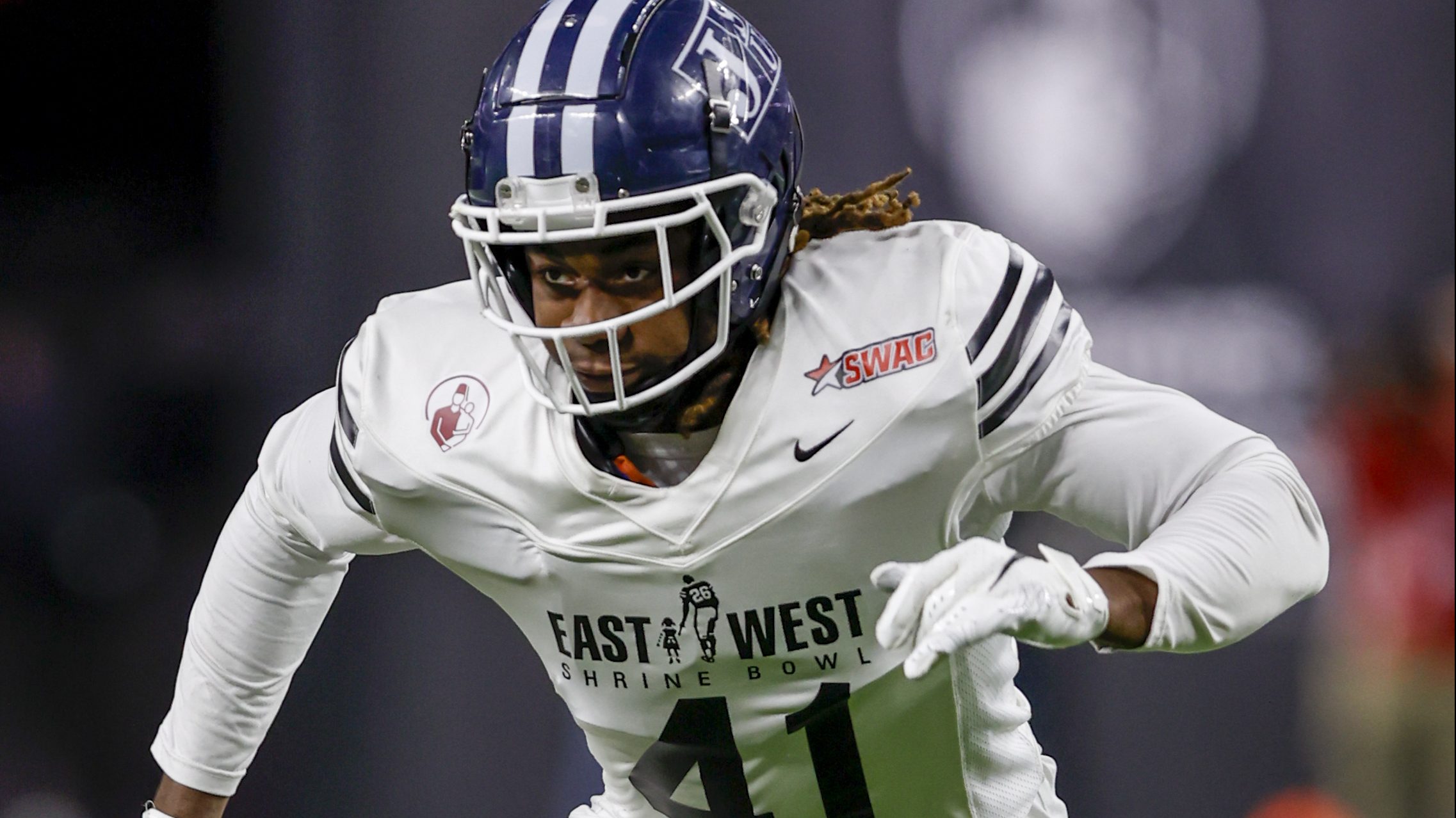 “He does not wait for a game or a spring game to be dominant,” Sanders said. “He’s like that at practice.”

Last season, Sanders, a member of the Pro Football Hall of Fame, led JSU to an 11-2 record and its first Southwestern Athletic Conference championship since 2007.

South Carolina State upset JSU, 31-10, in the Cricket Celebration Bowl, but all that’s done is heighten expectations for the 2022 season. Sanders doesn’t just want to win, he wants the Tigers to dominate.

“We want to win by such a large margin,” he told fans during a 10-minute question and answer session before the game, “that I can mess around and be in the parking lot eating in the fourth quarter.”

Sanders had tailgate food on his mind because he spent a portion of the pregame festivities kissing babies, shaking hands and taking pictures as he continues to embed himself in Jackson’s community.

Yes, he did make a plate and sample some food.

There were four bounce houses where kids frolicked, a snow cone station with a 20-minute wait and several tailgate parties.

“We didn’t have this kind of energy and excitement before he showed up,” Robinson said of his head coach. “This is the first time we’ve ever had a fan fest. We wanted to get the fans stoked up and excited and buying season tickets.”

John Bryant owns a recreational vehicle with a banner on the front that reads, “Good Luck Coach Prime from John, Pat and John Louis. 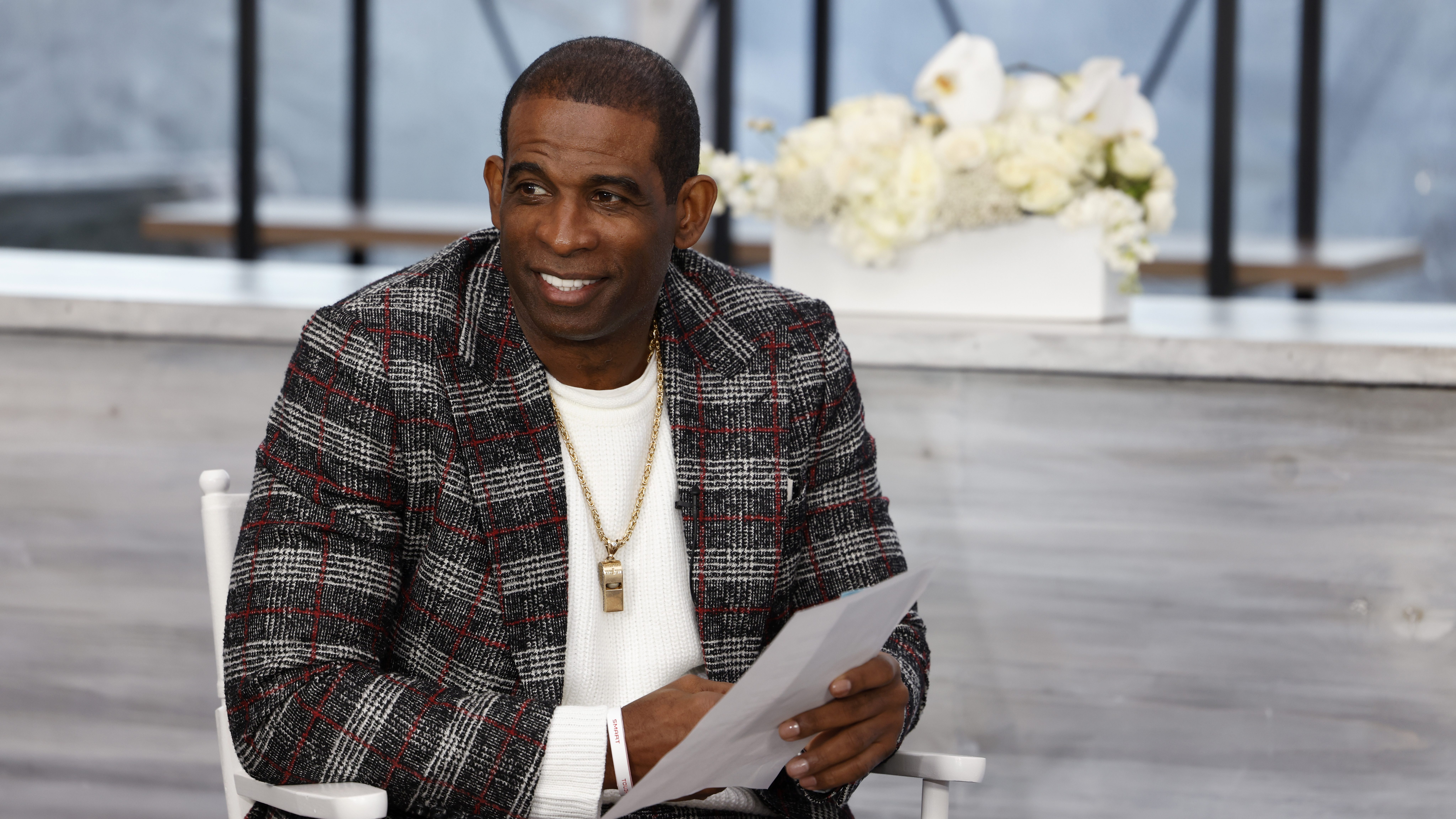 Where will Deion Sanders coach after Jackson State? Wherever they let him be the CEO of footballRead now

Anthony Dobson was cooking fried catfish and okra for a tailgate party of about 40.

“He’s brought so much revenue into the city, which is very important for a place like Jackson,” he said as a string of R&B songs blared in the background.

“JSU is winning and he’s showing people that you can be at a place like Jackson State and they’ll find you.”

They, being NFL scouts, were going to find players like Hunter no matter where he went to school. The same goes for Kevin Coleman, the No.58 overall player on ESPN’s Top 300.

Still, they each showed why they were top recruits.

Hunter, the most dynamic player on the field, gained 25 yards on a reverse on the game’s first play. He ended the drive with a leaping nine-yard touchdown in the back of the end zone despite tight coverage.

On the next possession, he caught an 80-yard touchdown from the slot, and when the second-team offense came on the field, he shifted to defense and made a leaping interception.

And on the scrimmage’s last play, he intercepted a pass in the end zone.

“The game is too easy for that dude,” safety John Huggins said to no one in particular as he walked off the field.

Any other day, Coleman might’ve been the talk of the spring with a 89-yard kickoff return for a touchdown and a 31-yard catch down the seam after absorbing a big hit.

“The kid can play. He loves the game,” Sanders said. “He’s very competitive. Short game. Long game. He can go get it, and he gives you something as a return man.”

This was also big day for Sanders, who missed three games last season after he developed blood clots following surgery to amputate two toes on his left foot.

He used various forms of a motorized scooter to coach when he returned from surgery.

Well, he was at his animated best during the spring game. He spent the entire game on his feet, usually 20 yards behind the offense, giving directions and alternately offering encouragement and chastising players.

When his postgame interview ended, and he had taken a few pictures. He limped back to his office to gather his belongings and briefly interview a new addition to the staff.

Then it was off to make an appearance at the restaurant where the recruits were eating before heading home.