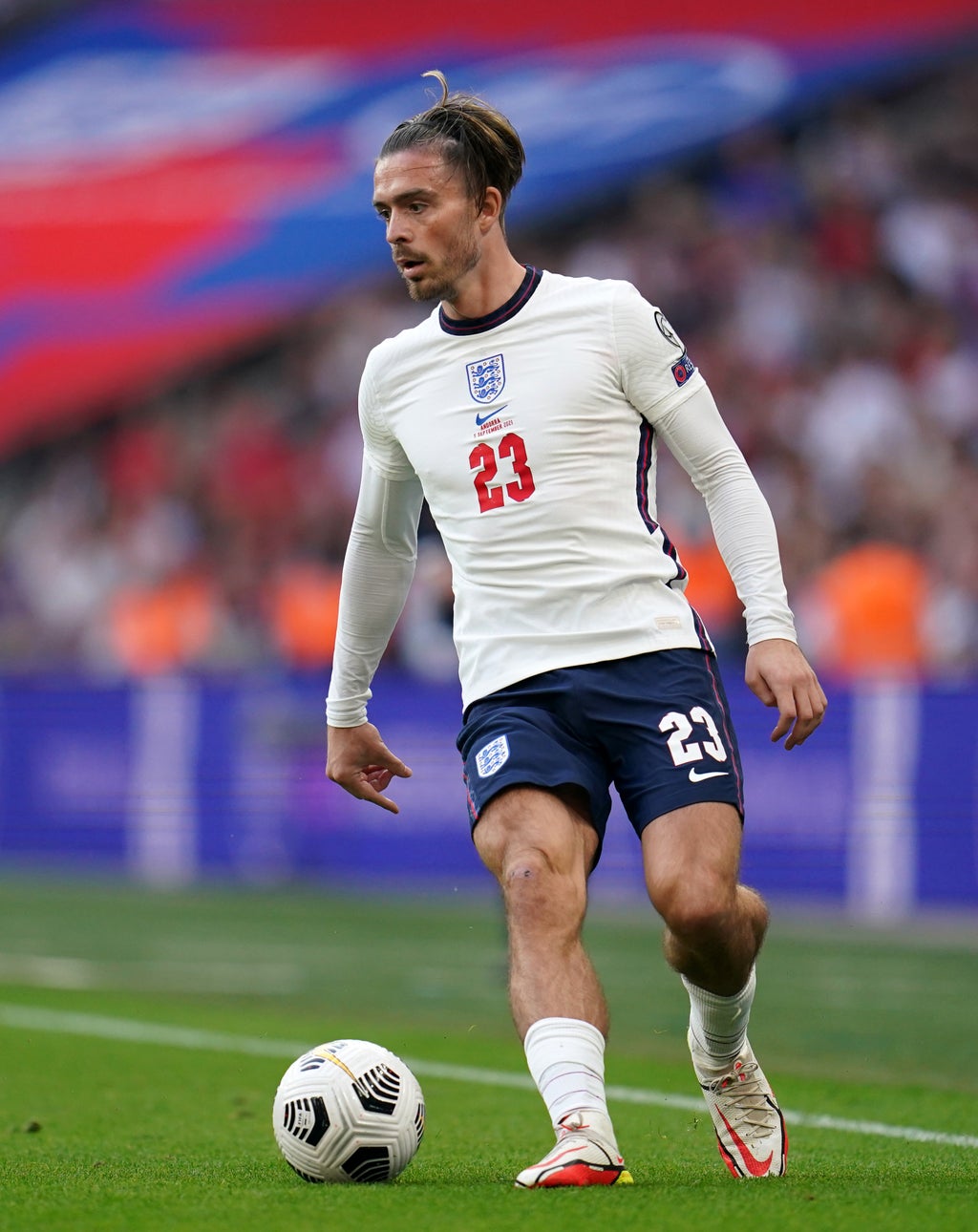 Gareth Southgate wants Manchester City playmaker Jack Grealish to break his international duck and join England’s other attackers in bringing goals to the side.

The 26-year-old became a fan favourite during the Three Lions’ run to the Euro 2020 final, with City paying Aston Villa a British record £100million for his services shortly after the tournament.

Grealish will look to build on early promise when Pep Guardiola’s side take on Liverpool in Sunday’s blockbuster Premier League clash before attention turns to helping England reach next year’s World Cup.

Qualifiers against Andorra and Hungary await and Southgate hopes the 15-cap international will this month finally score his first goal for his country.

“I think he recognised with us we asked certain things of him, in terms of when he first joined us, the pressing,” the Three Lions boss said of Grealish, who made his senior debut in September 2020.

“I think the big challenge with us is he’s 15 games without a goal, so the big challenge is to start registering those numbers that our other wide players have been able to produce over a period of time. There’s no reason he can’t do that.

“When we had him at the end of the season, he was only able to train two days in every three, so completely different situation to the European Championships, that’s for sure.”

Southgate has seen a change in Grealish’s positional awareness under Guardiola, having been given more licence to roam at Villa.

The 26-year-old is among five City players in England’s 23-man squad for this month’s World Cup qualifiers and Southgate is not worried about the competition at club level restricting game time for his players.

“I think it’s good for us because none of them are going to be flogged,” Southgate said when asked about Grealish’s arrival impacting the game time of Raheem Sterling and Phil Foden at City.

“They are all going to play in a team that play fantastic, attacking football.

“They might not individually play as much as they would like, but I think they are all going to play enough, so they will have that sharpness.

“If they are not getting as much football as they like, they will probably have a bigger desire to play with us and score goals with us.

“A little bit of that is still to unfold because Phil is only just coming back from the injury.

“Nice decisions for Pep to have with the squad he has got – we also have some of those difficult calls to make.”

This month will be the seventh international get-together since coronavirus changed the landscape and comes amid fresh reports about vaccination rates within football.

The Sun claimed on Saturday that at least five members of the England squad were refusing to be vaccinated, with the organisers of the Qatar World Cup reportedly planning to ban unvaccinated players.

Asked before the story’s publication about the vaccination rate in England’s squad, Southgate said: “I don’t know – our medical team would know but they wouldn’t be telling me who is and who isn’t.

“We will have an idea because there is going to be some things where one group is going to go through one door and another will go through another over the next few months, so I don’t know quite how we are going to keep that medical confidentiality.

“I don’t think with us it is going to affect us that much, because whenever the players are with us we’re always going to be in a bubble and on a sporting exemption, so I guess the bigger issue is going to be players going back to clubs or clubs travelling in certain countries.

“What we do know is that, even with the vaccination, it’s not going to stop people catching it, so our concern on a broader welfare thing is helping everybody to get through this pandemic and I don’t see another way other than a huge vaccination programme frankly.

“I am yet to be advised by those that don’t see it that way what the alternatives are.

“But from a managing the team perspective our risk because of their age is more about they are going to miss games because they catch it.

“But actually, even if they are vaccinated, we still have to take those precautions because they can still catch it and therefore be ruled out of games, so it’s a strange one for us.

“I think we have to make the right representations because we have a responsibility to the broader public to help people get through the virus, but also I understand young people are going to have individual views on how they see it and they’re going to be influenced by what they read and what they see, so it is a far from straightforward cycle.”