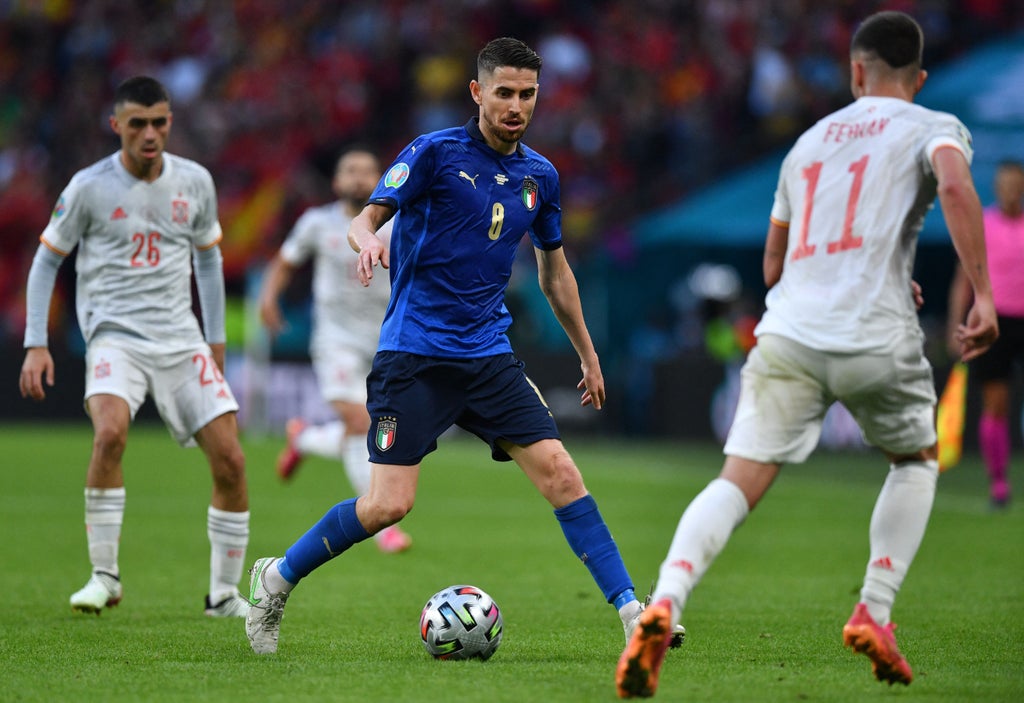 European champions Italy play Spain tonight in the semi-finals of the Uefa Nations League, who will be out to avenge their defeat to Azzurri in the last four of Euro 2020 in July.

Italy defeated Spain 4-2 on penalties to advance to the Euro 2020 final after the teams played out an enthralling 1-1 draw at Wembley. Federico Chiesa’s strike was cancelled out by Alvaro Morata’s finish, as Luis Enrique’s side produced their best performance of the tournament before being eliminated on spot kicks.

Roberto Mancini’s Italy have since broken the world record for the longest international unbeaten run, but they dropped points to both Bulgaria and Switzerland in September’s World Cup qualifying fixtures.

Spain, meanwhile, lost their first World Cup qualifier since 1993 last month as Sweden produced a 2-1 win, and La Roja are without a number of first-team players for tonight’s match due to injuries.

Here’s everything you need to know for the match this evening.