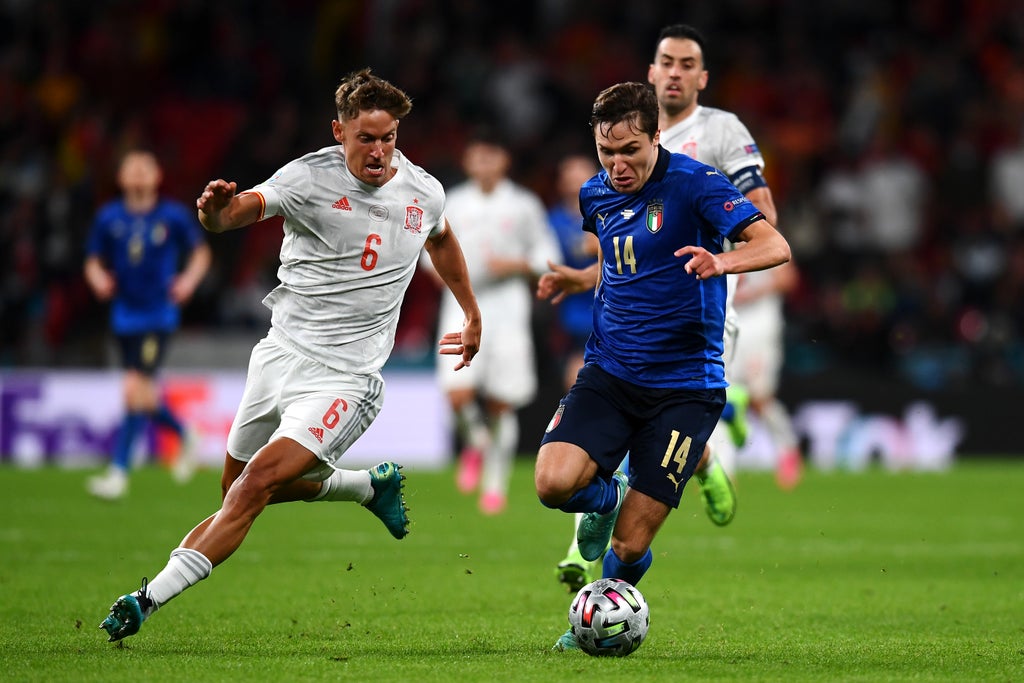 Italy take on Spain tonight in the semi-finals of the Uefa Nations League, just over three months after their enthralling encounter in the last four of Euro 2020.

European champions Italy prevailed in a tense penalty shootout after the sides played out a 1-1 draw at Wembley, with Alvaro Morata cancelling out Federico Chiesa’s opener.

Luis Enrique’s side will therefore be out for revenge in the second edition of the Nations League finals, with France and Belgium in action in the other semi-final tomorrow.

Italy advanced to the last four after topping Group A – which featured Netherlands, Poland and Bosnia and Herzegovina – while Spain progressed past Germany, Switzerland and Ukraine in Group D.

Here’s all you need to know ahead of the semi-final match.

Italy are without their two main strikers from their Euro 2020 campaign, with both Ciro Immobile and Andrea Belotti unavailable due to injury. That opens up an opportunity for either 21-year-old Sassuolo striker Giacomo Raspadori, who scored his first goal for the Azzurri in September, or Moise Kean, who scored twice on his last appearance for the national team.

The rest of the Italy side will be made of up the team that featured against Spain and England for Roberto Mancini’s side at the European Championships in July.

Spain have been hit by a number of injuries for the Nations League semi-final, with Gerard Moreno, Alvaro Morata, Pedri, Dani Olmo and Jordi Alba all out. West Ham’s Pablo Fornals and Manchester City’s Ferran Torres could be handed starts for Luis Enrique’s side, while 17-year-old Barcelona midfielder Gavi could make his international debut.