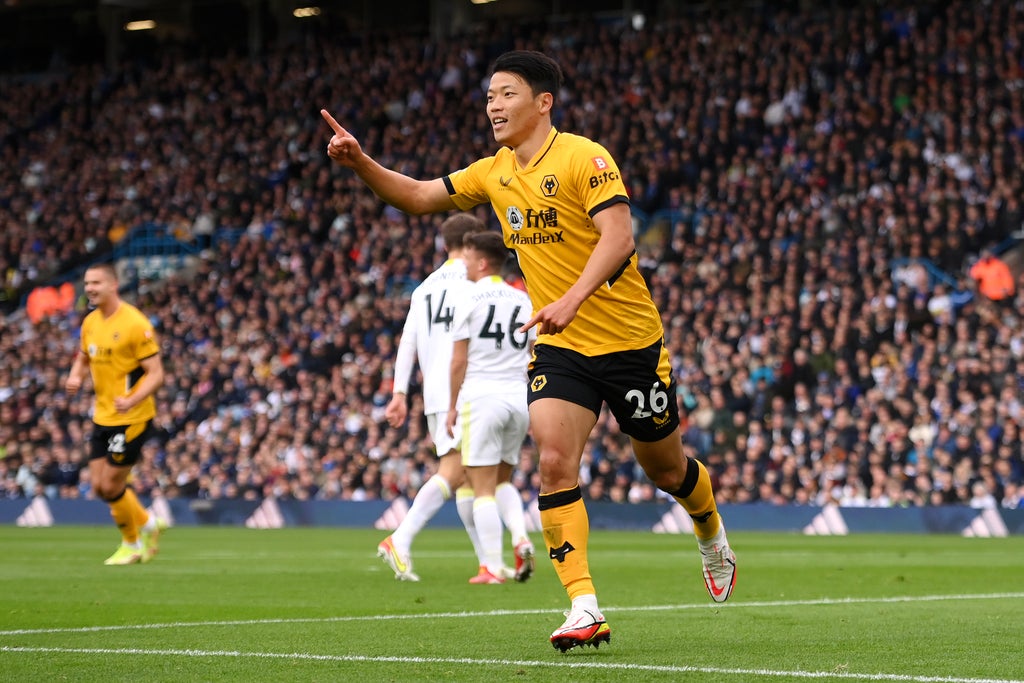 Wolves will be aiming to continue their unbeaten run when they welcome an Everton side who have suffered back-to-back defeats under Rafael Benitez.

Bruno Lage’s side were denied a fourth consecutive win after Rodrigo’s late penalty salvaged a point for Leeds at Elland Road, but recent results have seen Wolves move up the table following three defeats to open the campaign.

Everton conceded four late goals to slide to a shocking 5-2 home defeat to Watford last weekend, their second defeat on the bounce following a 1-0 home loss to West Ham.

Benitez will be under pressure to secure a result after his side were booed off the pitch at Goodison Park following the Watford defeat, with the Spaniard still looking to prove himself to the Everton faithful following his controversial appointment in the summer.

Here’s all the information you need to know ahead of the match tonight.

When is Wolves vs Everton?

The match will kick off at 8pm GMT on Monday 1 November.

Ruben Neves could be available for Wolves after returning to full training this week, while Pedro Neto and Jonny Otto remain long-term absentees.

Richarlison is in contention to start for Everton after he came off the bench in the 5-2 defeat to Watford last weekend. Abdoulaye Doucoure, Dominic Calvert-Lewin, Yerry Mina, Andre Gomes and Fabian Delph remain out.

Both sides seem to be susceptible defensively while finishing and shot creation in close matches remains an issue. This is likely to be a draw. Wolves 1-1 Everton