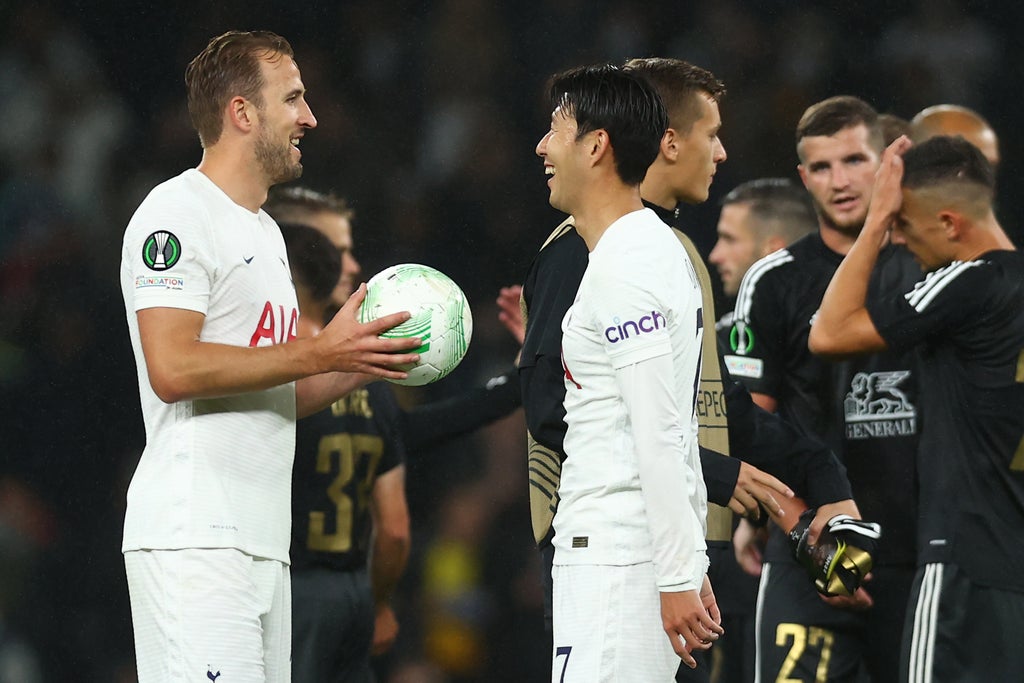 Tottenham face Dutch side Vitesse in the Europa Conference League this evening as Nuno Espirito Santo’s side look to continue their unbeaten start to the group stage.

Spurs sit level on points with Rennes in Group G with both sides having picked up four points from their opening two fixtures. After they shared the points in the opening match of the campaign, Spurs thrashed Slovenian side Mura 5-1 last time out while Rennes came from behind to beat Vitesse.

The Eredivisie side are sixth in the table and qualified for this competition after finishing fourth last season.

Harry Kane scored a hat-trick on his last Conference League appearance as Spurs thrashed Mura and the England captain scored his first goal of the season in the Premier League on Sunday as his side defeated Newcastle 3-2 at St James’ Park.

Here’s everything you need to know ahead of the match tonight.

When is Vitesse vs Tottenham?

The match will kick off at 5:45pm BST on Thursday 21 October.

It will be shown live on BT Sport 1, with coverage starting at 5:15pm. BT Sport subscribers can also stream the watch on the BT Sport website and mobile app.

Nuno Espirito Santo will likely make several changes to his side ahead of Sunday’s trip to London rivals West Ham.

The Spurs manager only has a couple of injury doubts, with Matt Doherty picking up a knock on international duty and Ryan Sessegnon yet to return to training following a hamstring injury.

Nuno has been boosted by several returning players and tonight’s match is a good opportunity for many to show what they can offer. With that in mind, Spurs should have too much here. Vitesse 1-3 Tottenham