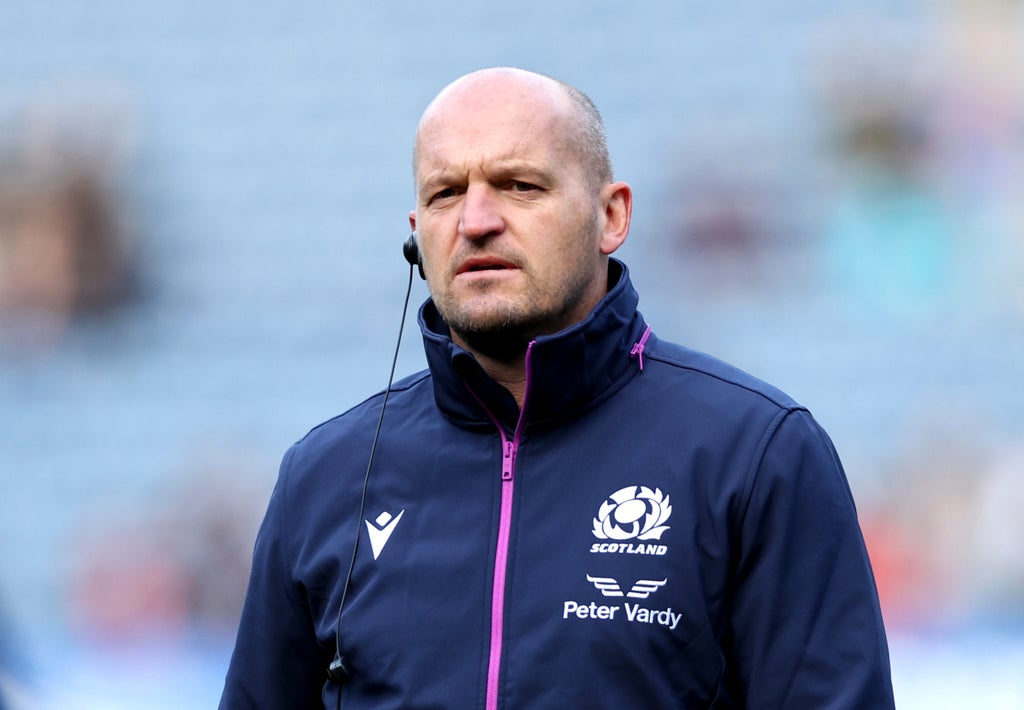 Scotland sank the Wallabies with a 15-13 victory to build on the 60-14 thrashing of Tonga the previous weekend.

FOLLOW LIVE: All the build-up and action as Scotland host South Africa

With Japan to come next, victory over the Springboks today could set up Gregor Townsend’s team for a perfect autumn of results, building towards the Six Nations in the spring.

Townsend has opted to bench flanker Hamish Watson for the clash in one of four changes.

When is Scotland vs South Africa?

The match kicks off Saturday 13 November at 1pm GMT at Murrayfield.

Scotland have brought back centre Matt Scott after a four-year absence in one of four changes to their team to take on world champions South Africa in their test at Murrayfield.

Coach Gregor Townsend sprung several selection surprises, including dropping Hamish Watson despite him playing against the Springboks for the British & Irish Lions earlier this year.

Scott, 31, will play for the first time since a 34-13 win over Italy in Singapore in 2017, partnering Lion Chris Harris at centre while Townsend picked the speedy 21-year-old Rufus McLean on the wing for only his second cap after two tries on debut against Tonga at Murrayfield a fortnight ago.

“Scott picked up injuries at the wrong time in the past but has gone on to show what he can do at Leicester Tigers. His ball carrying and work rate could work for us,” Townsend told a news conference.

Nick Haining replaces Watson among the loose forwards in another selection surprise. He will play on the blindside with Jamie Ritchie switching over to openside while Watson is on the bench.

“Nick performed very well in a physical game against France earlier this year in the Six Nations and his style of play will benefit us,” the coach added.

“Hamish has also played not much rugby so it’s also about protecting him.”

Former captain Stuart McInally, who was sick last week, will play at hooker in place of George Turner, who hurt a rib in last Sunday’s 15-13 win over Australia and was not considered.

“Sunday’s result against Australia was another positive step in the evolution of this team, but there is more to come from this group. And we’ll have to raise our level of performance on Saturday against the world champions,” said Townsend.

“We know what to expect from the Springboks in how they play and the physicality they will bring across the team. We have therefore selected a side that we believe can both meet that challenge and give us the platform to impose our game on the opposition. It should be a full-blooded contest and will require an intensity and focus across our 23-man squad for the full 80 minutes,” the Scotland coach added.

Scotland are going brilliantly so far this autumn and will give South Africa a hard-fought game, but the Springboks should have enough up front to get the upper hand at the set-piece and breakdown, which will build a platform from which to win the game. South Africa to win by 10 points.