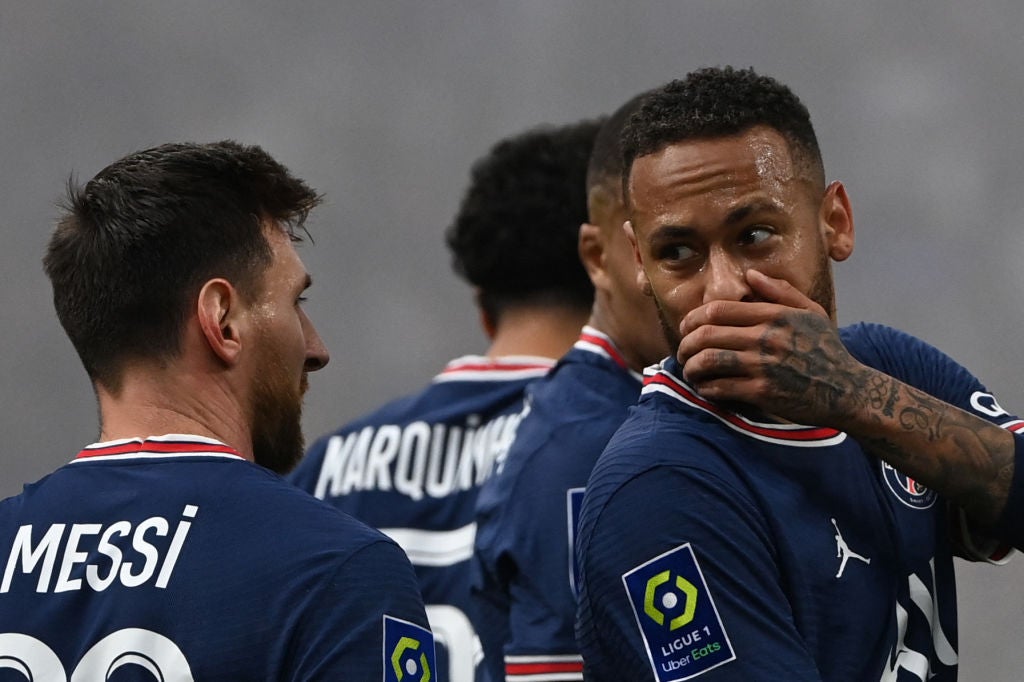 Paris Saint-Germain will look to make it 12 straight matches at the start of the Ligue 1 season without defeat on Friday night, when they face Lille OSC.

It is a meeting of last season’s champions and the richest club in the country expected to win everything almost every year, which only serves to underline the scope of Lille’s achievements in 2021.

This time around there’s a huge gap between the clubs already, PSG top by seven points and LOSC in 10th, with Mauricio Pochettino’s men heavy favourites to triumph here.

Lionel Messi is still waiting for his first league goal for his new club, following a goalless draw against Marseille last time out.

The match kicks off at 8pm (BST) on Friday 29 October at the Parc des Princes.

The fixture will be shown live on BT Sport 2 and subscribers can stream it via the BT Sport app or desktop website.

Achraf Hakimi was sent-off in the last match and misses out here, while Sergio Ramos and Leandro Paredes are still struggling with calf and thigh issues respectively. Marco Verratti should be fine to feature after coming off against Marseille.

Renato Sanches could start for Lille after coming off the bench in the draw at the weekend, while Sven Botman is sidelined for the next few weeks.

PSG haven’t been an all-round impressive unit over the last few weeks but should have more than enough to pick up another domestic win. PSG 2-0 Lille.