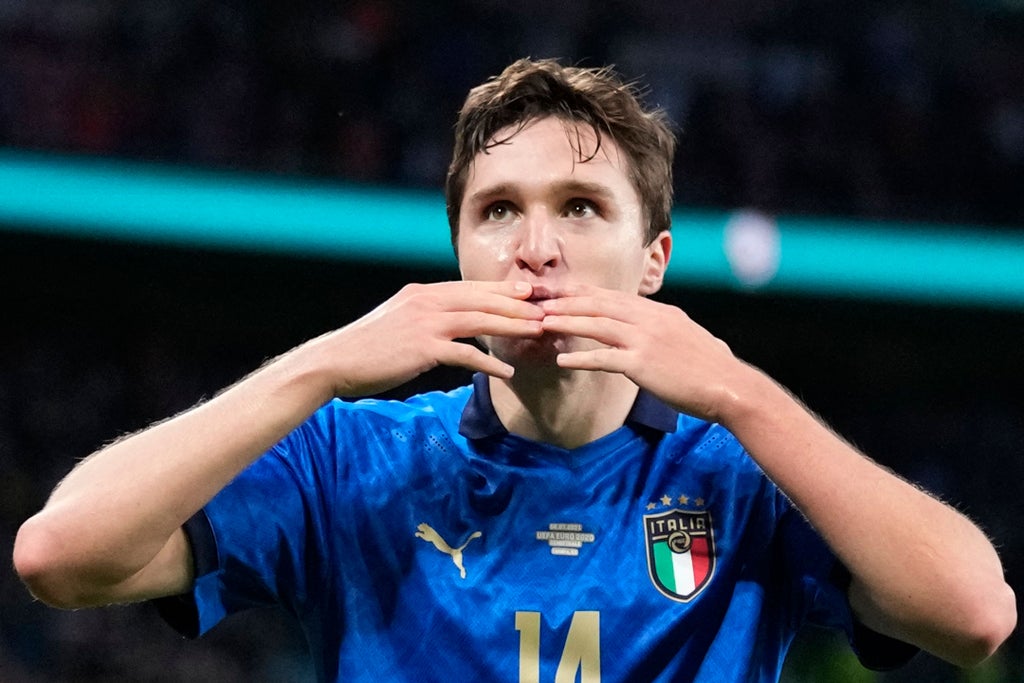 Italy face Spain tonight in a rematch of their Euro 2020 semi-final, this time meeting in the last four of the Uefa Nations League at the San Siro in Milan.

Both sides reached this stage after finishing top of their Nations League groups, with Italy edging the Netherlands and Spain topping Portugal in their respective pools last November.

Roberto Mancini’s Italy are on a world-record 37-match unbeaten run, which included their 1-1 draw against Spain the Euro 2020 semi-finals at Wembley before they progressed in a tense penalty shootout.

Luis Enrique’s Spain side produced their best performance of the tournament against the eventual winners but are missing several key first-team players for tonight’s match. The winners will face either Belgium or France in Sunday’s final, while there is also a third-place play-off for the losers of the semi-finals.

Here’s all you need to know ahead of tonight’s match.

Italy are without their two main strikers from their Euro 2020 campaign, with both Ciro Immobile and Andrea Belotti unavailable due to injury. That opens up an opportunity for either 21-year-old Sassuolo striker Giacomo Raspadori, who scored his first goal for the Azzurri in September, or Moise Kean, who scored twice on his last appearance for the national team.

The rest of the Italy side will be made of up the team that featured against Spain and England for Roberto Mancini’s side at the European Championships in July.

Spain have been hit by a number of injuries for the Nations League semi-final, with Gerard Moreno, Alvaro Morata, Pedri, Dani Olmo and Jordi Alba all out. West Ham’s Pablo Fornals and Manchester City’s Ferran Torres could be handed starts for Luis Enrique’s side, while 17-year-old Barcelona midfielder Gavi could make his international debut.