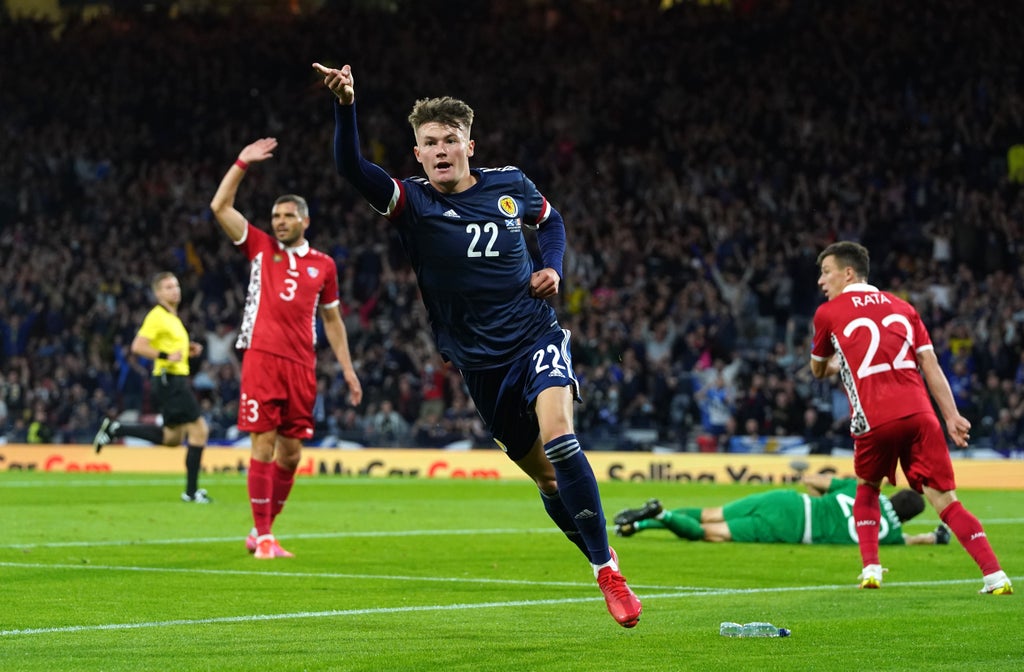 Scotland take their attempts to make it into the play-offs for next winter’s World Cup in Qatar to the Faroe Islands on tonight.

Steve Clarke’s men secured a very late win over Israel at Hampden Park on Saturday so must complete the job with a win against the Faroes now and Moldova next time out.

A 4-0 victory in the reverse fixture at Hampden eight months ago is a positive sign, but the Scots can’t afford to be complacent as they look to qualify for a World Cup for the first time since 1998.

Scotland are currently second in Group E, behind only leaders Denmark, and are now four ahead of play-off spot rivals Israel.

Here’s all you need to know about the game.

The match will kick-off at 7.45pm in the UK, with the fixture taking place at the Tórsvøllur stadium in Tórshavn, the capital of the Faroe Islands.

Faroe Islands vs Scotland will be shown live on Sky Sports Football in the UK, with coverage beginning at 7pm.

The Faroes are one of the weakest teams in international football and Scotland really should be winning this one. 2-0 to the away side.